When I was an impressionable young teen my mother (who is about the most gorgeous, glamorous creature you ever did see) always told me to make sure I had my lips and mascara on and my hair looking good before I walked out the door, because you never know when you’re going to run into Robert Redford. 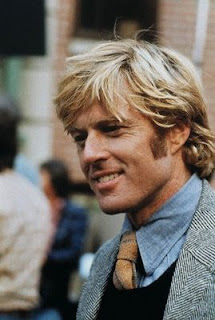 Now, not only did I not have much interest in Redford, but living in a small city in New Zealand, the likelihood of bumping into him on the way to the store was somewhat remote. However, she had never steered me wrong, and in the divine world of fabulous, she had it going on. Actually I blame her for this obsession I have with skin care and make up…. 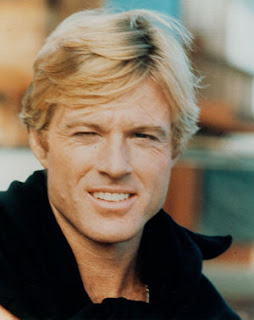 Anyway, the pattern was set, and I always made sure I was putting my best foot forward everywhere I went. Just in case, you know?
(She also told me to always have clean underwear on in case I had to be taken away in an ambulance, so I’m placing my lingerie obsession squarely on her shoulders too).

So last night we went to Chase Field to a Diamondbacks game. (I love going to see any live sporting event) and, of course, I had my lips on, and my hair pulled back into a fab pony. It was the Robert Redford factor, still in place all these years later.
And wouldn’t you know it I looked up and there I was in all my glory way up there on the Jumbo-tron.
Now as far as I know, I didn’t know a soul in that 22 000 strong crowd, so it didn’t matter in the least, and even if I knew them all it still wouldn’t matter, but my first thought was “thank God I just put more lipgloss on…”

And as for Redford? Mothers are more prescient than we give them credit for. Shortly after moving to Hollywood a publicist we knew gave amazing opening night tickets to my friend Mia (fabulous casting director who you’ll be meeting soon) and me to see Glenn Close playing Norma Desmond in the stage production of Sunset Boulevard. The show was to die for!
Five minutes before showtime who should walk in and sit directly infront of us? None other than Robert Redford himself! 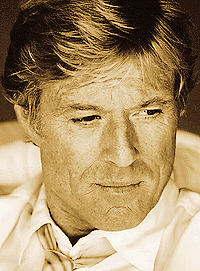 A little side note here – he had the most amazing thick head of hair, and as soon as the lights went down, without thinking, Mia and I both leaned forward and smelled it… 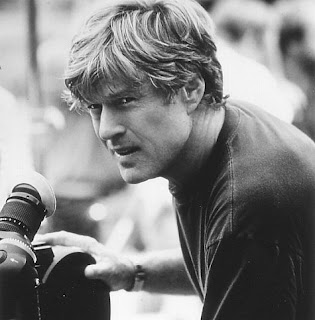