One of the things I love about working in TV/Film/Music Videos etc is all the “behind the scenes” action. Its so cool and interesting seeing how it all comes together. And if its interesting to me, chances are you might just enjoy a little sneak peek here and there too…

I have a fabulous friend who is a big casting director in LA. We met a lifetime ago when we were room mates in London. She’d just been at the Sorbonne in Paris, and I’d just finished Make Up School in London. We both wound up in Los Angeles, living these crazy Hollywood lives – a long way from my life growing up in New Zealand!

Anyway, I decided it might be fun to introduce to her to you, and do a little interview with her. I took up a bunch of time in her crazy busy day, and I’ve tried to think up questions that might be interesting to you, but feel free to send me more, we can always bring her back for round 2…..

So everybody, meet my friend Mia Levinson! 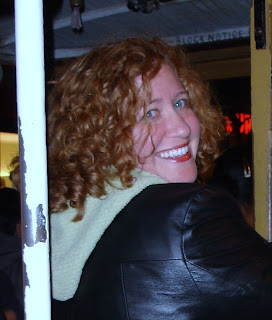 Isn’t she gorgeous? Tons of wild red hair, and one of those Julia Roberts smiles that just lights up the whole room

CB: So Mia, tell me about the process. How does a production find you?

ML: It largely happens thru existing business relationships with producers, directors, writers and studios. They call to see if you’re available for the project. Also the networks will contact casting executives who then take meetings with various casting directors who might be a good fit.

CB: How many read throughs of the script do you do before you start visualizing who you’ll cast? How does that all happen?

ML: Usually I start getting ideas on the first reading. I take notes while I’m reading it and make lists of potential actors for each part. I always have plenty of names on tons of lists. Sometimes I can be on page 20 and have cast the whole project in my mind.

CB: The job doesn’t end when the leads have been cast. What happens next?

ML: Well, you cast the first 10 then the smaller parts.
The first 10 are your leads, any big name actors attached to the project, and the parts that have the most shoot days.
You look at the “Day Out Of Days” (which is like a shoot schedule for the various characters). You see which roles have the most days on the D.O.O.D, then start casting the most top-heavy parts first, and work your way down.

CB: How does casting a movie differ from casting TV shows?

ML: The pace. On TV you might be casting 25 people every 8 days. On film maybe 25 people in 10 weeks.
With TV you may only see an actor the day before or two days before he shoots his scenes, in film you see them six weeks before (on average).

CB: We all know the big name actors, but how do you find the others?

ML: You get a good working knowledge of the actors who are around. Over the years you’re taking tons of meetings, doing endless auditions and readings. You’re watching all kinds of movies, agents are sending you recommendations. You meet people, watch their reels etc. They might not be right for the role you’re casting today, but they stay on your lists. You never know when something will come up that they’ll be perfect for.

CB: Whats your favorite part about being a casting director?

ML: Having a lot of creative input, and helping paint the picture and create the vision of the people who wrote the piece and are directing it.
And its cool, and its fun!!!

CB: You have met and worked with everyone. Is there anyone left who would you get a kick out of meeting?

CB: Who have been some of your favorites? (I’m including some production stills that Mia sent me, just to keep this nice and juicy!) 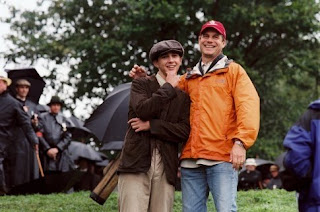 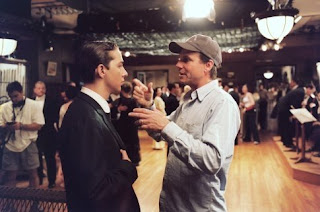 John Travolta is one of the nicest people I’ve ever met. Bruce Willis, James Franco. 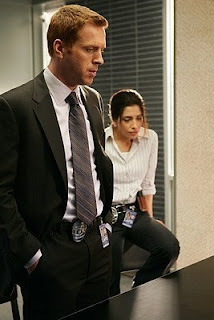 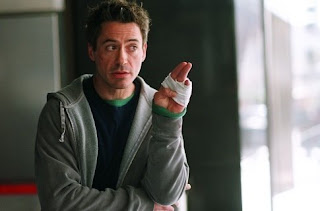 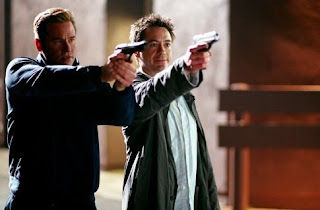 (CB is just beside herself here – Robert Downey Jr is one of my absolute, absolute favorite actors! I just LOVE him!!!)

ML: Steven Spielberg is cool, and Kate Capshaw too. Harrison Ford, I love Eddie Izzard.
Stuart. (Townsend who she cast in Nightstalker – that was me talking again…) 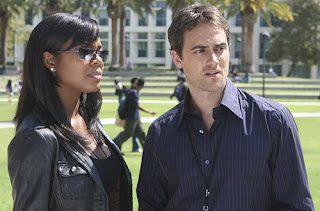 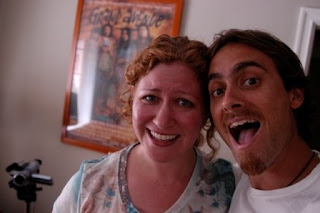 Mia and Stuart in her office. 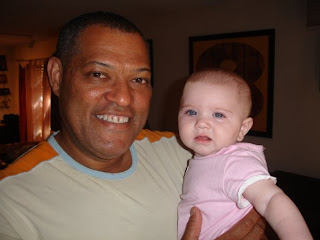 CB: Mia has worked on some really cool productions including:
Touched By An Angel
Life
Nightstalker
Kiss Kiss Bang Band (Robert Downey Jr!)
How To Make An American Quilt (Winina Ryder)
House of Wax
George of the Jungle
Firewall (Harrison Ford!)
The Greatest Game Ever Played
Murder at 1600
US Marshalls (Tommy Lee!)

If you’d like to see more of what Mia has done check her out on imdb.com