Have you ever wondered how they make the animated faces work in video games? Not the Super Mario kind of animated, but the kind where it looks like real people animated? Well, frankly, neither had I. I can’t even do an excel spreadsheet, let alone play Call of Duty.

But then I got booked on a very cool job with a company called Captive Motion, and that is exactly what they do! They have become a great client of mine now and I work with them often.
Their specialty is animating faces and bringing them to life with all the facial tics, expressions and characteristics of a real person. Oftentimes a video game is designed to accompany a blockbuster movie, and so a specific actor has to be recreated. That, in and of itself, is a crazy difficult task.

Then Adam Kraver, the mastermind behind Captive Motion, came up with a brilliant new technology for creating faces on computers for video gaming, and all manner of other applications.
I don’t even pretend to understand it, but it is completely genius!

Without giving away the proprietary secrets, I can tell you that the actor comes into the Captive studio, and into the ‘make up’ chair, where I start coloring in the face for the computer. Its all actually very specific. 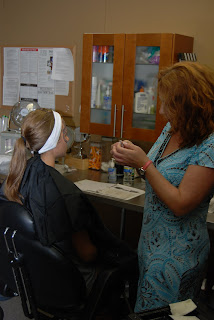 They then act out their scene on camera, the colored dots talk to the computers and next thing you know a face gets created. Either a brand new fictitious person, or the replica of the actor. 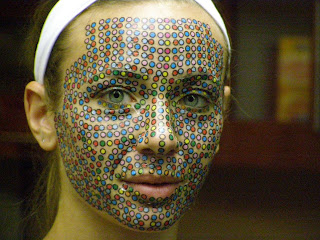 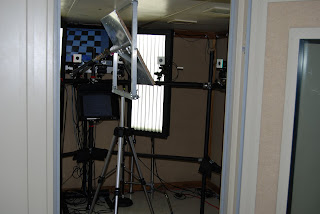 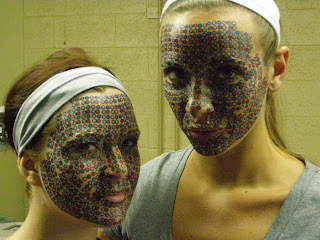 In order to really see what I’m getting at here, go to their website, www.captivemotion.com and watch the video demo.

Its quite something! In fact, I’d have to say, it’s amazing!
I just love being a very (very, very)peripheral part of something as exciting as this break through technology, even if I cannot even begin to understand it…..