…well, actually, no I’m not – I’m CorinnaB….
But for those of you who haven’t met her yet, its high time you get to know the real Jessie James 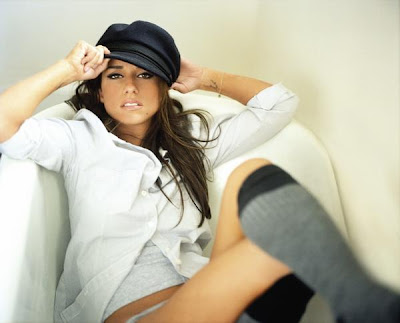 The reason I’m writing about her today is that finally, finally, after a crazy long wait, her debut album “Jessie James” is all set to drop Tuesday August 11th!

And you need to buy it. 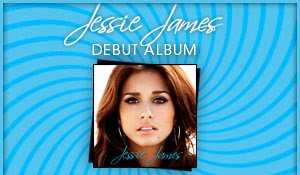 Jessie’s sound is a cool pop/country/rock fusion. And she is soooo good!
J.J is one of those tiny little things with a mighty, mighty, powerful voice. Reminds me of Christina Aguilera with a touch of Nashville added in.

I wanna wear my hair up in a mess/ cut off jeans / can you get with that?

She’s been doing some pretty huge things already, and has built herself a massive following. The pop out player on her myspace page has had more than 7 million hits, and some of them weren’t even me! You can actually hear the entire album on myspace.

For the past year her song “Guilty” has been on my myspace profile. (You’re on myspace? Cool – come friend me!) It’s my favorite track on the album, but there are so many good ones in there!
Jessie wrote or co wrote every song on the record, working with the likes of Katy Perry, Jamey Johnson, and Kara Dioguardi. 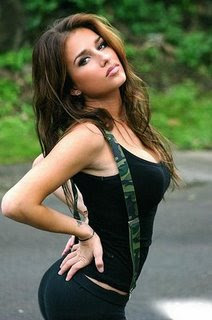 So here’s what you need to do:
Check out her myspace page
If you’re on twitter, follow her @iamjessiejames
Facebook? Here’s her page. Friend her, or become a fan.

The new album is here, so buy it or download it.

She’s touring out there now, so if you go to a show she’s opening for, or if you see her on her own, get on your feet and give her a lotta, lotta love!

I bite my lip not to scream your name/ oh baby! I feel everything/ but guilty…..