I just finished re-reading the most amazing book!
The first time through it shook me up so much that I had to go straight back to the beginning and read it again.

Its called “Dangerous Curves” and is the autobiography of racecar driver, model and entrepreneur Terri O’Connell. 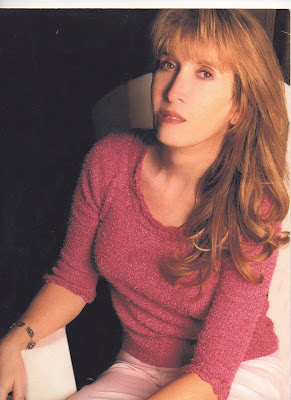 Whether you are a race fan or not, this book is a must read.
It is a compelling, heart wrenching story of beating the odds, and of the sheer force and power of the human spirit.

I haven’t been around the race world for very long – it’s only been a couple of years, but one thing is certain, this is the domain of the alpha male – a man’s man’s world. Dirt track, quarter mile or paved oval, the testosterone hangs so thick in the air you could cut it in slices. (and frankly, I love that!)

You see, Terri was born a hermaphrodite, in a small provincial town in Mississippi, in a time where genetic testing wasn’t prevalent, and the smaller medical communities weren’t adept at recognizing and identifying such biological anomalies.

CB: In my teens, growing up in a small, provincial place I had a friend who was a hermaphrodite. I witnessed first hand how cruel humans can be when faced with a situation they’ve not been educated about, and the pure havoc this lack of knowledge and accompanying fear enables the masses to inflict on the life of another human being. My friend underwent exploratory surgery at age 20 and they found all the female reproductive biology inside. But that didn’t change the gossip, innuendo and cruelty that she had to face in the outside world…

Terri was raised as a boy, J.T Hayes, who became a spectacularly successful racecar driver, but who from the age of three, knew she was a girl.

Dangerous Curves is the story of all she had to endure, the mountains she had to climb, in order to make it to the other side of what is still an ongoing ordeal. The prejudice, the hate campaigns, the injustice, coupled with an overwhelming need to survive, and a racer’s fierce competitive edge and refusal to accept anything short of a win.
While you are sitting there shell shocked by what has just transpired, Terri shifts gears and jumps into her 800hp sprint car and takes you to the dirt track for a hair-raising spin that ends with her holding yet another trophy in the winner’s circle. 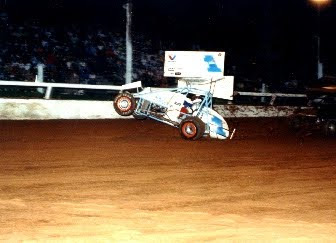 From chapter to chapter you don’t know if you’ll be in a crumpled heap on the floor, or cheering her on in a win!

Early on in the book she talks about being a 5 year old at Christmas, desperately wanting Santa to bring her a Barbie, then lying in bed Christmas night, silently crying bitter tears because Santa too wouldn’t listen, wouldn’t hear her baby voice, and gave her a train set instead.
There were times in this book when I was reduced to tears, and times when I was so inspired by Terri’s indominatable will.

Terri won over 500 professional motorsports events in 5 different racing series. She won 3 National Championships, and made it to America’s most popular racing series, The Nascar Sprint Cup.
She designed and built most of the cars that she won in.

After biological re-alignment surgery at age 30 Terri was able to move forward with her life as a very beautiful woman.

NOTE: Terri is not Trans Gender, as is often written. She was born with both male and female biology. The only surgery she had was urological re-alignment and breast augmentation.

I’ve read comments where she has been accused of having her shoulders, ribs and hips reduced. Huh??? NO. She has always had the same body. She is my height – 5 foot 6 inches, and weighs 117 lbs. Which has pretty much always been her weight. When she lived in Charlotte she was a fashion model.
She is a slim, intensely feminine, gorgeous woman who is always described as being witty, clever and charming. Even her biggest critics and detractors are blown away when they meet her. Most don’t realize that this is the same person that they have been slandering… 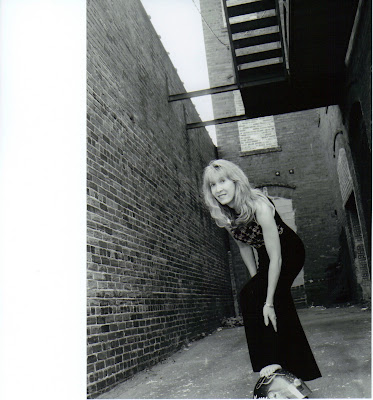 If you enjoy a little juicy gossip and intrigue, the book divulges much interesting info from behind the scenes in NASCAR, there’s a crooked congressman – all kinds of good stuff!

Dangerous Curves is a memoir about women’s issues and professional sports wrapped in the social dynamics of a small town in the deep south. It is the story of a family struggling to come to terms with a very difficult situation in a time and place where there was no road map to guide you through.
Its a story where bigotry and true southern deep love and compassion walk hand in hand through heart breaking pages. You meet some truly heinous characters, and also some of the most loving, kind humans, who’s devotion and true friendship know no boundaries, and help a wounded soul beat the odds in the face of personal danger and extreme drama.

It reads like a novel, and at times you forget that you are reading an autobiography.

Terri is making a professional motorsports comeback with Dick Barbour of Dick Barbour Racing. She has built a company that specializes in super cool Tshirts for female race fans, and is in negotiations for a reality show based on her life. 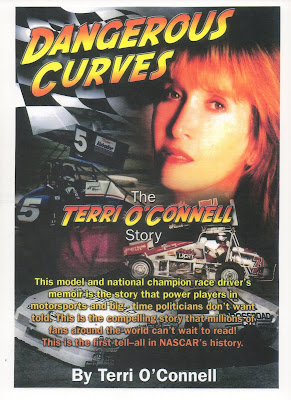 I hope you will read this incredible book. I’ll be giving it to all my friends for Christmas this year.

And buy this great book on Amazon.com Click Here