This past week I scarcely blogged at all, as I was shooting commercials all week. And it was great fun!

I took some behind the scenes pictures for you so you can see more of what its like on production jobs.
Sometimes they’re glamorous, sometimes they’re not, but invariably they are a good time.

This one was shot on location in an office building. 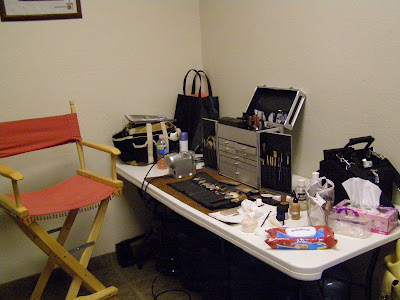 So here is the makeup palace. It was a make-shift set up in one of the back rooms. Some times you get a full makeup room with lights etc, sometimes a makeup trailer, sometimes you just find a space to work out of. Its all good! 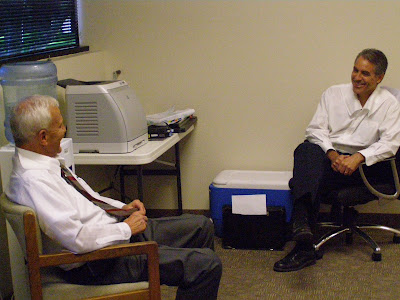 Hurry up and wait is the order of most production days. It takes a long time to re-light the set & do all that production dude stuff.
Here a couple of the actors are made up & chilling out.
I normally put kleenex collars on my dude actors to keep makeup off their shirts while they’re hanging around. The girls never seem to need it.
Our actors are playing office workers today… 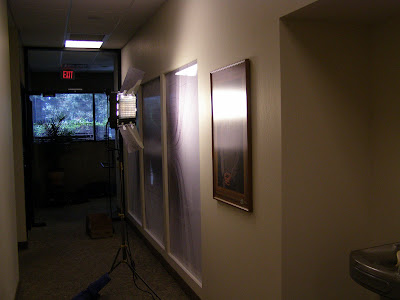 Some of the interior lighting is actually lit from outside the room.
I loved the painting on the wall here.
Check it out… 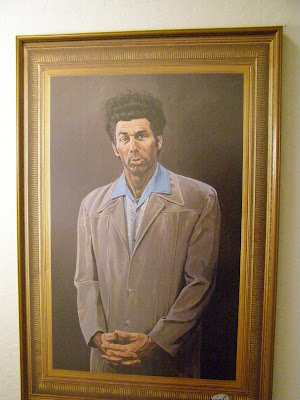 Its Kramer!!! Haaaha! I knew I was in a good place when I saw this! 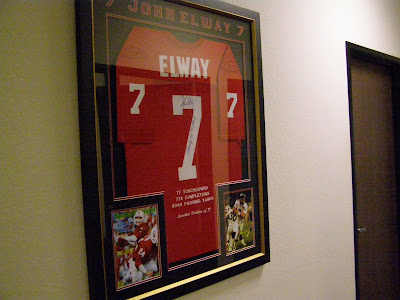 Another wall has a signed Elway shirt. You know you’re in a cool, vibey office when this is how they decorate! They also had tons of Rolling Stone magazines, so I was super happy! 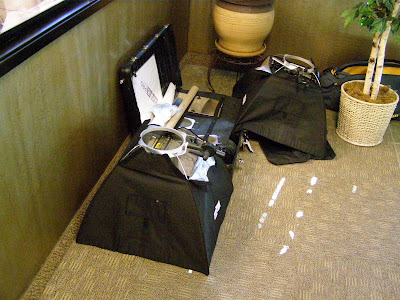 Some lighting stuff in the hallway. When we arrive somewhere to shoot, we take up heaps of space. 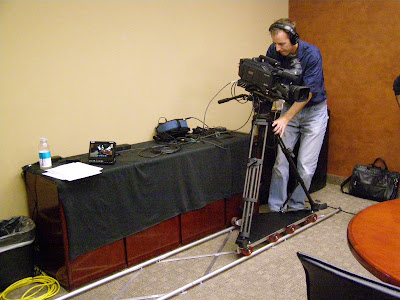 This was a single camera shoot. If you’ve ever wondered what a “dolly” is or a “dolly move”, its the camera moving down these dolly tracks as the shot is happening. 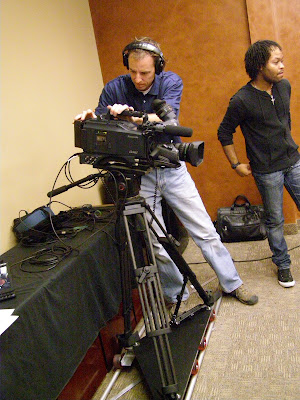 This is an HD camera. So love shooting HD! 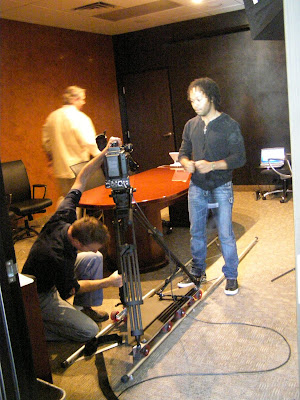 The second scene was shot in the same room, but with different lighting, from a different angle, and with different props in place, so the two shots look completely different, as though we were in different offices.

I can’t show you the actors in action, but once the commercial has been edited and has aired, I might be able to post it for you to see.

Commercials are pretty cool to work on. Generally they only take a day or two to shoot, and the make up isn’t particularly complex, so there tends to be tons of time to hang out & enjoy life.
I actually really enjoy watching them light the shots – its interesting to see how they create the environment and ambience to make you believe the story they’re telling.