This makes me happy on so many levels!!
Jessica Simpson on the cover of New York Magazine’s Spring Fashion Issue 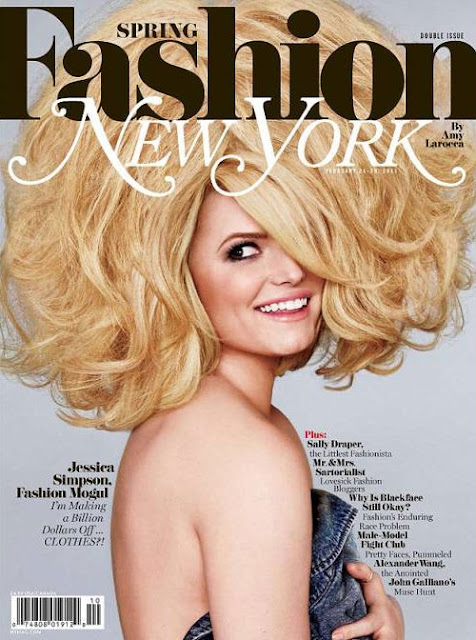 Firstly, I am loving these images! If there is one thing Jessica Simpson knows, its how to take a great picture!But actually, there is something else she knows too, and that is how to build a giant fashion empire.

In 2010 Jessica Simpson’s fashion empire rang up $750 million in sales.
To put this in perspective, that means she is selling approximately the same volume as heavy weight Michael Kors.
This year with the addition of a full ready to wear collection and a “career separates” line, sales are expected to hit the $1 billion mark. 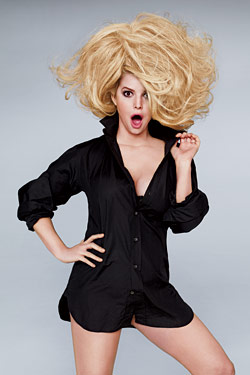 In an industry where celebrity clothing lines are doomed to fail (with the exception of the Olsen twins brilliant lines, and Victoria Beckham’s divine but tiny dress line, very few actually make it)
The magic formula seems to be the goal that: “A girl could go to the shopping mall with her mother and she’d have a great new outfit and still have some money left for lunch at McDonald’s. She can look like Jessica Simpson, smell like Jessica Simpson, and she can afford it.”

After all the attacks Jessica has had to endure about her music, her acting, her love life and her fluctuating weight, you’d think she’d enjoy taking this moment to turn her nose up at her detractors.
But not so.
Everyone who knows her (as in people at my end of the industry) talk about how totally lovely she is. Even douchey John Mayer who famously labeled her “sexual napalm” (which has to be the best compliment ever, especially allowing for how much he gets around!), races to her defense, and tells what a sweet and lovely girl she is.
And so, with sweet grace and dignity she moves forward, looking incredibly hot as she takes it all the way to the bank.