I actually had something else planned for today, more Valentines stuff, but got completely sidetracked when I saw this Kim Kardashian Harpers Bazaar cover. 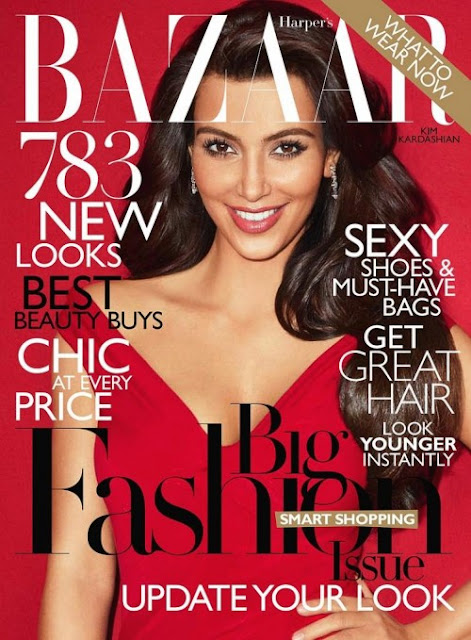 Oddly enough, the cover image is virtually identical to the Harpers Bazaar Christina Hendricks cover, pose and all. 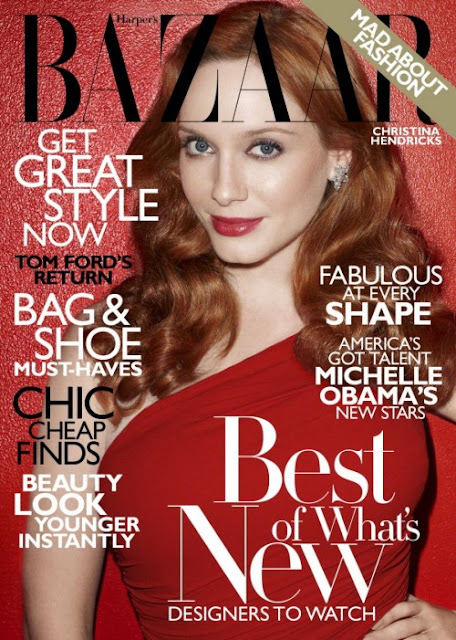 Both were shot by Terry Richardson.

In this issue, Kim Kardashian interviews her idol, Elizabeth Taylor.
Which I thought was quite odd, but of course I’m reading every line of the story. 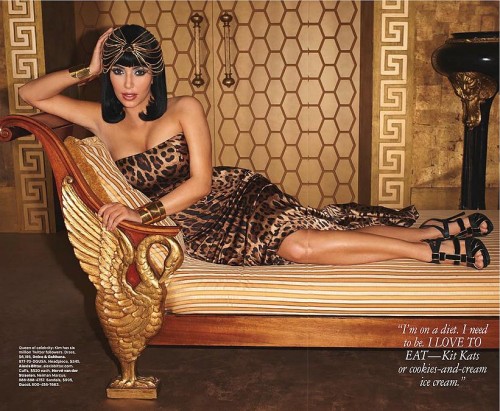 Kim also did a photoshoot to go with the piece, dressed as a Liz Taylor inspired Cleopatra. 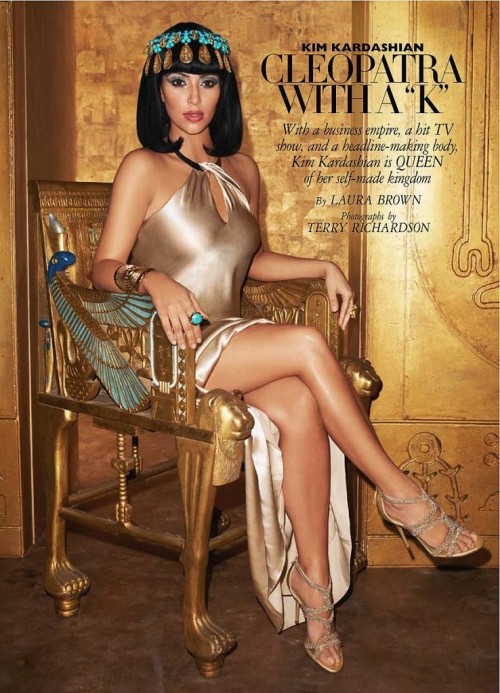 Kim talks about plastic surgery:
‘Some people say, ‘You’ve definitely had your nose done.’ If I had, I would say, ‘Here’s the doctor, he’s amazing, and I’ll make the appointment for you.’ Sometimes I’ll see pictures that say I’ve had my nose done, and the before pic is after the after.’ She adds, ‘Someone saw me last night and my nose was so contoured. And they were like, ‘You’ve had your nose done?’ And I was like, ‘No, wait until I wash my face.” 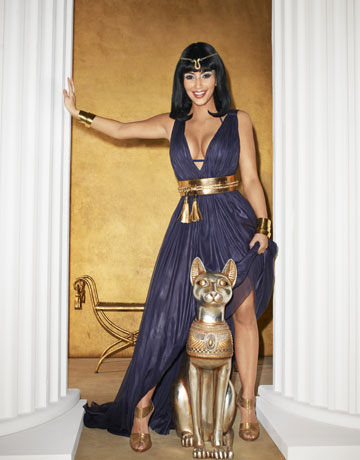 On getting botox:
‘All my friends had done it, and I was curious. But I saw such a change in what my face looked like. It didn’t work for me. Someone told me yesterday that I needed it. That is so ridiculous.’ 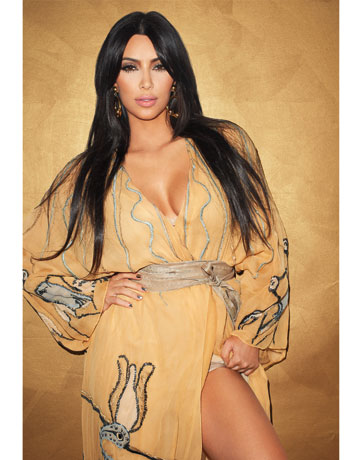 I love this shot.
Apparently Kim is wearing one of Liz Taylor’s original Cleopatra robes.

There’s even a behind the scenes video…