I love the Asian Vogues. In general I find them spectacular.

This time we’re combining Vogue Japan + local model Kelly Mittendorf + more fetish fashion.
Actually I think the fetish fashion thing has really done its dash at this point – there’s so much of it happening right now that it not only ceases to grab your attention, but barely causes an imperceptible lift of the eyebrow. 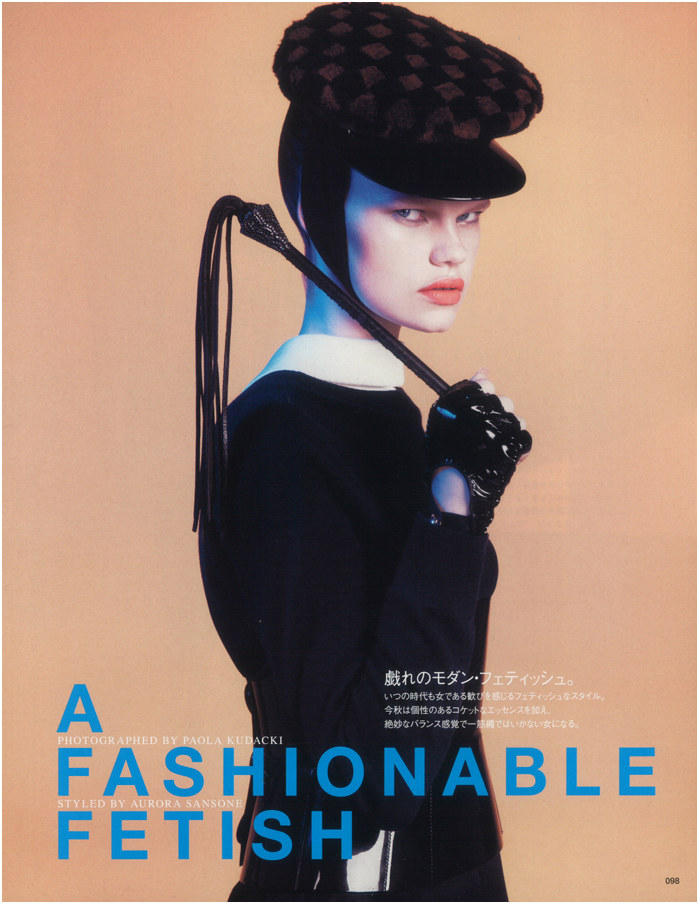 However the lovely Kelly Mittendorf is everywhere at the moment, her star making its meteoric rise.
She is going to be around for a long time, so its fun to watch her catching her stride.
Go girl. 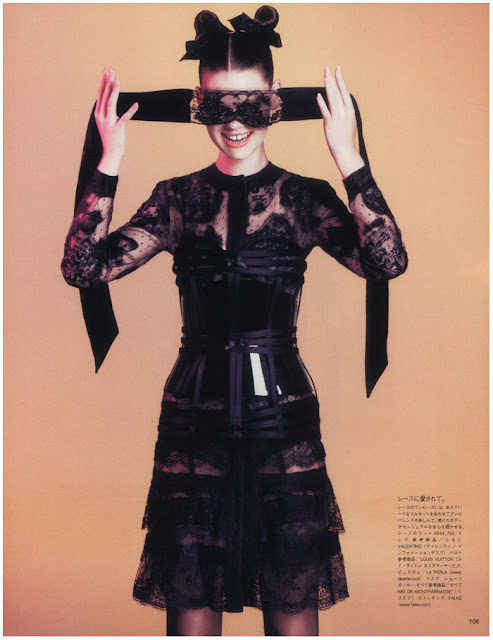 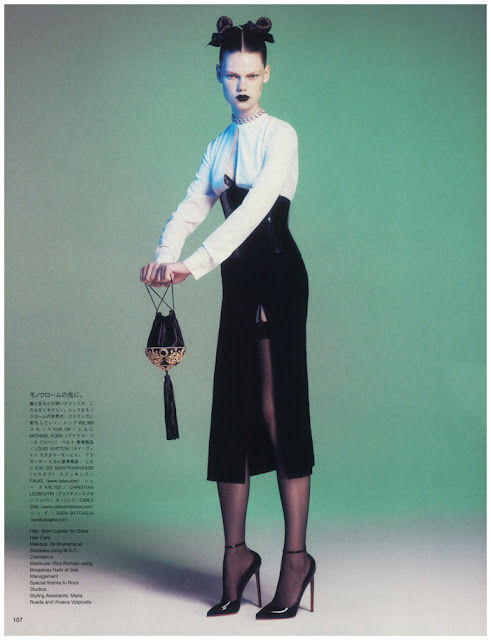 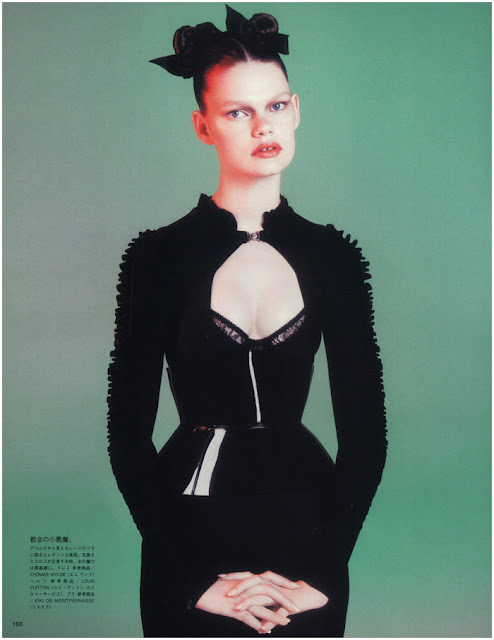 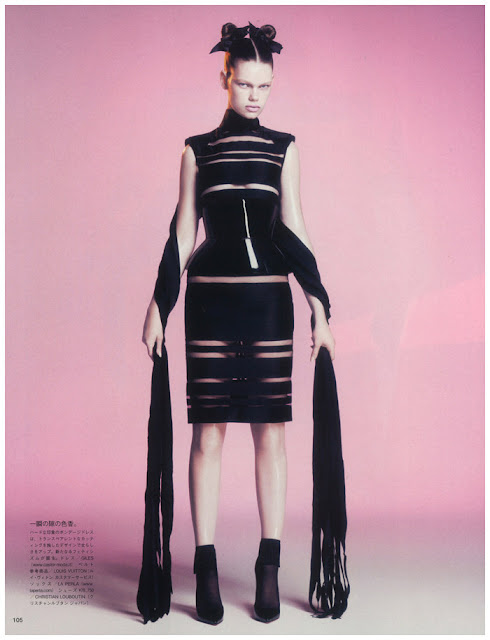 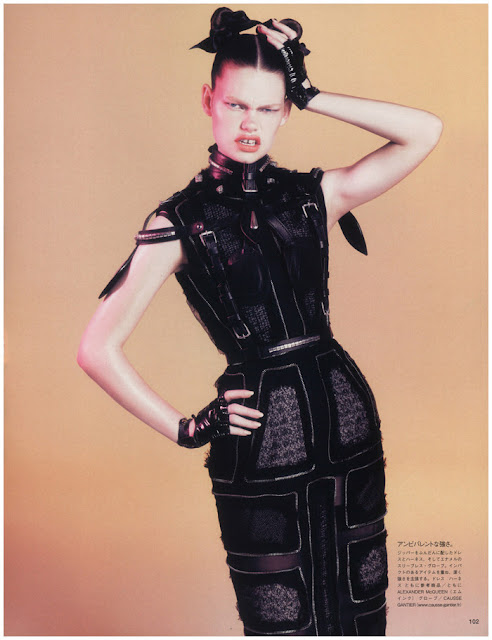 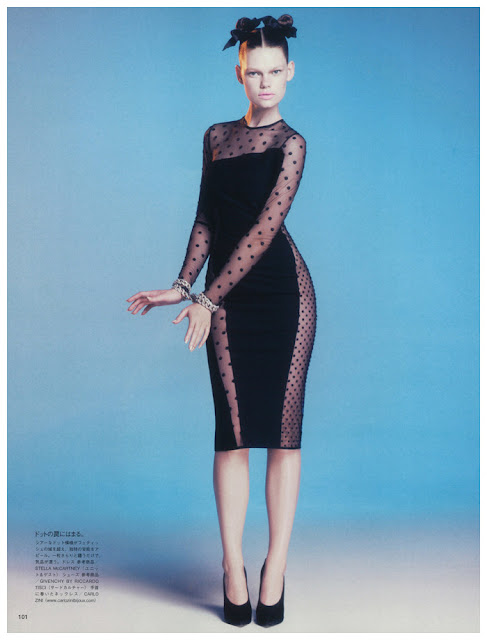 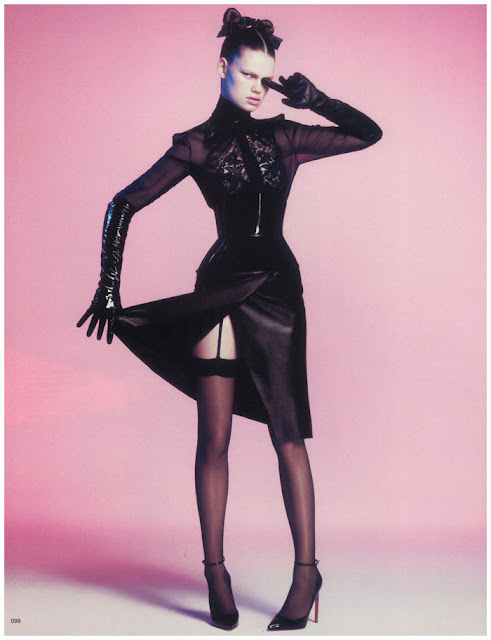 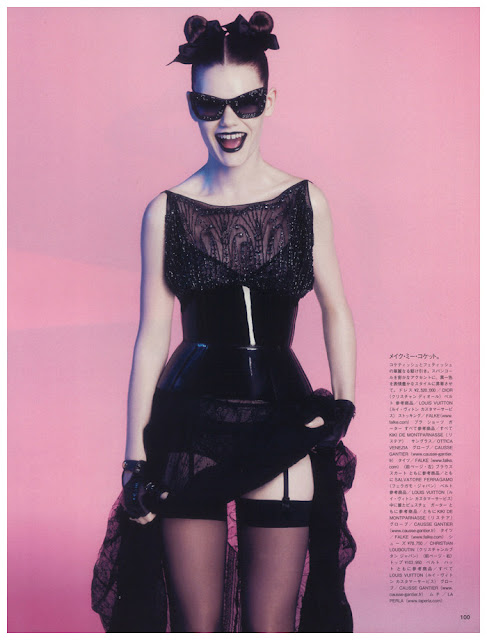