with Versace’s first couture show since 2004.

The line was classic Versace – body hugging silhouettes, bustier cuts, impossible detailing, color, sex, glamour. Heels so high it looked like the girls could fall, sleek ponytails even higher, and exquisite, dramatic eyes courtesy of makeup genius Pat McGrath. Although there were only 15 dresses

they were spectacular, fresh, new,

Hopefully at least one of these will show up on the Oscar’s red carpet in February. 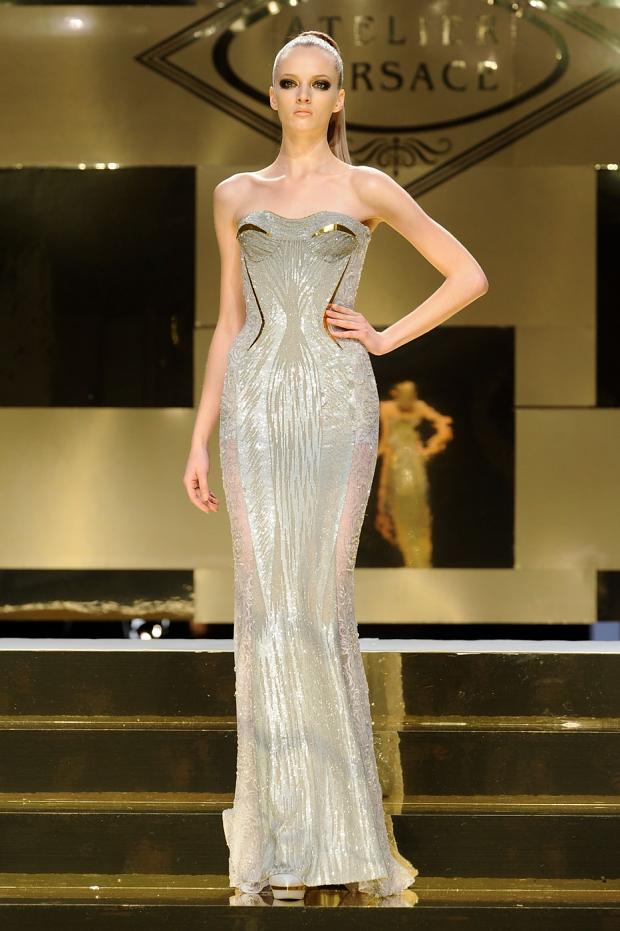 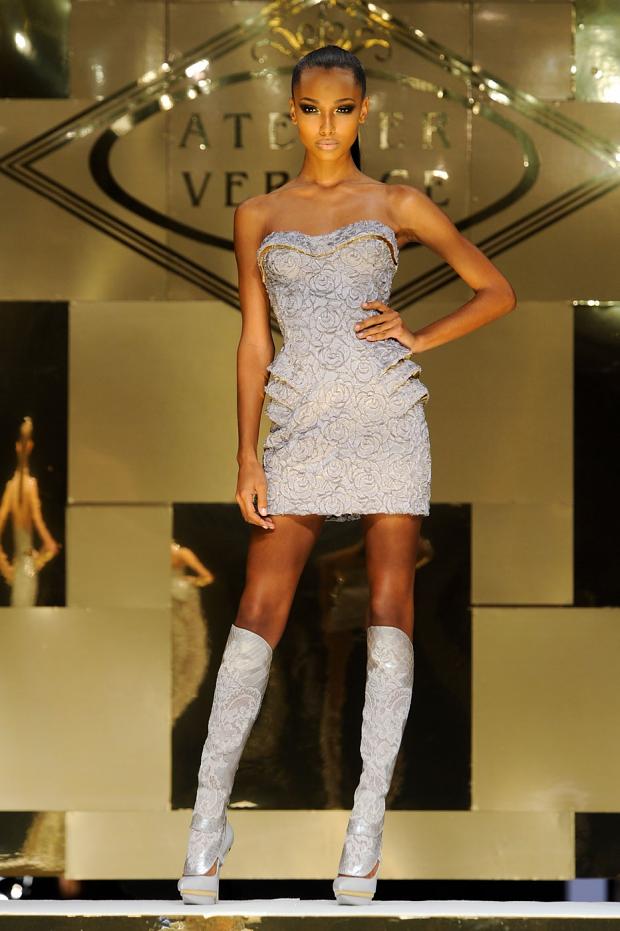 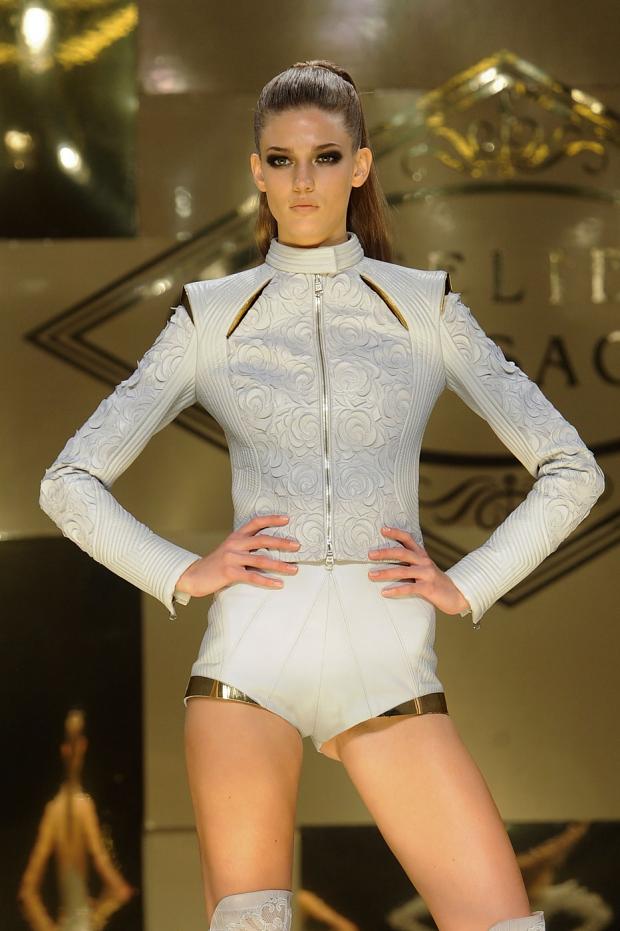 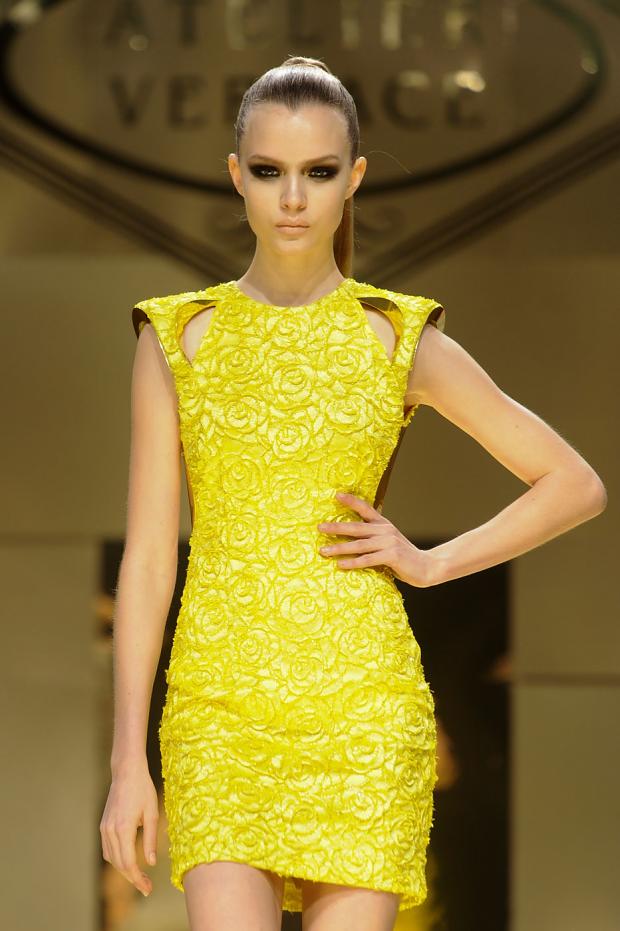 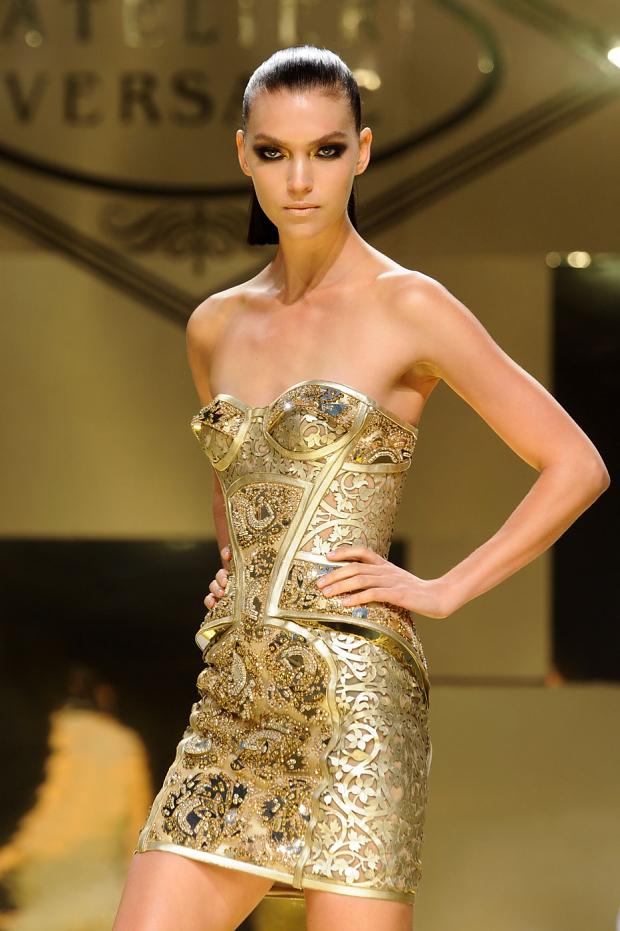 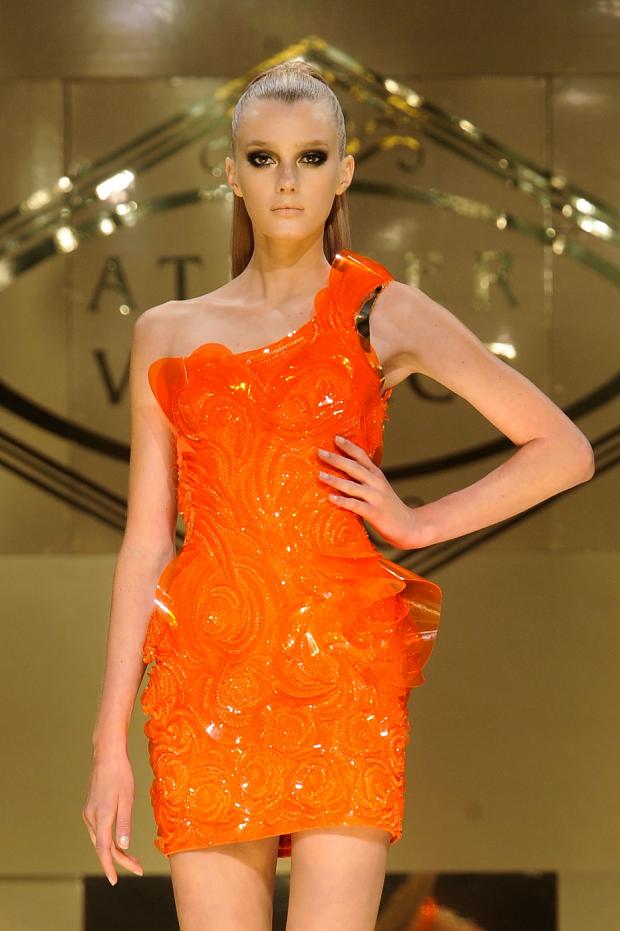 Check out the video of the show