a collection that was apparently inspired

by the Faberge eggs he saw last year

during his first ever trip to New York. 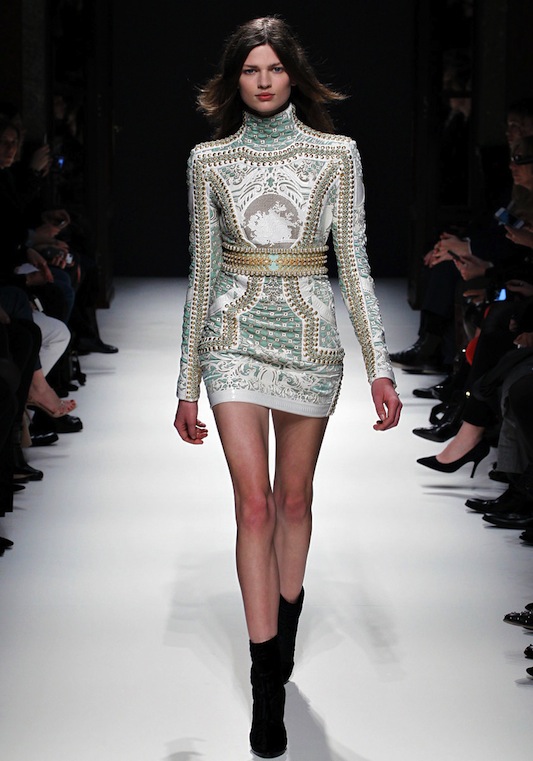 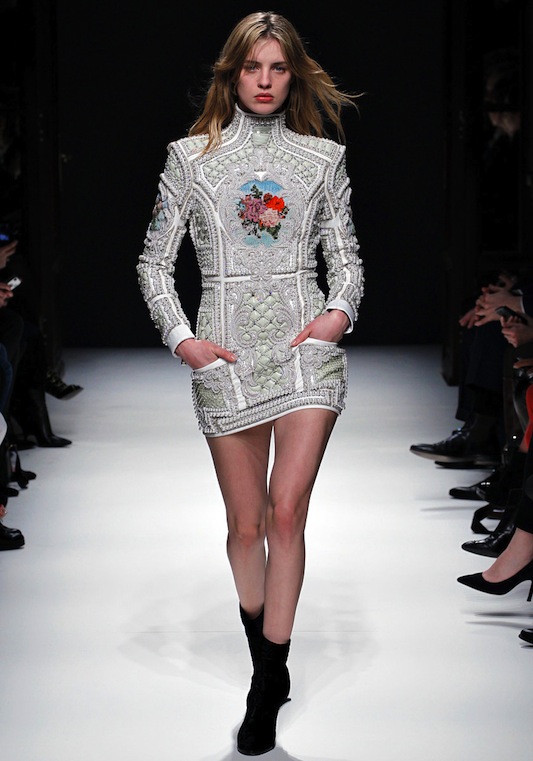 This inspiration was beautifully executed in the embellishment 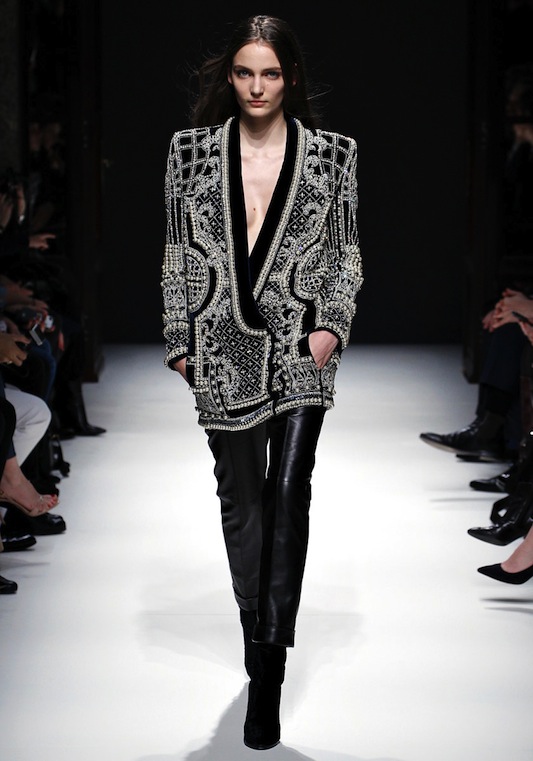 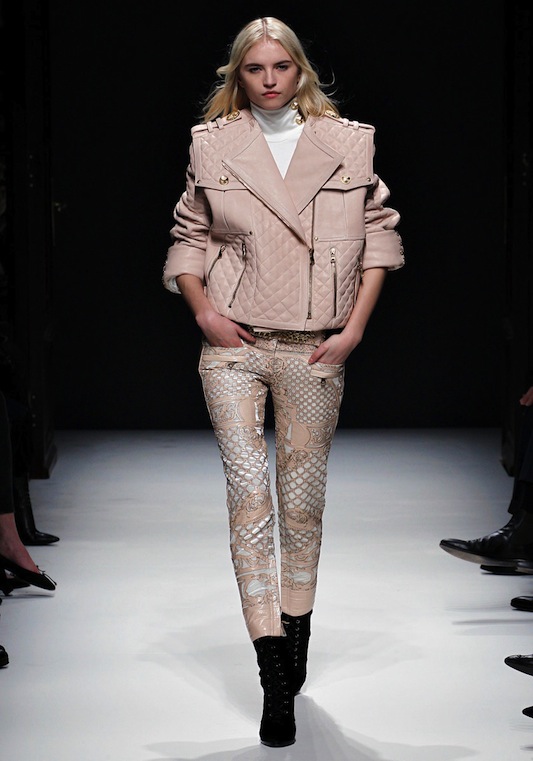 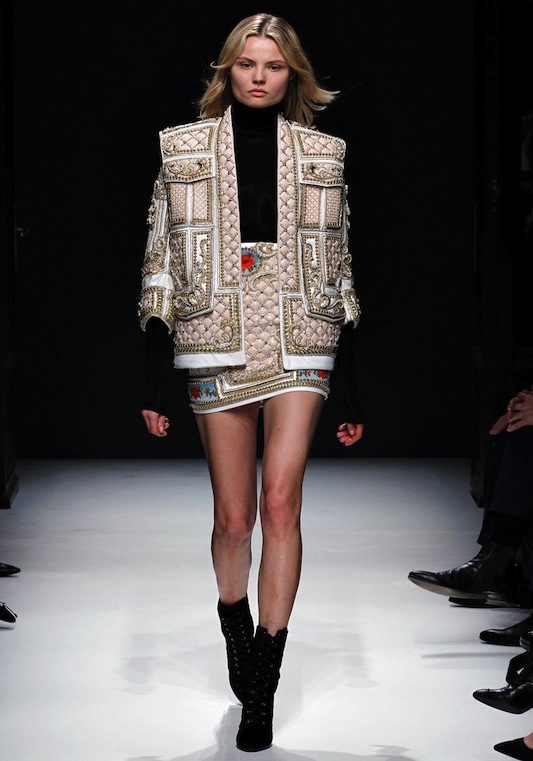 In a departure from Balmain’s uber tight jeans, 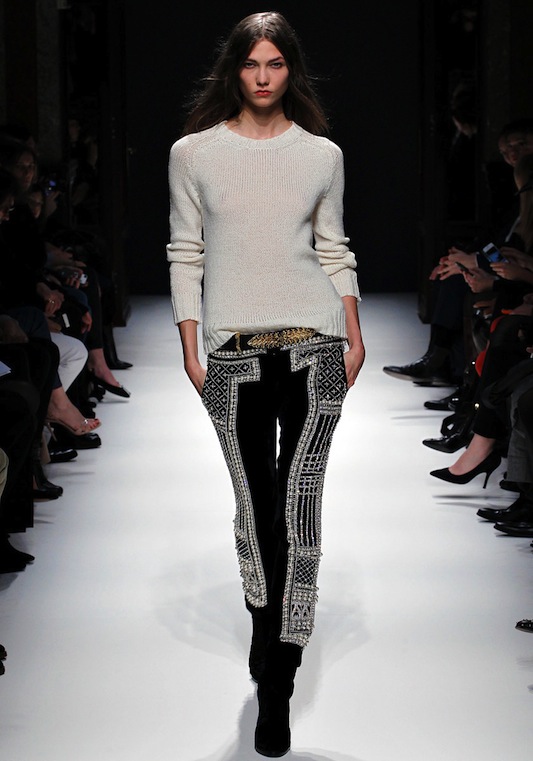 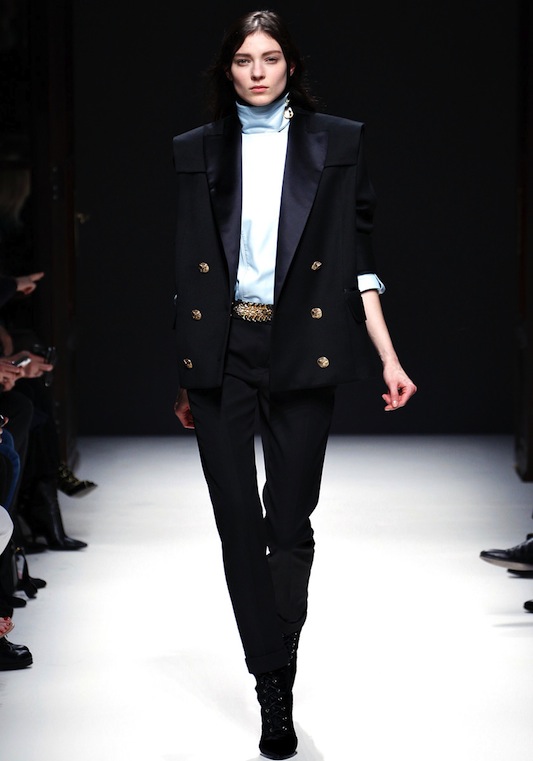 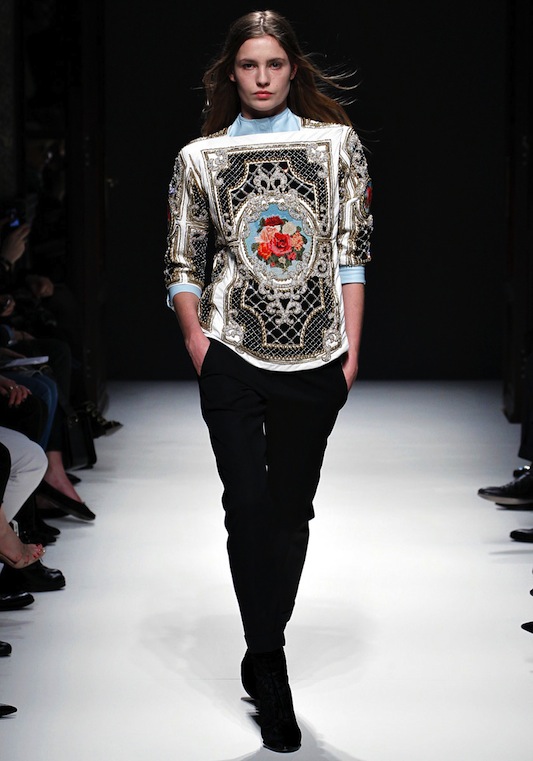 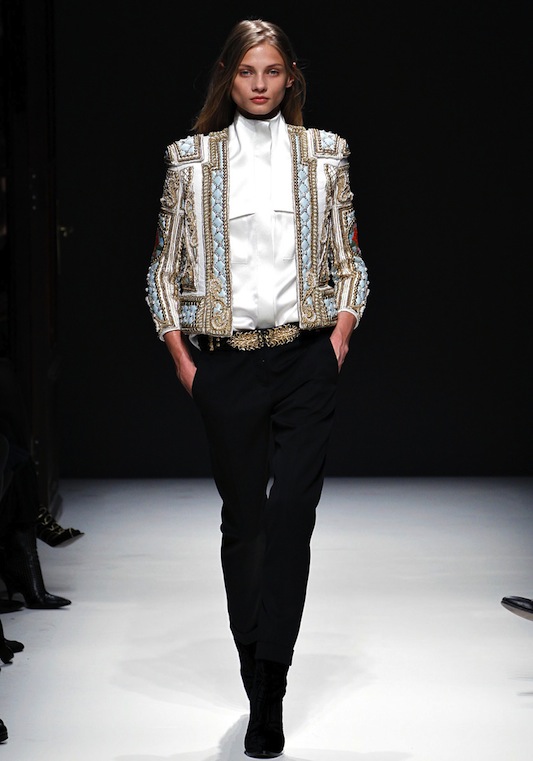 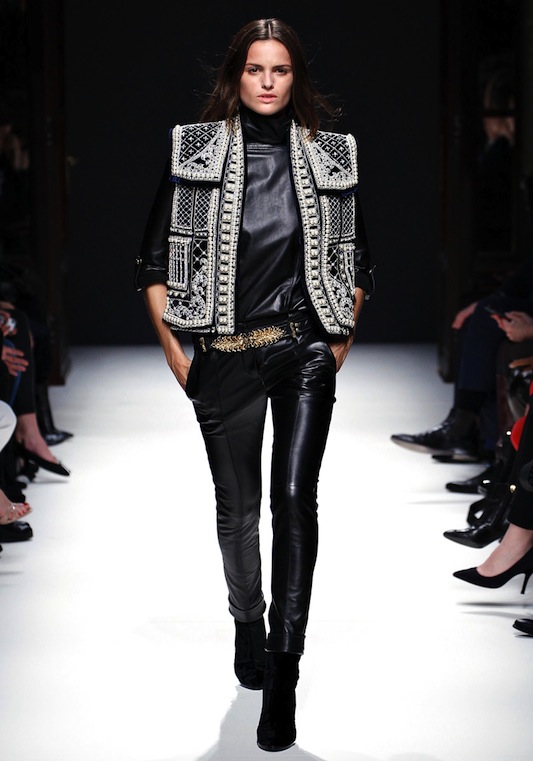 Balmain Autumn 2012 was defined by the exquisite detailing. 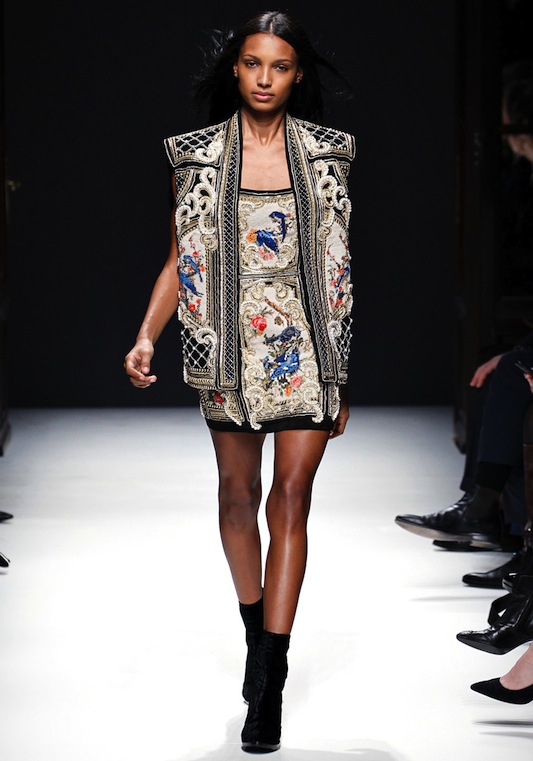 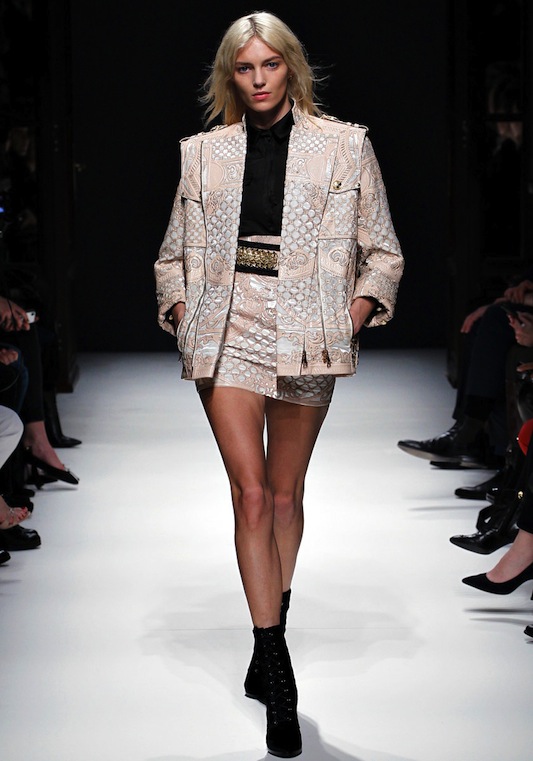 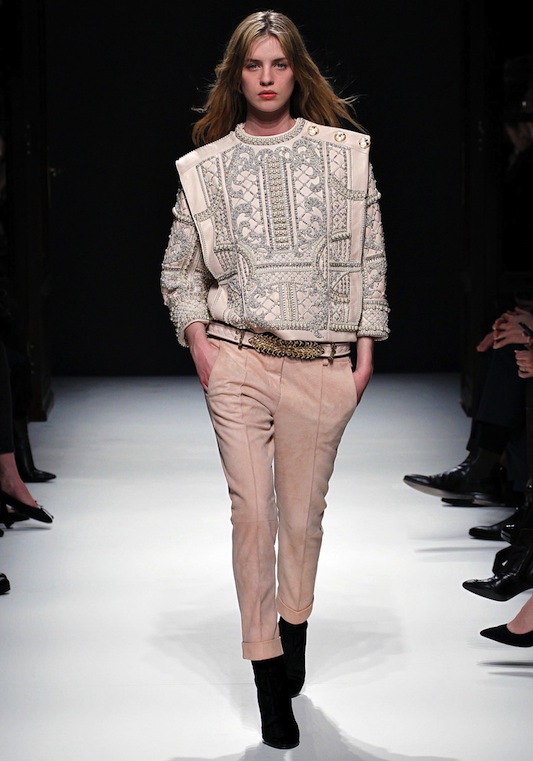 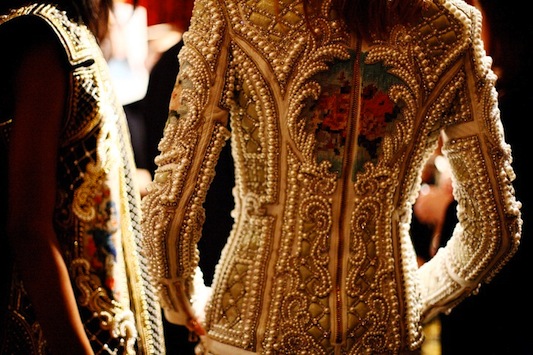 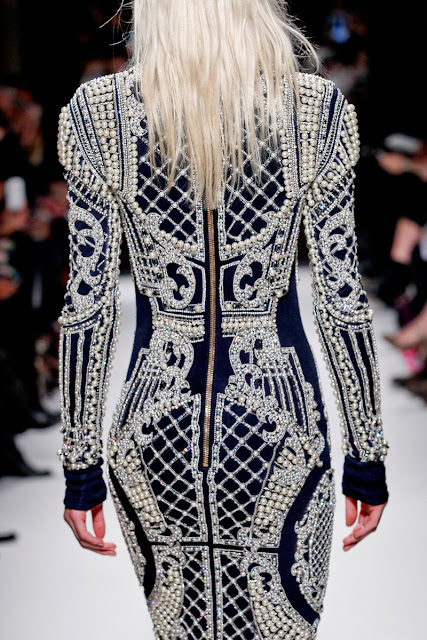 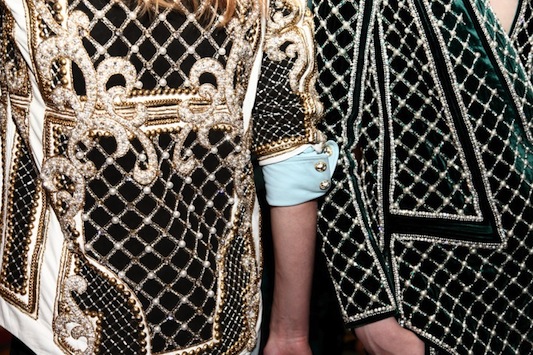