to “I love you… me neither”

is thought to refer to the distinction

between physical pleasure and love.

He saw the first as something meaningful,

but acknowledged that it often gets mistaken for the latter.

So it is quite fitting then

editorial of the same name
for Numero #132

would be erotically and sexually charged. 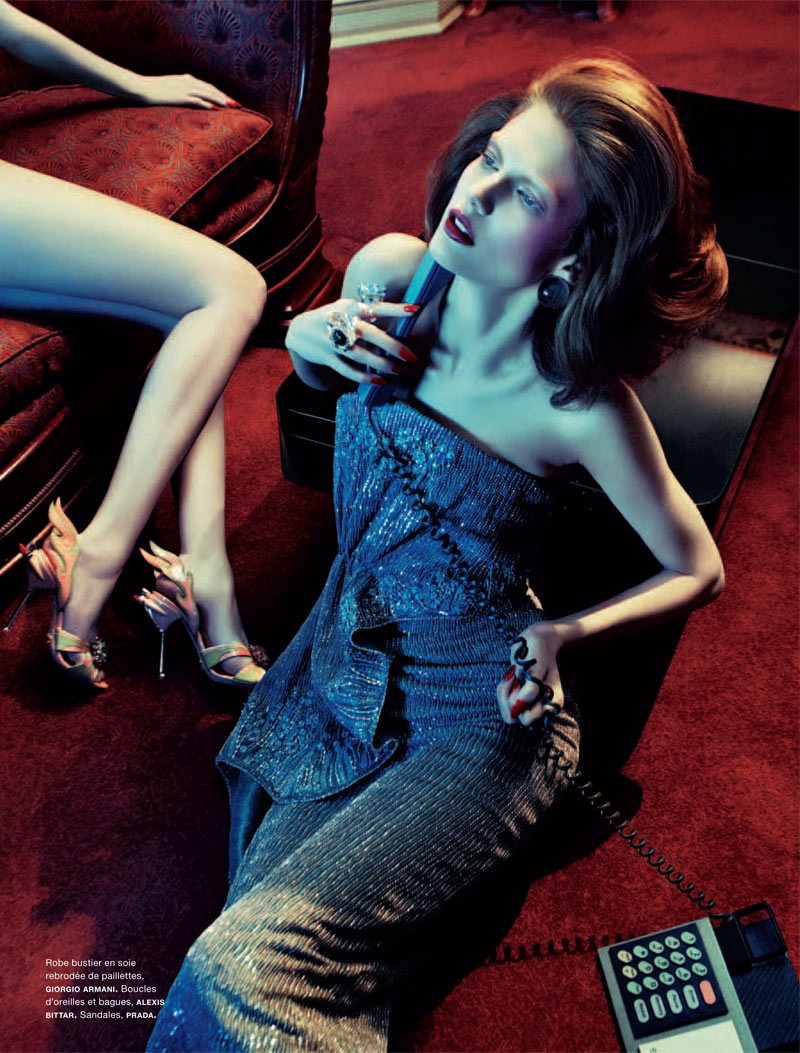 is the picture of the expensive sophisticate,

as stylist Charles Varenne has her slip in and out

of luxe wear from designers including

while her naked lover keeps her company. 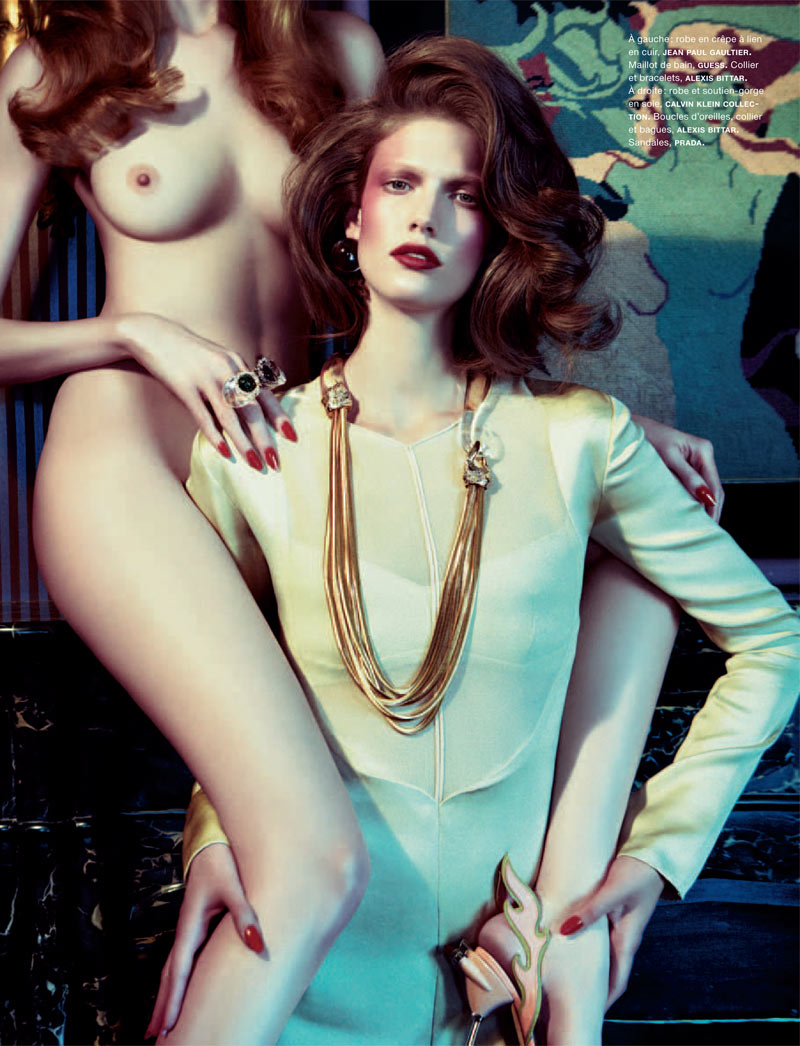 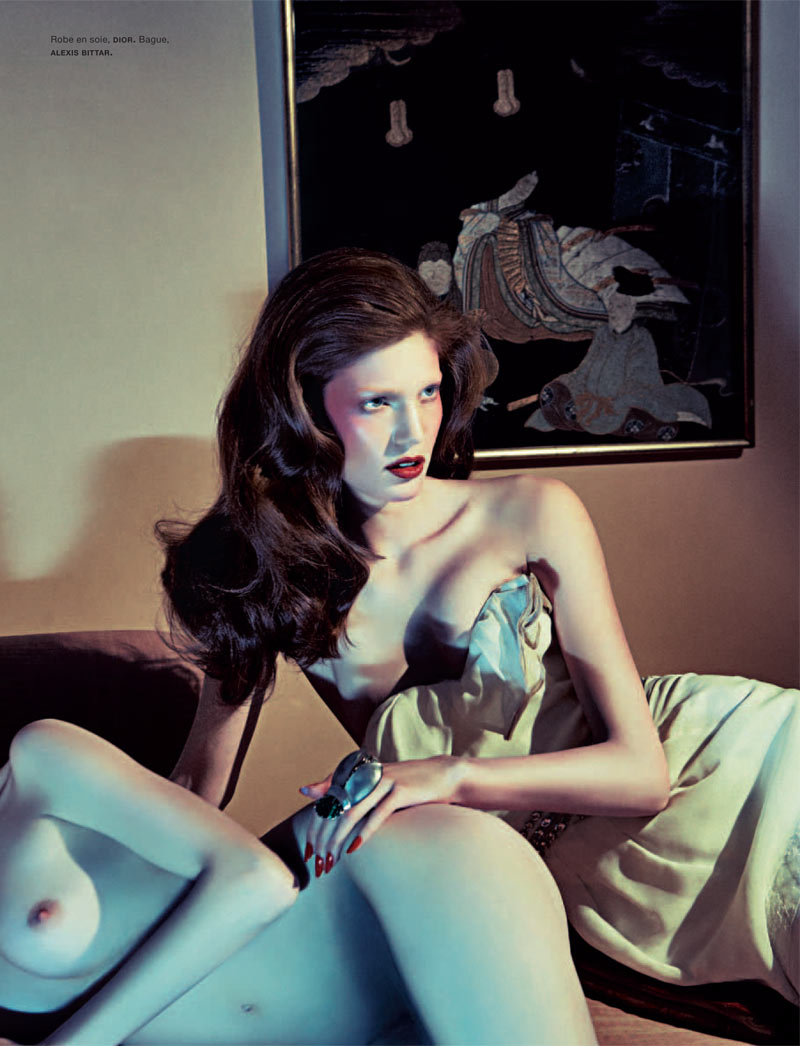 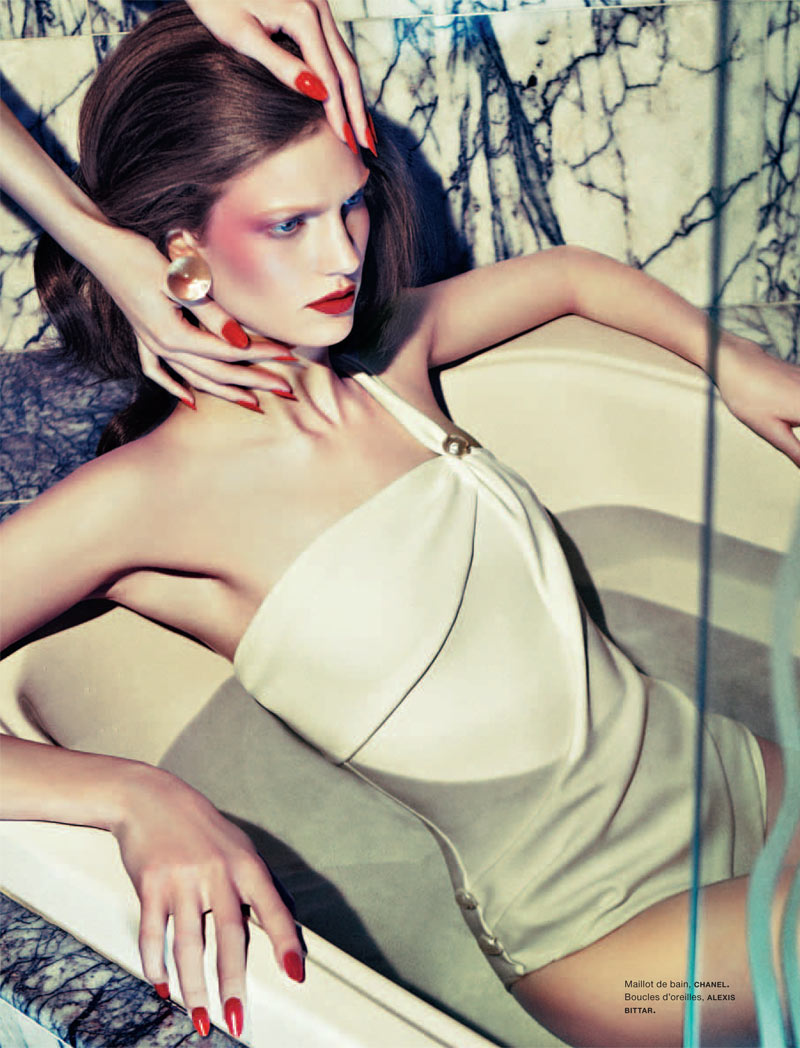 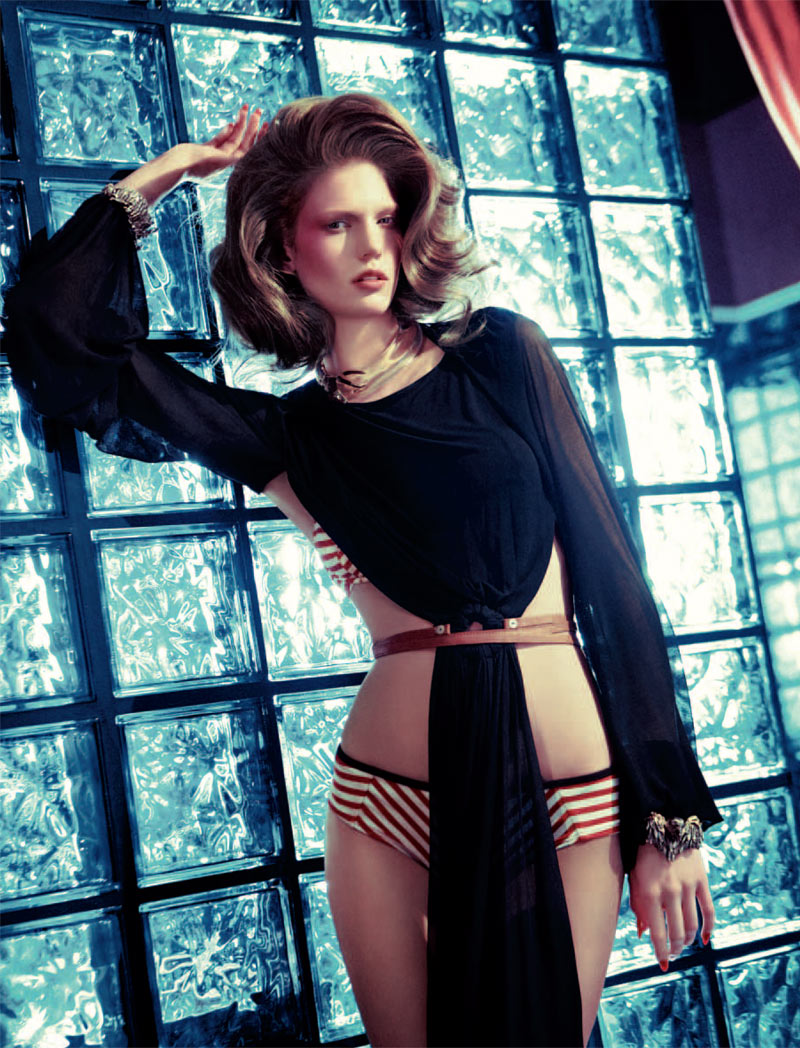 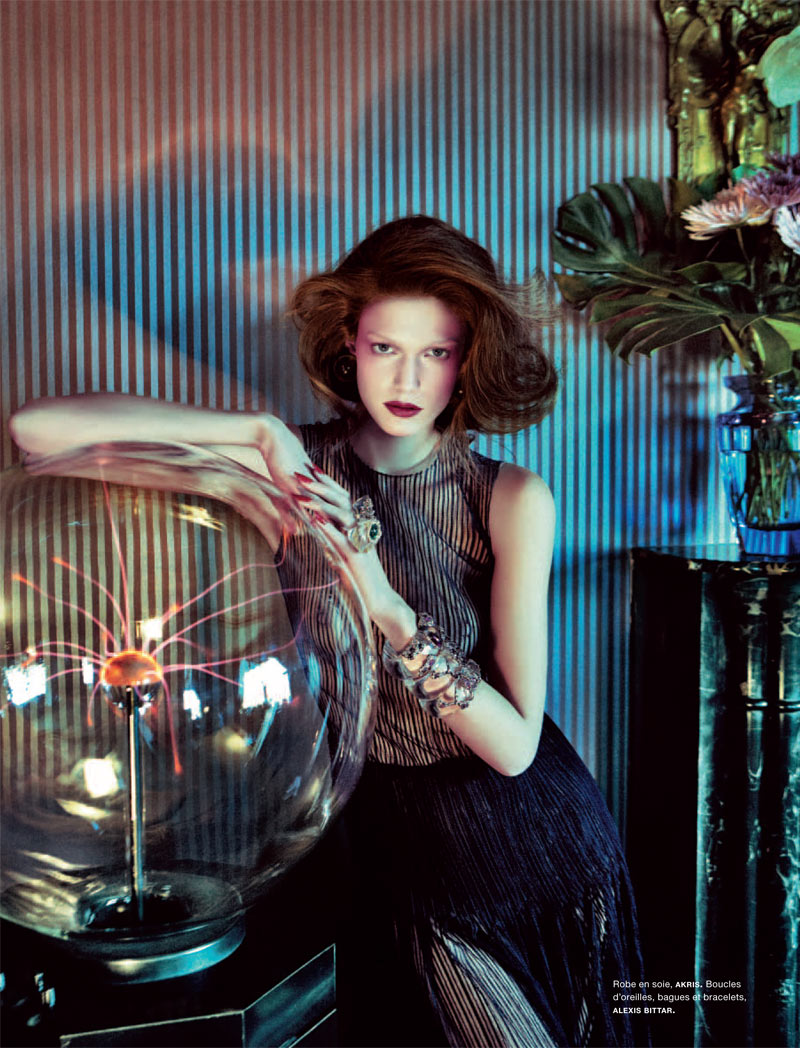 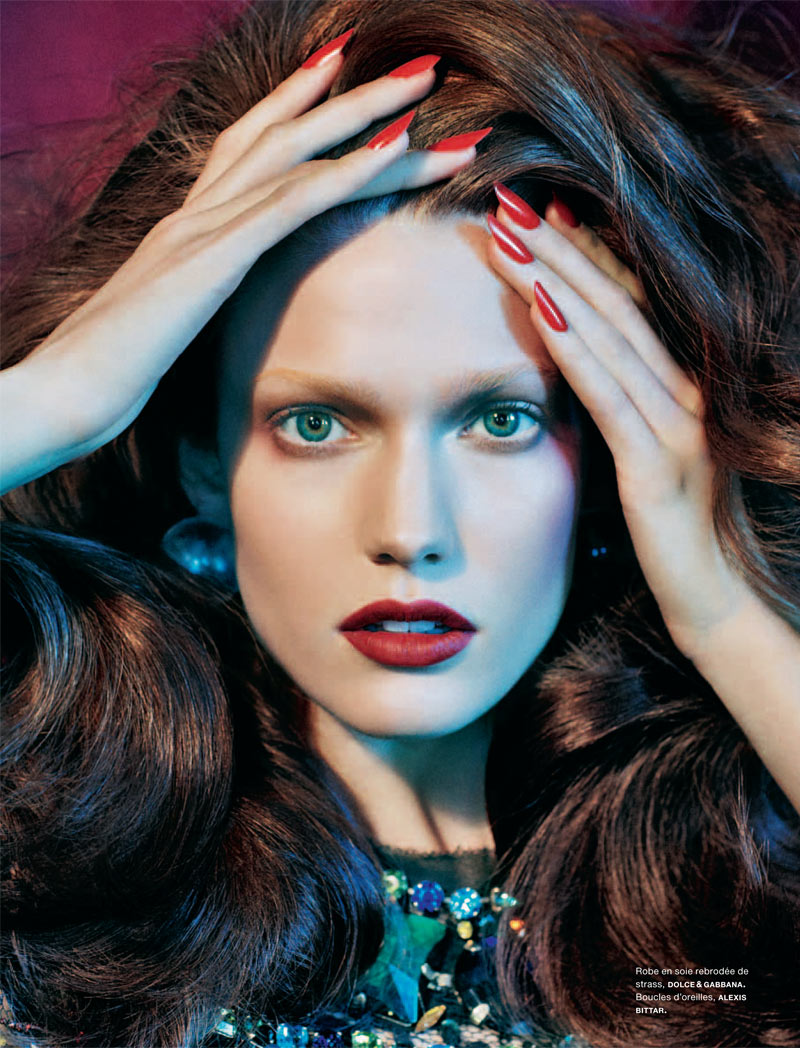 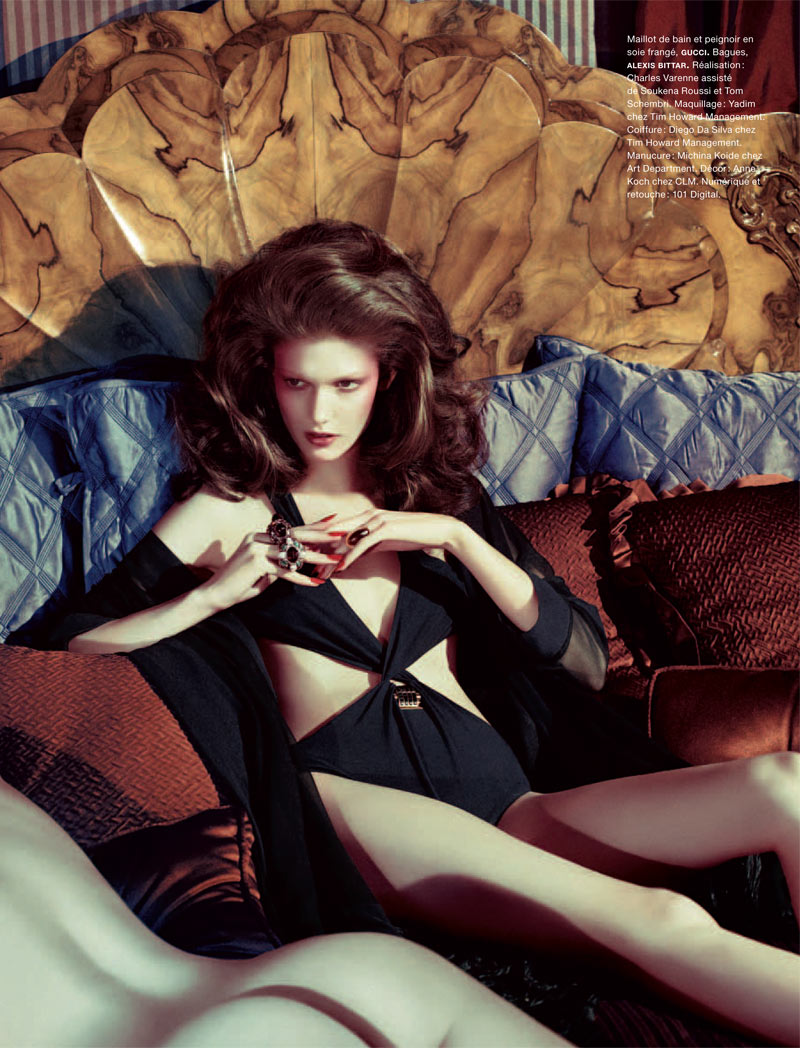 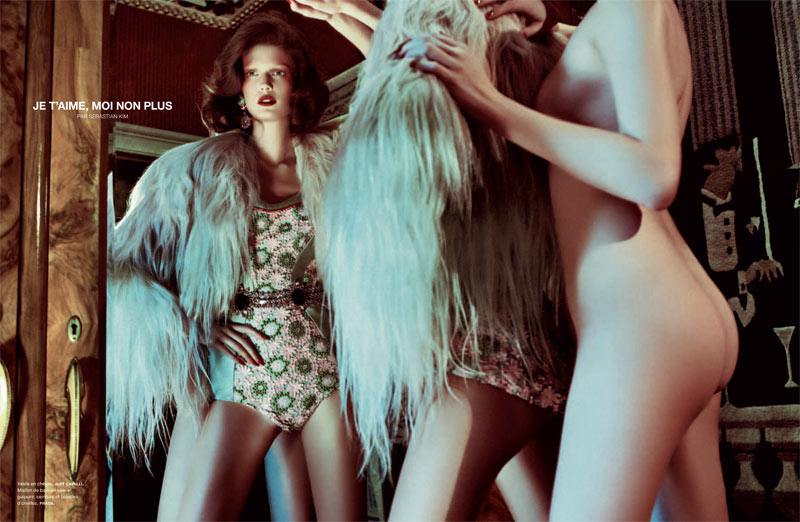