I have been hearing so much about Serial lately (especially via Lainey), and then saw this article on Vogue.com
I love the idea of the world tuning in to podcasts. When I first started learning Italian I used to listen to podcasts, but in the interim it seems that I somehow managed to forget about them.
I’m now geekily excited to be part of Vogue’s podcast resurgence.

If you would like to join the tribe, check out this article from Vogue.com, and join in on the listening action.

The Great Podcast Resurgence: Serial and 7 Others to Binge-Listen to Now 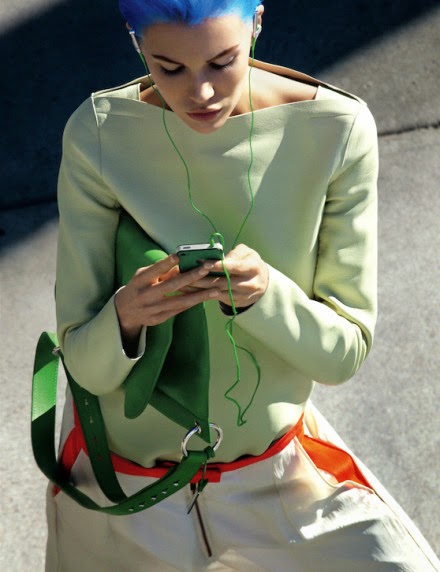 It seems we can’t go anywhere these days without hearing about Serial, the new spin-off of This American Life that has quickly become the most popular podcast of all time, according to Apple (it’s the fastest-ever to reach five million downloads on iTunes). In the series, veteran TAL producer Sarah Koenig tries to uncover the truth about the 1999 murder of a Baltimore high school student named Hae Min Lee and the cloud of doubt hanging over the subsequent conviction of Lee’s former boyfriend, Adnan Syed, who has maintained his innocence throughout nearly fifteen years of incarceration. With Koenig reporting in real time, the show has the narrative arc of a good crime drama, the intrigue of a real-life murder mystery, and a fan base so strong that a subreddit dedicated to the whodunit has more than 17,000 subscribers—and as a result of the series, the Innocence Project at the UVA School of Law has taken up Syed’s case. (The show has also sparked a very heated debate about white reporter privilege.) At once a throwback to the serialized radio broadcasts of the thirties and a relative of our contemporary TV epics, Serial is only the latest and most sensationally popular example of a rich and varied podcast resurgence underway. Here, our guide to seven other podcasts you should download now.

Fans of Serial will be drawn to Criminal, a monthly series that tells the real stories behind unbelievable crimes from either the point of view of the victim or the perpetrator. Think of it as a condensed, audio-only, true-crime version of Law & Order on your phone.

This series created by public radio sound designer and composer Jonathan Mitchell, now in its third year, produces ten- to twenty-minute fictional stories not unlike the old-timey radio dramas of yore. Or, as its website describes them, “Movies for your ears.”

This podcast produced by Joe Richman features the stories of everyday people (a corrections officer, a teen mom, a bus driver) through first-person diaries and re-enacted narration. Lately, Richman has been catching up with five people who, sixteen years ago, recorded their daily experiences as teenagers and shared them with the world, and whose present-day updates are fascinating.

Anyone obsessed with the nuances of design and architecture will appreciate this smart podcast created by Roman Mars, exploring, among other subjects, the story behind the Ouija board’s layout, the best way to “hack” and redesign Ikea furniture, and the reasons why seemingly every designer has had a love affair with the chair.

Hosted by Chris Hardwick (with frequent appearances by comics Jonah Ray andMatt Mira), Nerdist features loose interviews with high-profile guests, in which they talk about their lives, careers, and usually some aspect of nerd culture—the new Star Wars films, The Walking Dead, and, of course, comic books.

Stuff You Should Know

For explanations of everything from how Twinkies are made to the electoral-college system, turn to Stuff You Should Know, a podcast brought to you byHow Stuff Works and cohosted by the charming and hilarious, albeit slightly geeky, Josh Clark and Chuck Bryant.

Hosted by editors Aaron Lammer, Max Linsky, and Evan Ratliff, this podcast provides an inside look at the publishing industry. Hear the writers behind some of your favorite New Yorker, New York Times, and Vanity Fair bylines discuss their career paths, morning routines, and why they chose to get into writing in the first place.