As a rule I don’t believe in negative blogposts – if I don’t like something I just won’t say anything about it.

But a travel reporter contacted me the other day asking if I had any “Buyer Beware” stories about travel in Sicily. I told him about an awful experience at Bar Papisca in Canneto Beach on the island of Lipari (to read my post on magical Lipari click here) and then I told him about my only other bad experience traveling in Sicily, or anywhere in Italy.

Buyer beware, do not buy ceramics in Taormina and have them shipped home.

Sicily is famous for it’s spectacular ceramics. They are just beautiful. Hand painted, distinctive, uniquely Sicilian.
They harken to the stories of Sicily’s past and at the same time are ingrained into it’s present. 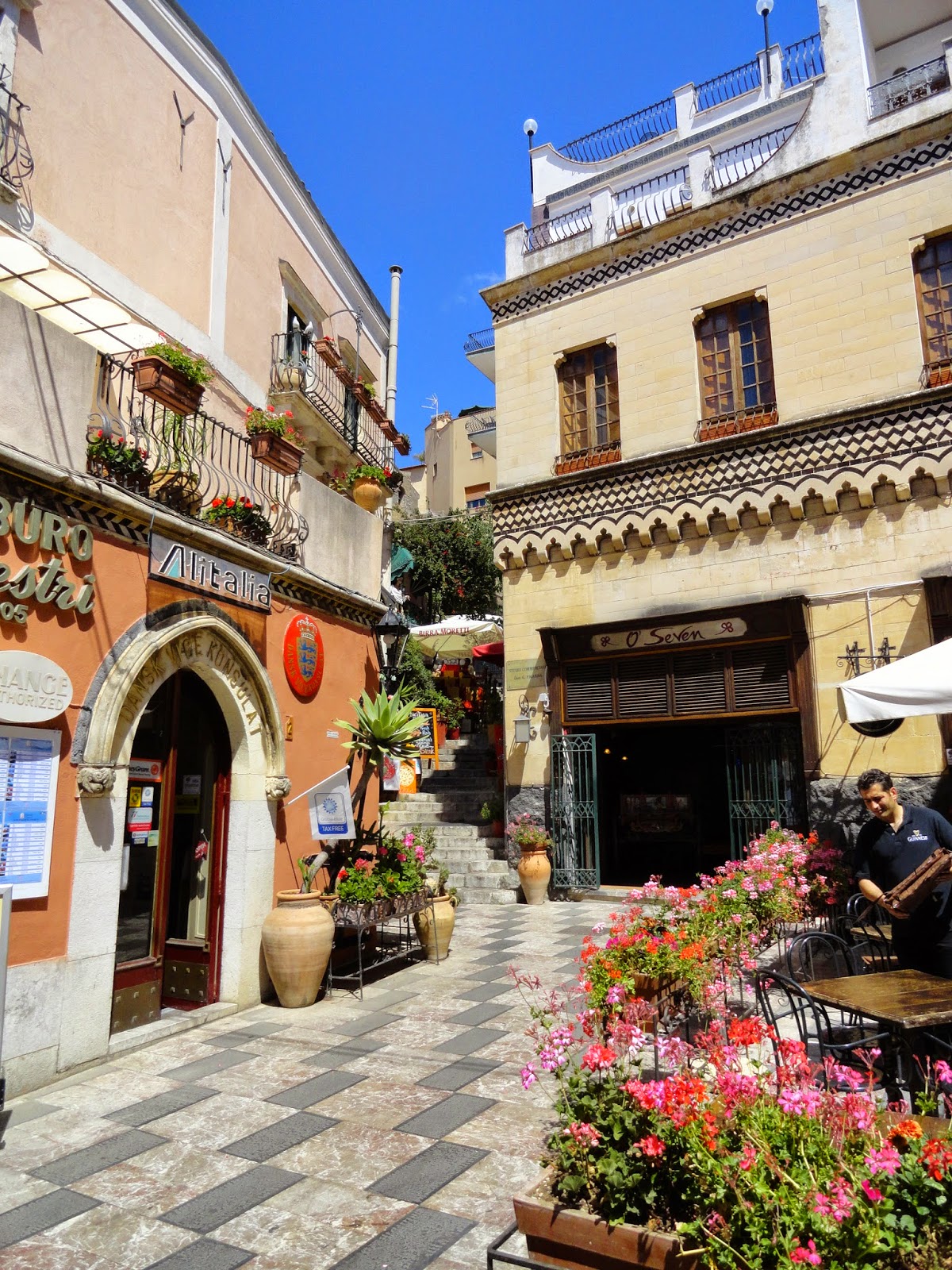 Last year I bought some pieces of local ceramics in Taormina and dragged them around Italy with me for 5 weeks before heading home to the US. I loved the pattern so much that I decided to buy a complete dinnerset as well as additional pieces when I returned this year.

I was a little hesitant to ship a giant order home without a trial run, so (thankfully) I just purchased a few pieces to try out the shipping, with a plan to order and ship place settings for 10 if all went well.
Which it didn’t.

I purchased the 5 pieces at a store called Sikania Ceramiche located at Via Luigi Pirandello 18 in Taormina. The shipping was expensive – 65 Euros including shipping insurance.

They informed me that it would take about a month to arrive, that they have special packaging that guarantees that everything arrives in one piece, and that infact no one had ever had anything arrive broken. But not to worry – if the package didn’t arrive or arrived damaged in any way there was insurance to cover it.

The shipment arrived stateside about 3 weeks later, and I have to say the packaging was fantastic, the only problem was that when the ceramics were packed they were wedged in too tightly, and some of the pieces broke. 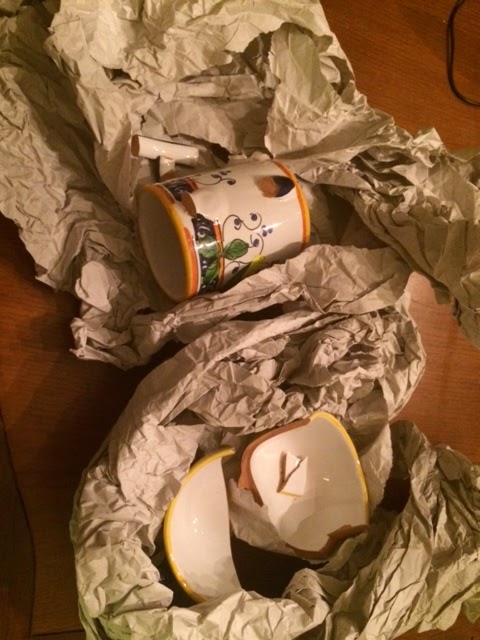 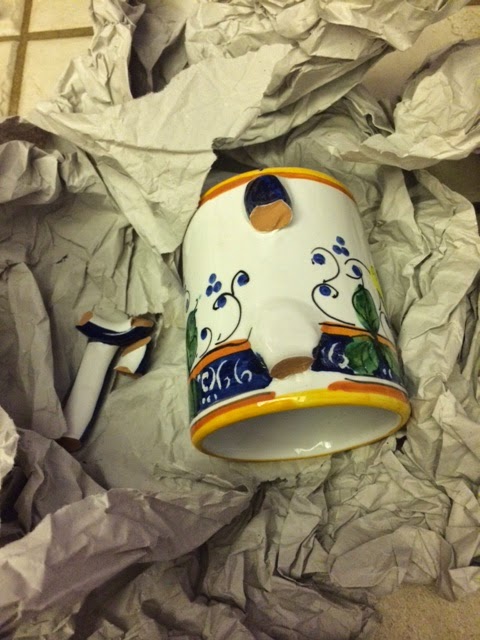 I telephoned Sikania Ceramiche the next morning and spoke to the store owner. When I told him that pieces had arrived broken he said that was impossible.
Then promptly decided that he no longer understood english, and hung up.

No problem – I have tons of friends in Italy, so I had one of them call him and conduct the conversation in Italian. The owner said yes he understood that I had goods arrive broken, and that he just needed me to email or text him photos. He gave my friend the cell phone number to text them to and the email address to email them to. 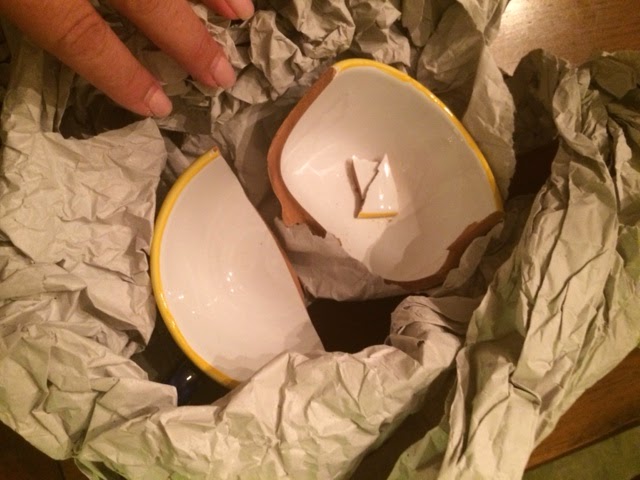 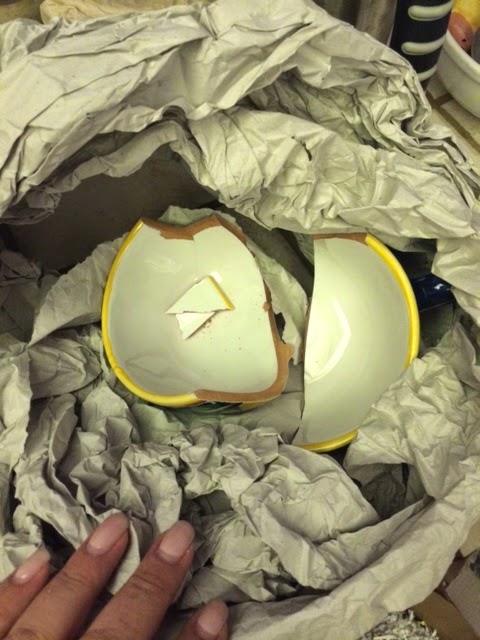 I immediately did both – texted him the pictures as well as emailed them.
Both of which he steadfastly ignored.
He ignored follow up emails too.

I have to say at this point that it shouldn’t have been a big deal. Replace the broken items – minimal cost to the store – keep the customer happy, and get a giant order for the rest of the set that I wanted.

Had Sikania Ceramiche actually purchased the shipping insurance that they charged me for, this wouldn’t be a problem, would it?

I mean no big deal – have me send back the broken pieces and just replace them. Insurance will pay for it all.
Which of course makes me think they didn’t actually buy the insurance and just pocketed the extra money.

And they are everywhere.

There are many options and many stores to buy them from.

But as some merchants own multiple stores, and allowing for the fact that in a small place like Taormina they all know one another,
there are probably others in town running the same dirty game.

So the way I see it you are better off to buy your ceramics elsewhere. Buy them in Ragusa or Giardini Naxos, Siracusa or Savoca. Just not in Taormina. And maybe only buy what you can carry back home in your luggage – avoid the shipping scam.