Rome is one of Europe’s most popular tourist destinations for good reason — and the Eternal City certainly has its fair share of secrets and surprises.

There is so much to see and learn here that even tourists who have paid multiple visits may feel as though they’ve only scratched the surface.

These lesser-known facts about Rome may be news to you, or maybe you’re ahead of the curve — either way, they’ll be fun tidbits to whip out at your next dinner party.

And they may just inspire you to plan a visit.

1. Only About 10 Percent of Ancient Rome Has Been Excavated.

If you think all the mysteries of ancient Rome have been uncovered, think again.

The ancient city is about 30 feet below modern street level, and some estimate that only around 10 percent of it has been excavated.

Which makes sense, considering there are people living on top of the ruins — even the ancient cities of Pompei and Herculaneum are only partially excavated (about 25 and 20 percent, respectively).

2. Julius Caesar Wasn’t Killed Where You Think He Was. 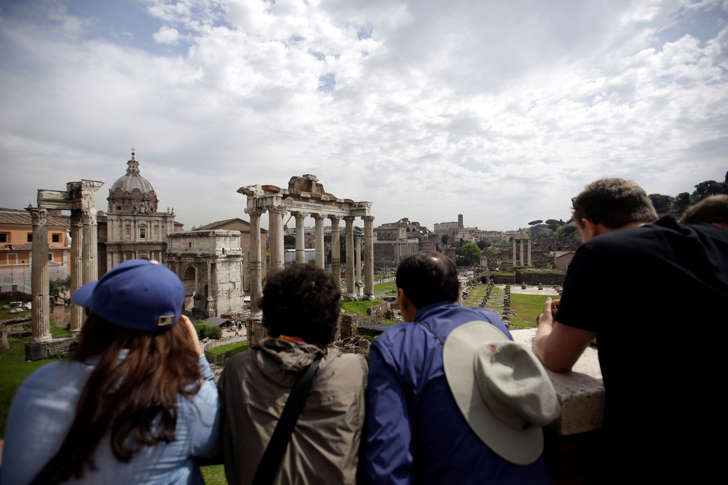 Most of us are familiar with the dramatic assassination of Julius Caesar at the senate house, but some mistake the Curia Julia in the Roman Forum as the scene where it took place. In fact, the Curia Julia was still under construction at the time, and Caesar was actually killed at the Curia of Pompey; its excavated foundations are in the Largo di Torre Argentina, and most of its ruins sit under a modern road.

3. Some of Rome’s Coolest Sights Are Underground.

4. You Won’t find Any Spaghetti and Meatballs Here.

While many Americans may think of spaghetti and meatballs as a quintessentially Italian dish, it is actually believed to have been invented by Italian immigrants already living in the U.S. in the early 1900s. No matter its origin, you won’t easily find it in Rome. Instead, sample some delicious authentically Roman pasta dishes, such as spaghetti alla carbonara or bucatini all’amatriciana.

5. The Coins Thrown in the Trevi Fountain are Donated to Charity. Tradition has it that throwing a coin over your left shoulder into Trevi Fountain will ensure a trip back to the Eternal City, but it also helps feed the needy. The Catholic charity Caritas collects the coins and uses the proceeds on a supermarket program that provides rechargeable grocery cards to Rome’s low-income citizens. Over a million dollars worth of coins are tossed into the fountain each year, or over $3,000 a day.

6. The First Pizzas Weren’t Even Italian.

The first pizzas were really more like flatbreads, and were made thousands of years ago. The ancient Greeks were making flatbreads topped with garlic and herbs long before the Romans, though the word “pizza” is believed to have developed from the Latin word “pinsa,” used to refer to these flatbreads. The Italians were the first to start adding tomatoes in the 18th century (long believed by Europeans to be poisonous), and they certainly perfected the dish.

7. St. Peter’s Basilica is Not the Largest Church in the World. 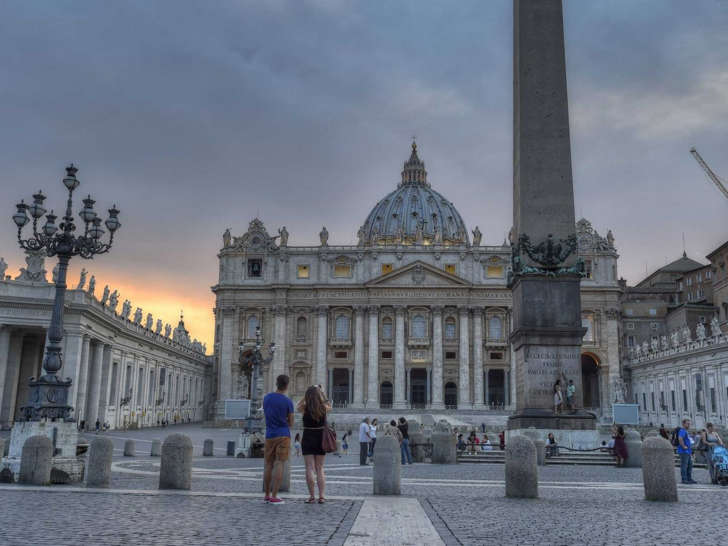 St. Peter’s Basilica was the largest church in the world until Ivory Coast President Félix Houphouët-Boigny built the Basilica of Our Lady of Peace in Yamoussoukro — modeled after St. Peters — between 1985 and 1989. Though it can accommodate 18,000 worshippers, the Ivory Coast doesn’t have a large Christian population and most services are attended by only a few hundred people.

Check out the best flight deals on TripAdvisor

In September 1870, Rome found itself under siege by the Italian army, and was formally annexed into the Kingdom of Italy on October 2nd that year. The wars leading to the unification of Italy had already been going on for decades, and essentially ended when Rome was captured and made capital in 1871.

In ancient Rome, there was no separation of church and state, and so any religious organizations that operated outside of the state and had secret rites revealed only to initiates were considered mystery cults. These included the Mithraic Mysteries, the Dionysian Mysteries, and the Christian Mysteries. For Christians, one had to be baptized to be initiated into the cult and only the baptized could partake in the Eucharist, the drinking of Christ’s blood. (This ritual caused many Romans to also think of the Christians as cannibals.) Many mystery cults of the day also had themes of death and rebirth, cleansing of sin, and symbolically sharing the experiences of the god.

10. The Pantheon Has Been In Continuous Use Since It Was Built. 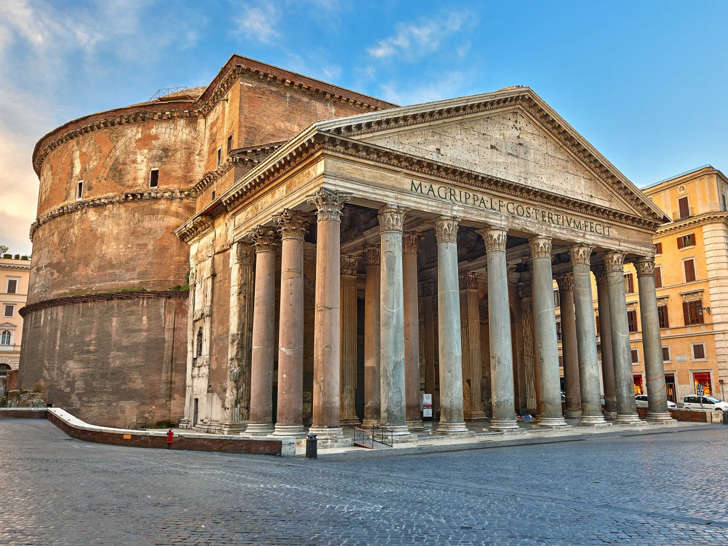 The current structure was rebuilt by Emperor Hadrian in 126 A.D. The structure — even the dome — are original, though there were some modifications over the years. The dome is still the largest unreinforced concrete dome in the world.

Almost everyone has heard the saying that “all roads lead to Rome.” In fact, Romans would have flipped that saying on its head. In their view, all roads led from the Milliarium Aureum, or Golden Milestone, erected by Augustus in the Roman Forum. The Romans had an impressive network of highways and roads, necessary not just for trade but for military transport. Many still exist, including a section of the Appian Way.

12. You Can Drink from Rome’s Public Fountains.

Many tourists don’t realize that you can drink the water from Rome’s 2,500 or so public fountains — it’s fresh, cold, and delicious. For many of them, if you cover the end of the spout, the water will shoot out of the hole in the top like a drinking fountain. The fountains are referred to as “nasoni” or “big noses” because of the shape of the spouts.

13. There Really is a Secret Passage Leading Out of the Vatican. 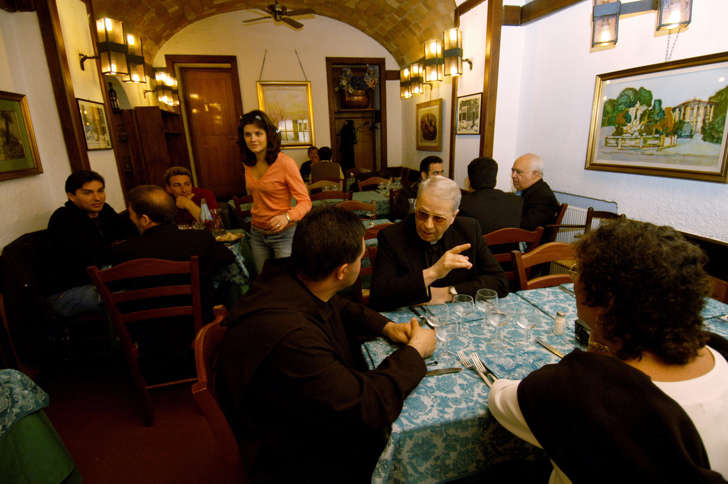 © Chris Warde-Jones/Bloomberg News Customers including clergymen wait for their meal at ‘Ristorante da Roberto’s al Passetto di Borgo’ in Borgo Pio, the area near the Vatican in Rome, Italy, April 23, 2005.

Fans of Dan Brown’s “Angels & Demons” read about the Passetto di Borgo leading from Vatican City to Castel Sant’Angelo. It really does exist, and has been used by popes when Vatican City has been under attack. The Castel Sant’Angelo is a museum and open to visitors, and it is also possible to tour part of the passageway, but note that it is only open during limited months and hours.

Traditionally, the offal of an animal is known as the quinto quarto, or fifth quarter in Rome; the real four quarters of an animal went to nobles, clergy, merchants, and soldiers, and the poor could only afford the guts. This has led to rich and creative cooking, however, and to this day dishes with trippa (tripe), pajata (lamb, kid, or veal intestines), coratella (lamb or kid kidneys, heart, and coronaries), testarelle (the head of a lamb or kid), and cervelli (lamb brains, usually fried in small pieces) are still found on many Roman menus. 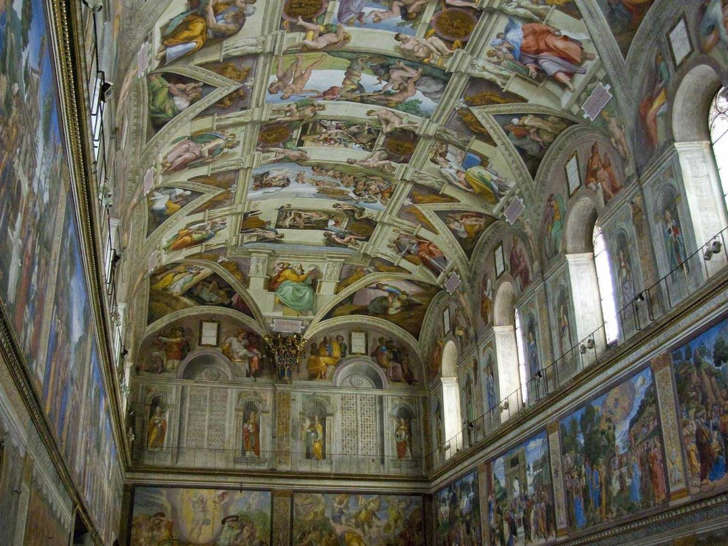 This one isn’t a total shocker considering Vatican City is within the city limits (technically not part of Rome, because it’s, you know, its own country) — but still, wow! That’s a lot. And it’s no surprise that many of these beautiful and historic edifices are popular attractions for visitors. During an average year, Rome gets around 10 million visitors, but on a holy year, it can be significantly more (some estimates say double). And get ready, because Pope Francis has announced a forthcoming Jubilee Year of Mercy, kicking off on December 8th. So it must be a good thing that there are 900-plus churches to accommodate Rome’s religious pilgrims.

16. There is No Proof that the Romans Threw Christians to the Lions in the Colosseum.

Most of us have heard about how the Romans persecuted Christians, and anyone who has visited the Colosseum has seen the cross in honor of the Christians who were martyred there. It is true that there were animal hunts held in the Colosseum, and there were also executions in which the criminals had to face (and get killed by) bloodthirsty beasts. But there is no evidence that Christians specifically were punished that way. According to Candida Moss, Professor of the New Testament and Early Christianity at Notre Dame, killing Christians was rare and the persecution of Christians was limited to a handful of years.

Tangentially related, for anyone who has seen “Gladiator,” when the emperor gave the thumbs up sign, it was actually a sign to kill rather than to grant mercy.

17. Rome is Full of Cats And They Have Squatters Rights.

If you have cat allergies, be aware that Rome is full of felines — possibly around 300,000 of them. There is a large cat sanctuary in the Largo di Torre Argentina and plenty of furry friends can be found prowling around the city’s other ancient ruins. This is because a Roman law essentially gives cats squatters’ rights — wherever five or more cats live together in the city, they can’t be chased away.

Want to know where to get a drink with a view in the Eternal City?

I’ve made a list of The Best Rooftop Bars in Rome, with details on where they are and why you need to check them out (and their incredible views! Download your free PDF HERE

Join The Corinna B's World Newsletter!
Special Information For My Private Group Only

Join this private group to get special information about travel in Italy that doesn't get posted on the blog.

Private Group members receive newsletters telling them the secret stuff, from the restaurants I love to my favorite secret towns in Italy and much more!