I love Sicily. If I could spend every day for the rest of my life exploring Sicily I still wouldn’t get to see it all. I don’t know any other place on earth so layered in history, and so richly textured by centuries of being run by different foreign powers, each one leaving behind elements of architecture and additions to the cuisine.

People are always asking me about things to do in Sicily, so I decided to do some posts about random fascinating things to see and do when you are there.

One completely intriguing spot to visit away from all the tourists is the incredible Villa Romana del Casale.

Located about 5km from a picturesque little town in central Sicily called Piazza Armerina, the villa is not only one
of the very best preserved villas from anywhere in the Roman Empire, it also has much of it’s decoration still intact, most famously the extensive mosaics.

RELATED POST: THINGS TO DO IN SICILY – VISIT MARZAMEMI

The villa which is assumed to have been a hunting lodge, was built in the early 4th Century AD. At one time it was thought it had been built  for the emperor Maximian, but now it is thoughtt o have been built for a senatorial aristocrat.  (At that time marble was the flooring of choice for Roman emperors, and Villa Romana del Casale only has marble for the floor of the basilica, which suggests that the owner did not belong to imperial Roman society.)

It’s hard to believe that the mosaics we value so highly now were at the time considered second rate! 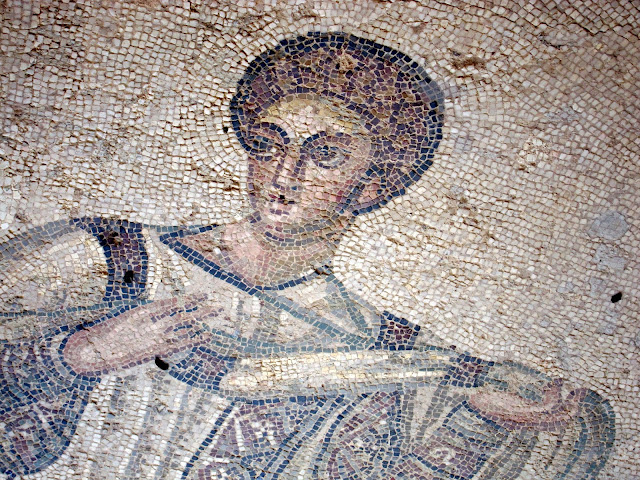 This is the single greatest collection of Roman era mosaics anywhere in the world, and they are essentially completely intact. Covering 38,000 square feet, vibrant and brilliant, they depict mythological scenes, scenes of daily life, and the famous “bikini girls”.

The Bikini Girls are a group of 10 young women dressed in shorts and a bandeau, performing various acts of athleticism such as discus throwing, long jump with weights in their hands, running and playing some form of handball.  And you thought the bikini was invented in the 20th century? Not quite – it was alive and well in the early 300’s AD, and probably long before that. 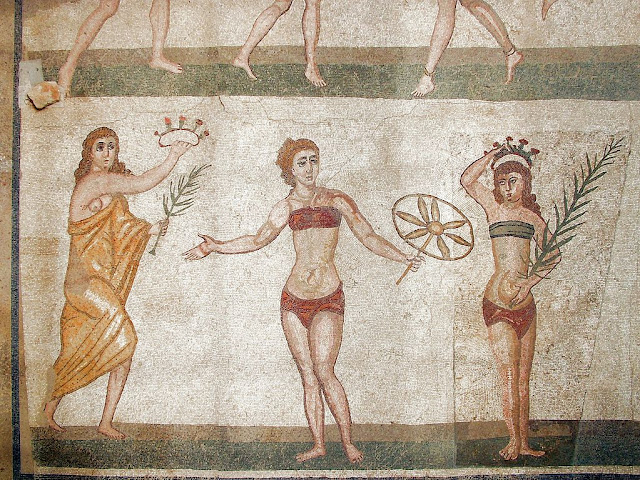 There is a girl wearing a transparent golden dress holding a crown over the head of an athlete, presenting her with a victory palm. Creating a dress and making it look transparent by using little stones and pieces of colored glass is nothing short of miraculous.

The Corridor Of The Hunt is a walkway that runs the width of the villa, and is a mosaic explosion of hunting scenes, featuring animals, fruit and flowers, fish and cupids, everyday scenes and mythology. It takes your breath away. 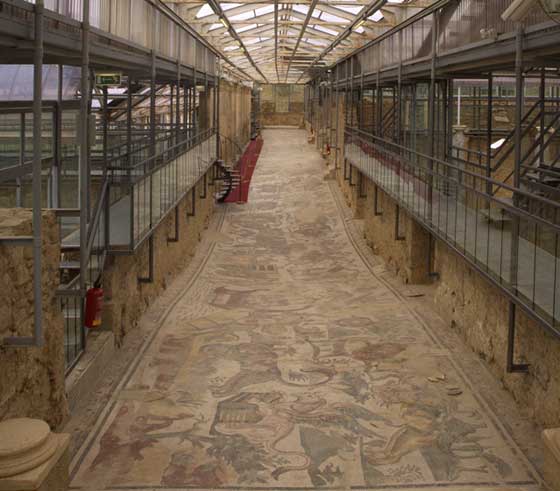 RELATED POST: THINGS TO DO IN SICILY – 5 THINGS YOU MUST DO IN MODICA

The floor were probably created by North African craftsmen who were known for their incredible skill with mosaics. The mosaics themselves are still incredibly vivid, especially when you consider the villa was inhabited or in use for 8 centuries (from the 4th century until the 12th century), by the Romans, the Byzantines, the Arabs and the Normans.

A landslide in the 12th Century almost completely covered the villa, and it was only partly discovered in the 19th Century, but it wasn’t until the 20th Century that excavations revealed the magnitude of what lay beneath and the absolute magnificence of the villa. 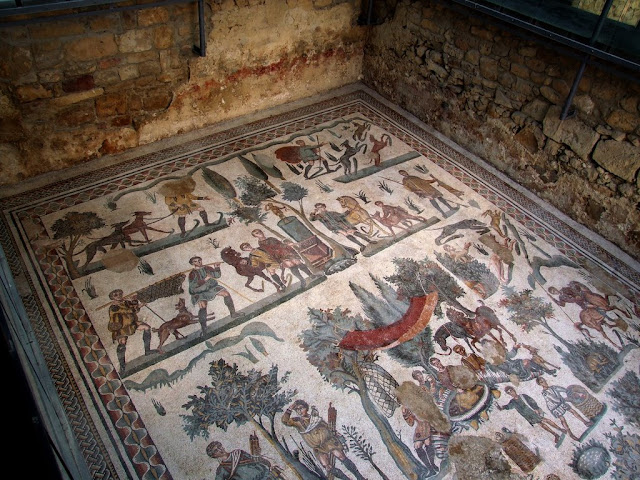 Villa Romana del Casale is approximately an hour and a half drive from Catania, 2 hours drive from Siracusa, and 45 minutes drive from Enna.

RELATED POST: THINGS TO DO IN SICILY – THE ISLAND OF PANAREA

Check out these amazing videos of Villa Romana del Casale.
Remember all 42 of these floors are made of mosaics, hand-laid by artisans somewhere between 310 and 340 AD, with no machines or modern technology to help them to perfection.

Sicily takes my breath away.

Disclaimer: these images are not my own 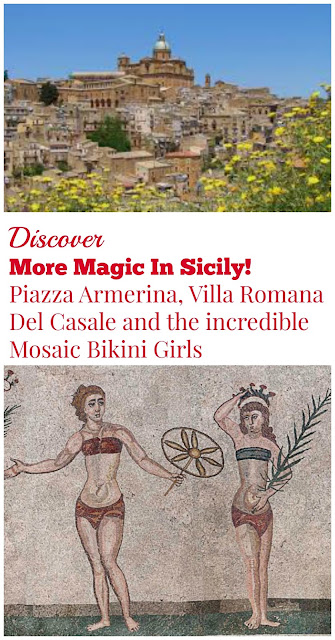