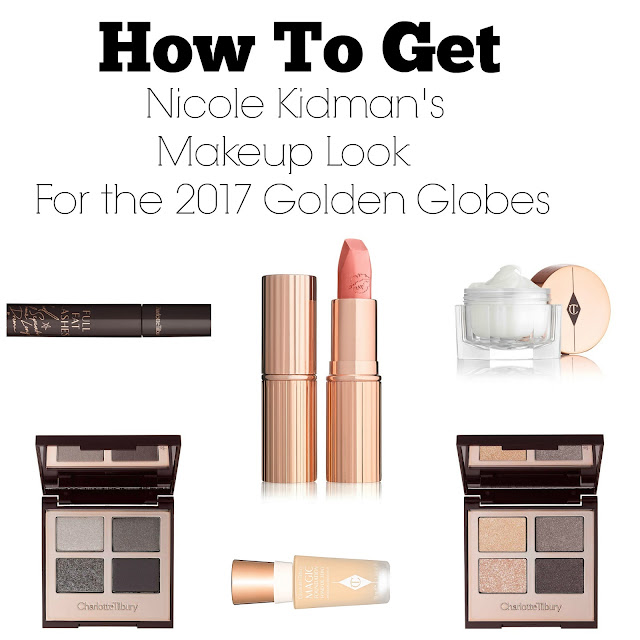 Nicole Kidman is guaranteed red carpet gold.
She understands the medium, has the panache to pull off any look she wants, whether she is going classic old Hollywood or avant garde nouveau.

I was really disappointed with many of the red carpet makeup looks this golden globes. The looks I liked from a distance looked like un-powdered drag up close. But Nicole’s makeup was on point. Probably because of her collaboration with one of my favorite makeup artists, Charlotte Tilbury.

I found the breakdown of Nicole’s makeup on People.com

Here is an exerpt from the original article, written by Juliann Ruffo

Nicole Kidman’s Glam Squad Takes Us Inside Her Globes Prep

At Sunday night’s Golden Globe awards, Nicole Kidman continued her reign as a red carpet queen, opting for a metallic, sequin encrusted Alexander McQueen gown with statement sleeves and equally dazzling hair and makeup. And because we needed to know exactly how to re-create her look, we tapped her pros — who shared their secrets.

Makeup artist Charlotte Tilbury tells PeopleStyle of the inspiration behind her makeup look, “Her look is dreamy, ethereal, and has a little bit of a rock chick kind of edge to it. She’s wearing a beautiful Alexander McQueen dress that’s tulle and silver, its dreamy.”

To prep Kidman’s skin, Tilbury applied her new sheet mask, which launches next month, and she describes as an “instant celebrity facial.” Then, she applied her world famous Charlotte Tilbury Magic Cream, followed by her Magic Foundation.

Next, the pro filled in Kidman’s eyebrows with a brow gel, before moving onto her eye shadow. First up? The champagne shade from her Uptown Girl eye shadow palette, followed by the minky grey shade all over her lids and underneath her lower lash lines.

Then, in order to create the metallic sheen on Kidman’s lids, Tilbury used the glittery silver shade from her  Rock Chick palette, applying it all over the lid using her fingers. “It really plays with the light and picks up the light really beautifully,” she says, adding that she then added a wing with a charcoal grey eye liner, and lined her waterlines with a shimmery brown pencil.

To top it all off, Tilbury added a few swipes of Full Fat Lashes mascara, a bit of contour on her cheeks and temples, and blush on the apples of her cheeks. On her lips? “Kidman’s Kiss — a color that I specifically mixed for her. It’s her favorite lipstick,” Tilbury says. 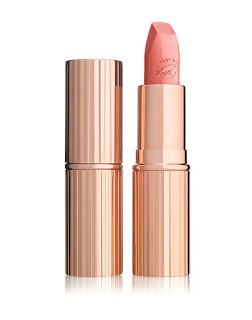