Do you make New Year’s resolutions?
I don’t.
I makes lists of goals, put them in goal books, and put them on my vision board. Then I check in on them throughout the year, measure up how well I’m doing or not doing, and try to figure my way into achieving them.
Sometimes I do well, sometimes I completely suck at it, but regardless, every January I regroup, re-plan, re-goal.

Harpers Bazaar published an article on the most popular New Year’s Resolutions for 2017. Are any of these on your list?

THE MOST POPULAR NEW YEAR’S RESOLUTIONS OF 2017

Where did yours rank? 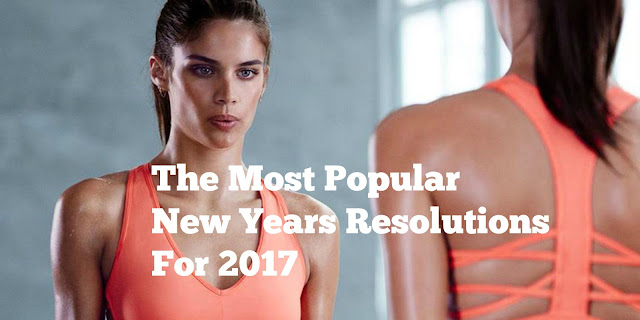 Twitter has revealed the most popular New Year’s resolutions that had people talking as we rang in 2017, highlighting what most people want to change about themselves in the coming year.

Diet and exercise predictably lead the pack after an inevitable overindulgence during the festive period, while many people also have a strong desire be more knowledgeable in the year ahead by reading more or picking up a new skill or hobby.

After so many mince pies and glasses of Prosecco were inevitably consumed over the Christmas period, it is to be expected that most people want to set fitness goals for the New Year. If this is one of your resolutions, read our seven simple rules for getting fit in 2017.

Rather more surprisingly than aiming to get in shape, people are pushing themselves to read more in 2017. Need some inspiration? We have selected the 10 books you need to read in your lifetime, or why not try reading one of these nine books before the films come out this year.

As well as finishing more books, people are keen to broaden their horizons by acquiring a new skill or picking up another hobby. Pottery, tennis or a new language perhaps?

The hope to waste less money in 2017 came in fourth place. If this was one of your resolutions, why not see our guide on how to make more money so that it’s even easier to save more of those pennies in the next few months. If you aren’t successful however, just remember that it is love, not money, that determines happiness.

5. Be nicer, kinder and more patient

The aim to be a better person rang true for a lot of people this year. Why not take some inspiration from some of the women who inspired us in 2016?

If you see 2017 as a chance to change your career, take some inspiration from the 20 best companies to work for in the UK and then head over here to find out how to ace a job interview.

7. Volunteer and donate more to charity

One of the more selfless resolutions came in the form of giving more money to charity or spending more time volunteering to help the less fortunate. You could help those suffering in Aleppo, here are five ways to do something about it now.

Whether you’re attempting Dry January or not, it seems a lot of people are hoping to cut down their alcohol intake. Here are some tips if you are going cold turkey.

9. Get more sleep and relax more

With such busy lives, it’s no wonder lots of people are hoping to have a more relaxing 2017. See our tips on how to get your beauty sleep or if you’re having trouble with insomnia, use this breathing trick.

10. Make new friends and be a better friend

If you want to expand your network this year, why not start at work? Here, we round up the rules for socializing with your colleagues.