Its funny how life works. A couple of years ago I booked a last minute make up job that I nearly didn’t take, but that dropped me into one of the great love affairs of my life. (racing!)

It was a photoshoot at a race track, with a couple of race car drivers. Being that I’m all about high heels, a killer hairdo and some wicked lipgloss, I had approximately zero interest in it, had never heard of any of the people I met that day, had never been around racing and had no plans to ever be around racing. So I was not prepared for the crazy excitement that would follow!

All I can say is if you’ve never been to actually see a race live, there is just nothing like it!I’ve always loved huge rock concerts, and the closest parallel I can give you is that moment at a concert when the lights go down, the crowd goes wild, the drums start pounding, the guitars come peeling out, and your heart is beating so hard it might burst. Thats just the beginning when its a day at the races.

Since then I’ve been many times, and to several different types of motor racing. You could say I’ve become bit of an addict…

Anyway, last year a racer that I’ve done photoshoots with invited me to a super cool event in Rossdale Ohio at the Eldora race track. The track is owned by a guy called Tony Stewart who drives in Nascar, and is supposed to be quite a character.

Tony holds a charity event each year at his track, and the part I got to go to was called The Prelude to The Dream. Basically a bunch of Nascar drivers and a couple of NHRA drivers racing cars called Dirt Late Models.

When we arrived Tony was driving this big earthmover thing around the track, getting it ready for the race. I thought it was quite charming really, as he could easily have had someone else do it for him.

Thousands of fans show up to cheer on their favorite drivers. I’d never watched Nascar, so had no clue who any of these dudes were, apart from Jeff Gordon.

(Actually I’d heard of Earnhardt too, but as far as I know he wasn’t there). You could say it was a great introduction to Late Model racing. This event was dirty and dusty, loud as hell, wild, crazy, terrifying and exciting all in one! Before I knew it I was completely hooked.

Jeff Gordon in his pit Prelude to the Dream 2008

Kasey Kahne in his pit Prelude to the Dream 2008

I think this guy is Matt Kenseth?

One of the car owners had a daughter there that day who wanted to tool around with my camera. Consequently I have all these photos of her favorite drivers. There were lots of other pictures too, but I couldn’t post them all.

Prelude to the Dream is on again this year on June 3rd, and you can watch it on HBO pay per view. Check it out at www.HBO.com/events/prelude

I am just dying that I wont be there!

Maybe the moral of this silly little story is to always be open to opportunities that come your way – you never know what fun and exciting things are right around the corner!

Everybody out there in internet-land has been buzzing about the killer necklace that Adam Lambert wore in the finals on American Idol last week. The world at large wants to know who designed it and where you can get them.

Well guess what??? It is a handmade piece, designed and made by one of my very best friends!!!

Michelle designs custom pieces for musicians all over the world, and we regulare folk can get out hands on them too! Lets check out the Adam piece again…

If you would like to check out Michelle’s cool rock n roll pieces, go to http://www.divinityjewelry.com

I’m going to do a little feature on Michelle in the next couple of weeks, so keep checking in!

I hope you’re all having a fabulous Memorial Weekend! 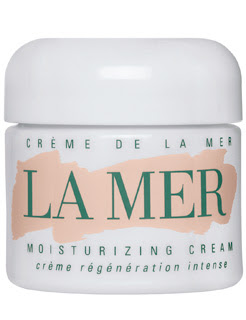 I am always being asked by clients, friends and everyone else, what my favorite product is.

When it comes to skin care I am in love beyond love with the amazing Cream de La Mer.

When the product first hit the market I could tell when a client sat in the make up chair if they were using it. La Mer gave results like nothing else, skin radiated such a glowing beauty, and every celeb had her fingers in it!

These days you dont hear about it quite as much, but the product still packs the most fabulicious punch. Its magic in a jar when dealing with a tricky or troubled skin, especially when skin is dehydrated or looking a little dull.

On photoshoots when we need a little help, it gives me instant results and breathes such life into the skin, which then makes make up look fantastic.

Personally I use it as my rescue product. I never fly anywhere without it. On longhaul international flights its the only thing on my skin, and I may reapply a couple of times throughout the flight. Even after 14 hours in the air from LA to Sydney my skin arrives looking radiant and immaculate!

Any time my skin needs some extra lovin, any time I’m looking tired, any time my world needs a boost, I turn to my Cream de La mer. Its divine, its perfection, its true love, and when you open the jar you get bathed in magic white light, and the angels sing…..