If you are a traveler, and I am, then this is not good for you.

Mitch McConnell’s wife, Elaine Chao who is our new Secretary of Transportation, doesn’t want you to know the ancillary fees you are being charged on your airline ticket. She wants to take power and choice away from the consumer, and give all the powerr to her big business cronies. But more on that in the article below. 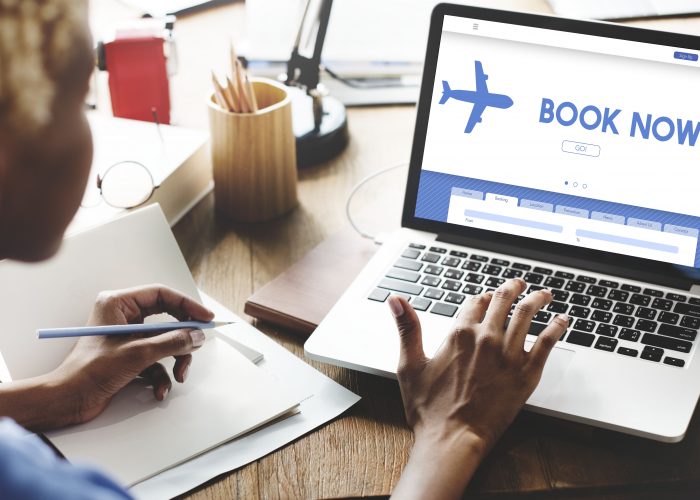 Apparently Trump also wants to cut the TSA budget by 11% to help pay for his stupid wall. The TSA. Seriously.

The TSA are our first line of defense helping our flights to stay safe. They are already understaffed and underfunded, which caused horrendous delays last summer. It could be argued that a stronger TSA would have prevented 9/11, the single biggest act of terrorism in our country. I cannot for the life of me understand why anyone would even consider weakening rather than strengthening the TSA. If you have perspective on this please enlighten me in the comments section below!

I found this article, written by Tim Winship, while clicking around on SmarterTravel.com.

Airline pricing transparency: Who’s for it, and who’s against it?

Obviously, consumers are pro-transparency. Without it, travel buyers don’t know the full price, the real price, of an airline ticket until they’ve worked their way through the entire booking process, when all the ancillary fees (for bags, seat selection, and so on) are finally folded into the advertised price.

Without transparency, the advertised price amounts to bait-and-switch.

Against transparency — at least government-mandated transparency, which is the only reliable form of transparency — are the airlines, both individually and via the trade organization that represents their interests, Airlines for America. They argue that forcing full disclosure is unnecessarily intrusive and expensive. It’s their version of the same argument that Big Business predictably raises against consumer protections: There’s no need for the government to impose rules; the invisible hand of the marketplace will ensure that consumers’ best interests are accommodated.

Mediating between the two is the federal government, which is charged with overseeing the best interests of both travelers and travel suppliers. Which brings us to the Department of Transportation’s supplemental notice of proposed rulemaking to the Transparency of Airline Ancillary Service Fees rule.

The proposal would have required full disclosure of all ancillary fees, early in the booking process, by both airlines and travel distributors like Expedia and Travelocity. The proposed rule had been subject to comments from the public and the travel industry, with the overwhelming opinion favoring pricing transparency.

And it was clear that, based on the evidence and feedback, the DOT was leaning toward imposing rules that would require transparency:

For the average consumer looking for the total cost of travel, he or she must frequently review a complex chart to determine his or her baggage fees particularly for interline itineraries and guess what an assigned seat fee might cost. We disagree with airlines and airline associations that these facts do not reflect consumer harm as we believe the additional time spent searching to find the total cost of travel and the additional funds spent on air transportation that might have been avoided if the consumer had been able to determine the true cost of travel up front are the harms suffered by consumers when basic ancillary service fees are not adequately disclosed.

Naturally, Airlines for America, speaking for the industry at large, was thrilled with the move:

We applaud Secretary Chao’s leadership today and look forward to an era of smarter regulation that protects consumers from unfair practices, but does not step in when action is not warranted. Today’s action is a common sense measure reinforcing that the airline industry is capable of making the decisions that best serve our customers, our employees and the communities we serve.

Travel consumers, on the other hand, should be disheartened that their voices were overruled by the interests of a few corporations and their well compensated lobbyists. That will be business, Big Business, as usual, at least for the next four years.