Have you ever wondered what happens when there is a serious medical emergency on a commercial flight?

Do you assume the flight attendants will spring into action and know exactly what to do?
I never gave it any thought whatsoever.
And then it happened.
And frankly, I was appalled.

I was on a US Airways flight from Charlotte to Rome. I like US Airways, have flown them many times and will fly them many more. I don’t know if this is endemic to the industry, if it is a US Airways concern, or if it just pertained to the crew on that particular flight, but in case of medical emergency – flyer beware.

We boarded our flight and a fabulous young Italian man sat next to us. Anyone who has flown internationally will know it takes a long time to get all the passengers boarded and seated, so we had plenty of time to chat before the flight departed. He spoke limited English, but I speak some Italian so we were able to communicate well enough. Luckily for him while we were talking he recommended and wrote down his friend’s restaurant near Piazza Navona in Rome and his own name so that we could say who referred us.

A few minutes later the plane pushed back from the gate and started making it’s way to the runway to take off. We were still chatting when it happened.
His arms raised up above his head and started moving as if not part of his body, his face contorted, and he went into a full blown grand mal seizure. A tall, well built man, having convulsions in a tiny, compact space, hemmed in by seat belted adults.
It was not pretty. 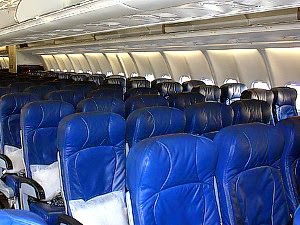 Have you ever seen someone have a seizure before? I hadn’t.
I didn’t know what was happening, but knew it was bad enough to call the flight attendants and get the plane stopped.

For some crazy reason I thought they would know what to do.
I assumed they were trained in what to do in a medical emergency.
But you know what they say about assuming things…

The flight attendants seemed even worse prepared than I was.
By the time they got there and organized stopping the plane, the man had collapsed on my friend – a convulsing dead weight that she was trapped beneath.

And they had no clue what to do.

As in not a single clue.

One of them thoughtfully showed up with a little plastic tray with latex gloves and dixie cups on it  (so they could glove up and have a tea party??) – but there was no first aid kit, no anything to help, and worst of all, no one in charge.

None of them caught onto the fact that the man was now turning blue and frothing at the mouth while having full body spasms.
No doubt too busy with the dixie cups.

At that point I started calling out to other passengers for help, and the man in question hit his second lucky moment of the day. There were five doctors seated around us, and they jumped into action.
I came to find out later that he had swallowed his tongue and now couldn’t breathe. Had the doctors not been there I am relatively certain he would have died. While one doctor took charge, demanded oxygen, called out to passengers for Ativan and started working on him, an anesthesiologist took control of his thrashing head, cleared his windpipe and then worked the oxygen when it arrived.
Ativan arrived but the flight attendants wouldn’t allow it to be administered.
Meanwhile I was trying to translate what the doctor was saying into Italian, telling him to breathe deeply (in his oxygen mask) and trying to soothe him as the seizure subsided and the poor guy was left in some kind of fugue state, not knowing where he was or what was happening.
You would think that the flight attendants would either have one among them who speaks the language of the destination country, or would make an effort to find a national to help out with translation, but I guess they were too busy doing something else.
The entire event took several minutes, so there was plenty of time.

Shortly after the plane returned to the gate the paramedics arrived.
The doctors briefed them on what had happened and then the process of getting the passenger off the plane got underway. Had we not made an effort to identify and get his cabin baggage to him, it would have been left on board, which would have been stressful to the passenger and potentially hazardous to everyone else.

While the airline clean up crew sanitized our row of seats and made them flight ready again, the airline had someone come on board with a clipboard to take statements from the doctors, and someone else to fill the now vacant seat with a stand by passenger.

We were really concerned about the young man, and decided that when we got to the Rome leg of our trip two weeks later (we had a connecting flight out of Rome the same day), we would track him down and make sure he was okay.

Fast forward two weeks and we were in Rome and were able to look for him. He had remembered writing everything down for us, but that was his last memory of the event, so he had contacted his friend at the restaurant to keep an eye out for us in case we thought to check in. He didn’t know what had happened to him, and was hoping we would try to find him.

Even though I personally witnessed the doctors telling the paramedics that he had had a seizure, they somehow also missed that fact, and told the hospital he fainted.

The man had been removed from the plane sometime between 7pm and 7:15 pm and taken to hospital, but based on the fainting information was discharged and back at the airport in Charlotte
by 10pm.
Funnily enough he just missed our plane, as we had some kind of mechanical issue and ended up departing 3 hours after our scheduled time. 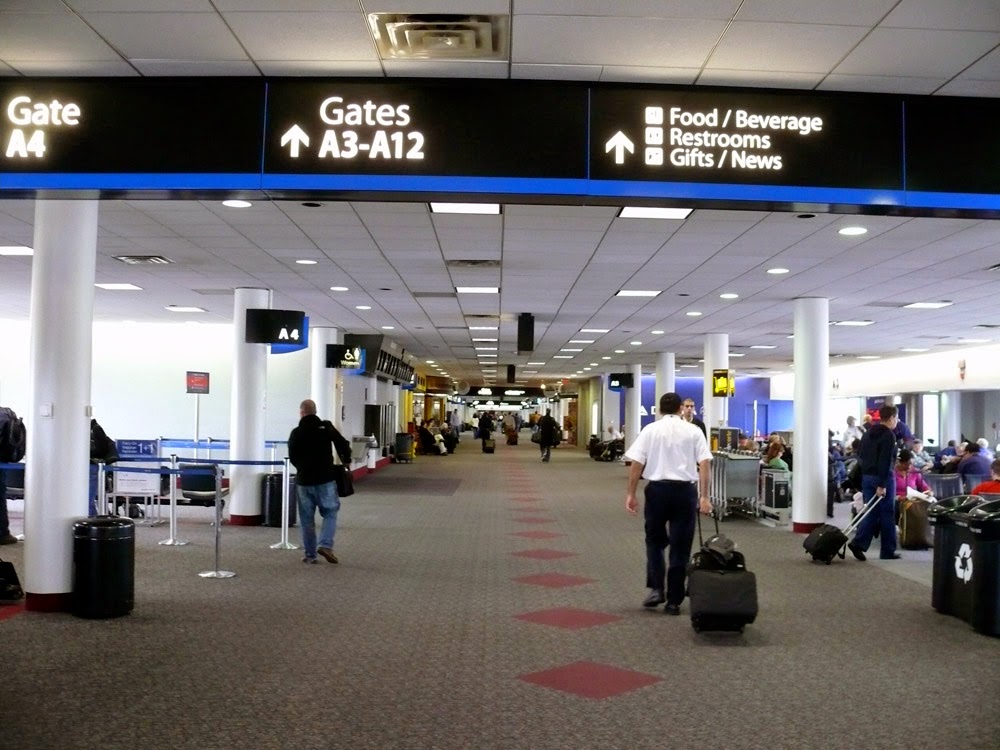 But what’s not funny is that he had to sleep on the airport floor until the next US Airways flight to Rome, at 6:30pm the following day.

I am stunned that you can have a grand mal seizure on an airplane, and the crew not know what to do.
I am shocked that the airline would not tell the passenger what happened to him, if for no other reason than that your doctor will run different tests and approach a seizure diagnosis differently to a mere fainting episode.
I am intrigued that the passenger had his lawyer in Italy try to find out what had happened, and the reply was that he fainted.
And I am appalled that after going through such a medical trauma a passenger is left to sleep on an airport floor, and not taken care of.
Was there no other airline he could be transferred to? Is there really no provision in place for a passenger with a medical trauma? Just have them sleep on an airport floor?

For someone who frequently travels internationally it definitely leaves you wondering what would happen if it were you or one of yours, in a foreign country where at best you had a very limited command of the language.
Will all airlines just leave you disoriented and alone on an airport floor for nearly 20 hours with no food, no water, no blankets or pillows?
And if they do, can you rely on their word as to what happened to you?
Food for thought.