I am obsessing over Taylor Swift Like You Have Never Seen Her Before.
Anna Wintour, that whole Kanye and Kim cover fiasco is now redeemed and forgiven.
She. Looks. Amazing. 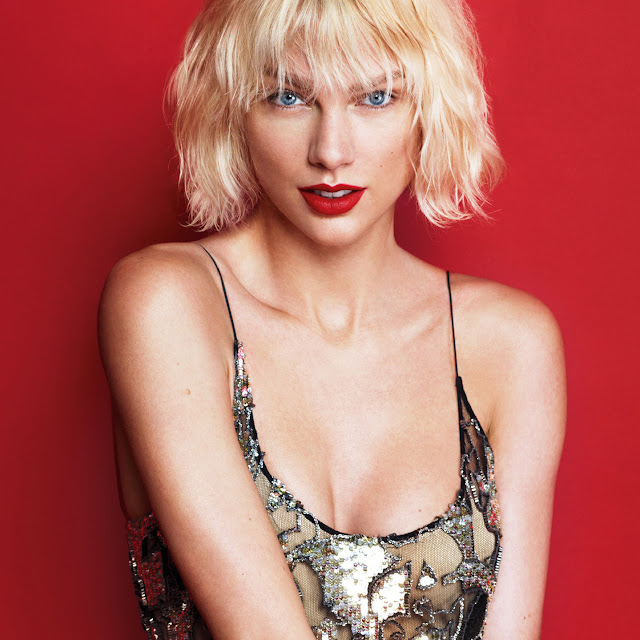 Like crazy amazing.
Photographed by Mert and Marcus for the May 2016 issue of Vogue Magazine, with fresh, vibrant hair that is sooo new and energized by Shay Ashual, and the greatest makeup ever by
Aaron de Mey.
I have never seen Swifty look better. 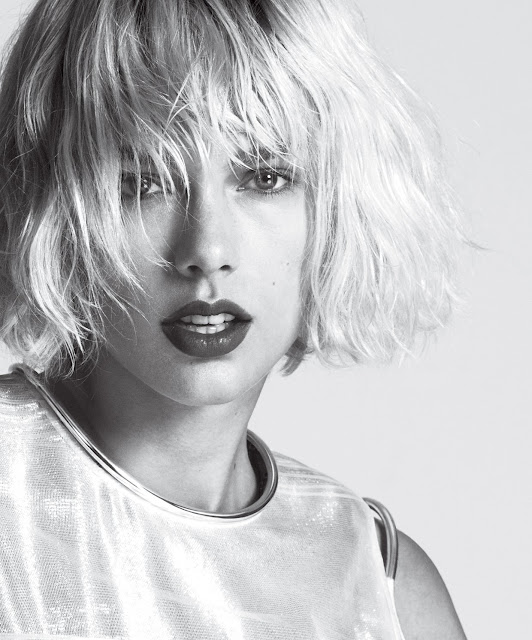 That makeup is killing me! In a time where over-contour, over-highlighting, over-browed, makeup overkill is just everywhere, the restraint de Mey has exercised is beyond gorgeous, and makes this entire story spectacular. This is my favorite editorial in forever. 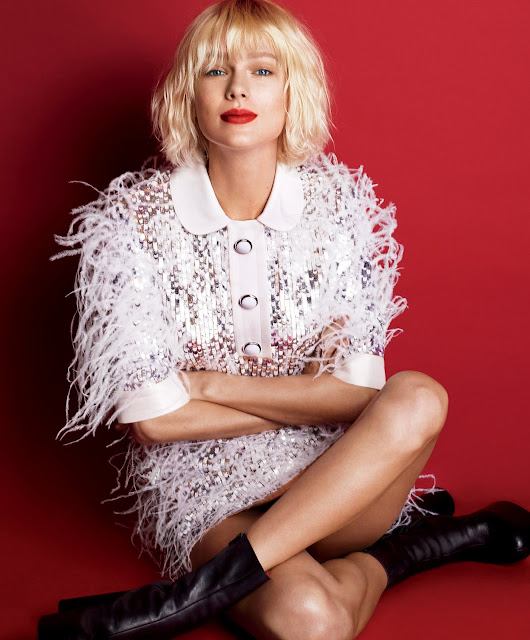 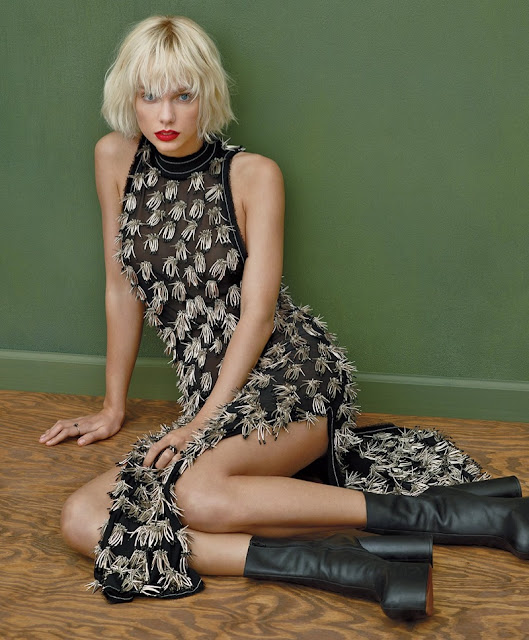 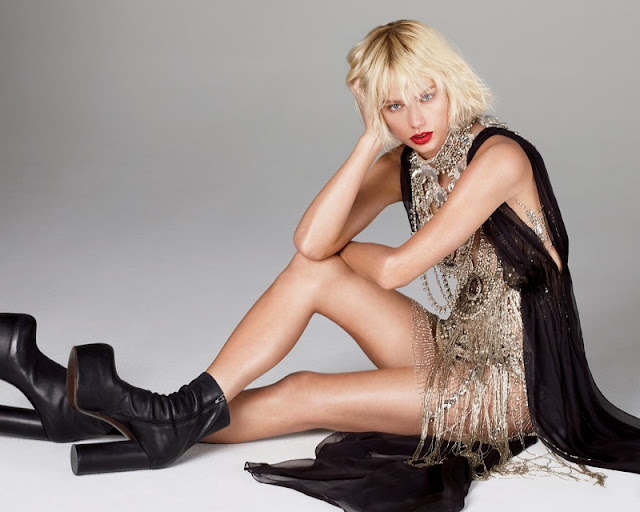 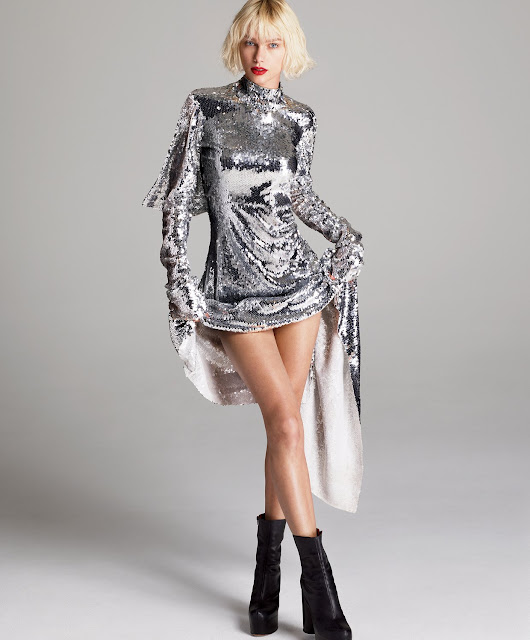 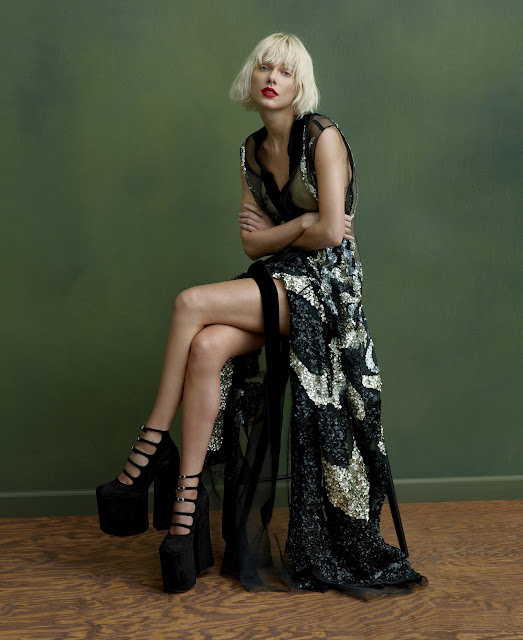 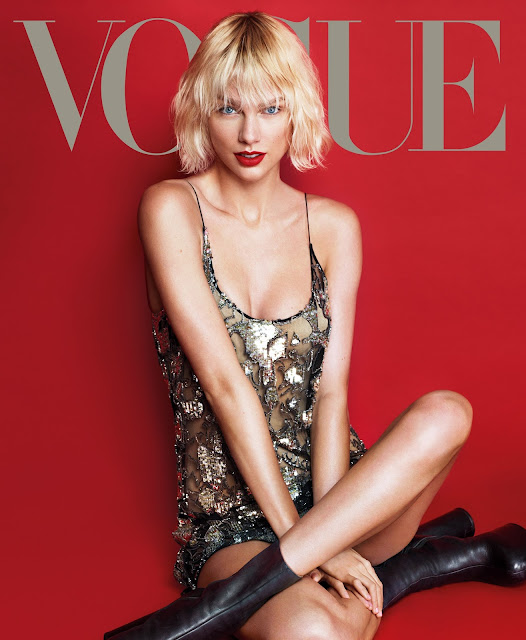 All images are from Vogue.com and Fashion Gone Rogue

I get a little obsessy about Adele.
About her makeup.
About the exquisite execution of her makeup by the complete genius’ who work with her.

Adele covers the March 2016 issue of Vogue magazine, photographed by Annie Liebowitz.
What are your thoughts? 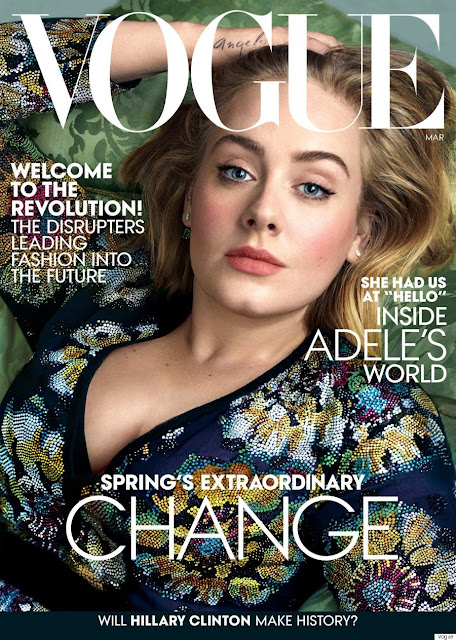 It’s very Kate Winslet-y don’t you think? Very pretty and she looks lovely, but I like my Adele Vogue covers to have a little more
ba-boom to them. I love those images where she knocks you over with her incredible wow-factor. Such as the Vogue cover that Mert and Marcus shot in 2012. 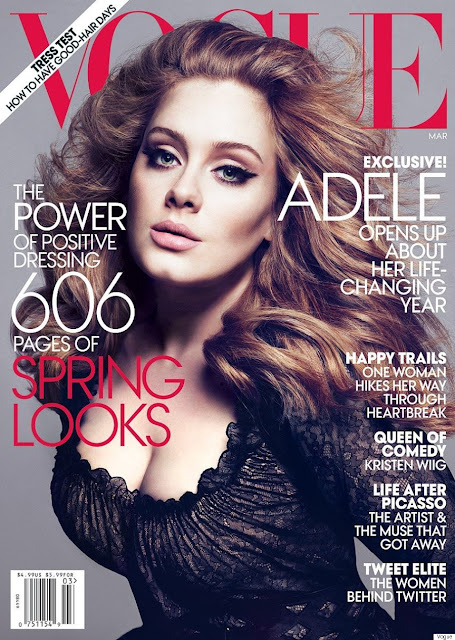 Check out the bts video from the recent Vogue shoot, and then scroll to the bottom for a link to the article in Vogue.

Watch this video on The Scene.

Read the Vogue Magazine article and interview with Adele HERE

With party season here, there’s no better time to think about restocking the foundation of your makeup arsenal: your collection of black eye pencils. Check out these major eyeliner picks from makeup artist Mark Carrasquillo, found in an interview with him on Vogue.com

A Pro’s Guide To Painting It Black

Still fixated on the wave of darkly modern eyes spotted on the runways this past September in the form of pixie dots at Vuitton and graphic arches at Fendi, we turned to editorial makeup artist Mark Carrasquillo, who shared his advice on assembling the ultimate dark eyeliner wardrobe and the absolute best pigments to invest in. That is, with one noteworthy exception. “I am saying no to gel liner!” Carrasquillo admits with a laugh. “You never get a straight, smooth line. It just complicates the matter.” All the better to make room in your makeup bag for those eight new black pencils you just ordered.

The Goal: A Smudgy Waterline

A sooty, lived-in waterline etched in kohl—or “an updated version of how you imagine Kate [Moss] used to look back in the ’90s”—is Carrasquillo’s current obsession. “I was working on set with this girl who can close her eye on the pencil and run it back and forth, so she gets the top and bottom at the same time—it’s a very sexy way to do liner without looking retro at all.” Carrasquillo recommends formulas with a drier consistency, like NARS Black Moon pencil or Giorgio Armani Smooth Silk Eye Pencil for waterline coverage, since they have the right equation of slip versus hold. “If it’s too wet, it just moves all over your face and then it’s a big mess—you look more Alice Cooper than sexy.” Chubby kajal sticks are also a great tool for any eyeliner novice aiming for this look, according to Carrasquillo. “A fat pencil gives you a little bit more leeway in handling it.”

The Goal: A Graphic Liquid Flick

Forever a fan of liquid formulas and graphic looks, Carrasquillo leans toward Make Up For Ever’s inky liners across the board and loves

Tom Ford’s dual-ended Eye Defining Pen. “If you’re really good and you have a steady hand, you use liquid eyeliner—that’s a staple. Every girl wants to be that girl.” His 19-year-old daughter, Nico-Lou (@NicoLouMonheimCarrasquillo), a black eyeliner enthusiast, gives Sephora’s Long Lasting 12HR Wear Eye Liner five stars for staying power. No matter which brands he gives her to test, says Carrasquillo, “she always calls me later and says, ‘You know what? The Sephora one just doesn’t move, it’s perfect.’ ”

The Goal: A Soft, Smoky Haze

For a Bardot-inspired French girl line, a powder eyeshadow—applied with an angled brush—keeps the borders hazy and romantic. “I actually like pressing powder along the lash line if you want something a little fuzzier and a little softer—not a hard edge.” Kevyn Aucoin’s Essential Eyeshadow in Blackest Black works wet or dry when applied with an angled brush. Carrasquillo warns that whatever you do, make sure that the pigment absolutely hugs your lash line. “The thing I hate is when you don’t get the black really close to the lashes and you see a separation of a little bit of skin.”