The holiday break is the perfect time to light the candles you got for Christmas, curl up on the couch with your beautiful new throw, a glass of wine, and start binge watching fashion films on Netflix (or whichever streaming device you are using).

Here are some movies to put on your glam list:

8 Fashion Films You Should Watch This Holiday Season 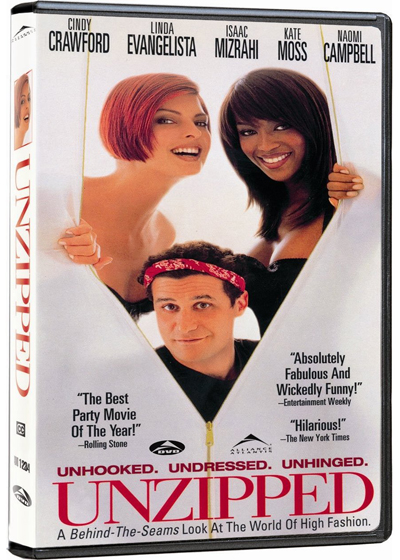 This documentary follows Isaac Mizrahi as he creates his 1994 winter collection. Made in the heydey of the real supermodels, the film features Linda Evangelista, Christy Turlington and Naomi Campbell – the triumverate.

It’s fabulous and funny and delightful. 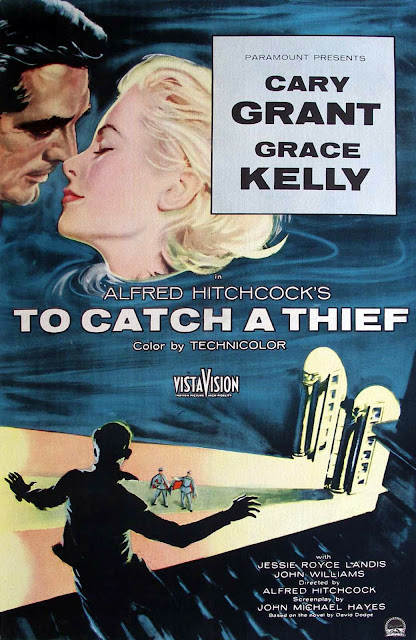 This has to be one of the most stylish movies of all time.

Perhaps the greatest collaboration between Hollywood costuming icon Edith Head, actress Grace Kelly and director Alfred Hitchcock, this film is a visual feast for any lover of fashion. 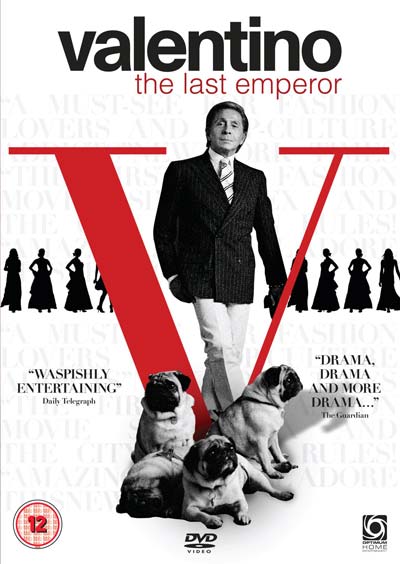 Valentino Garavani opened his first store in 1959. In 2007 he announced his retirement, heralding the end of an era. Valentino was the last of the old school of designers, a collective that counted Yves Saint Laurent, Christian Dior and Hubert de Givenchy among its ranks. This documentary follows his last 2 years as a designer, gives the uninitiated a window into why he is and was so important in the fashion world, and is magnificent for every great lover of fashion.

5. Scatter My Ashes At Bergdorf’s 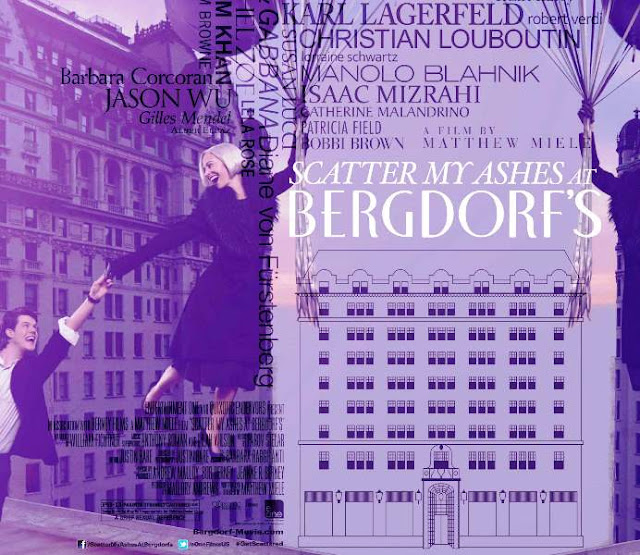 Bergdorf Goodman’s is an American institution, and this film explains why. From the planning that goes into their legendary windows to what it means to a designer to have their work there, Scatter gives you a no holds barred look behind the scenes.

Scatter My Ashes at Bergdorf’s 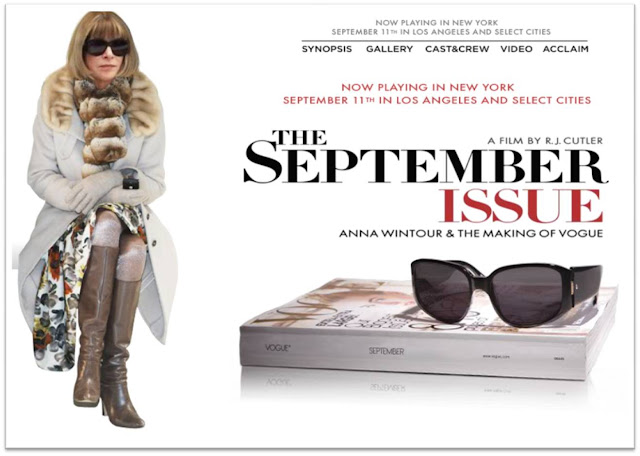 The Devil Wears Prada’s brutal depiction of Vogue Editor-In-Chief Anna Wintour prompted Wintour to reply with a film of her own. The September Issue gives you a real look inside the creation of the biggest issue of the year, and shows you just how powerful she is in the fashion industry. 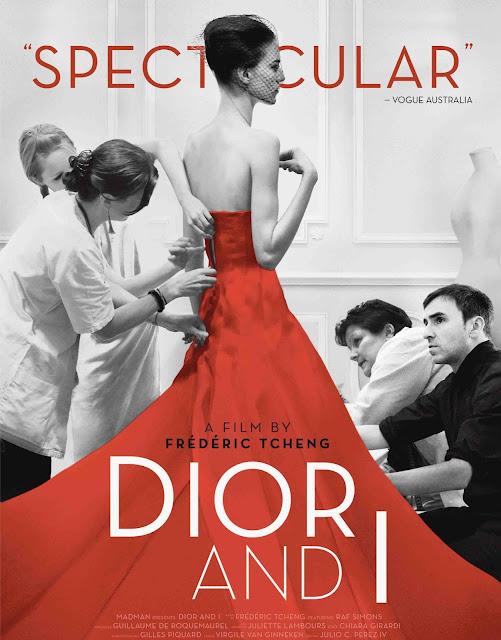 When Raf Simons took over the reins at the house of Dior in  2012 he had a mere 8 weeks to create his first Haute Couture collection, instead of the normal 6 months. Frederic Tcheng, who is also behind the incredible Valentino: The Last Emporer and Diana Vreeland: The Eye Must Travel, takes us on a behind the scenes look at Simons’ stressful first few months, with attention given to the incredible seamstresses who brought his vision to life. 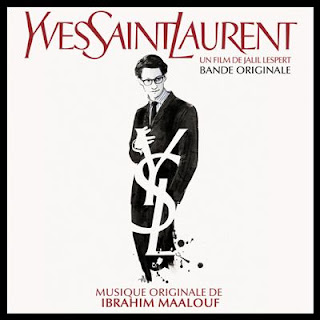 A look at the life of legendary French designer Yves Saint Laurent from the beginning of his career in 1958 when he et his lover and business partner, Pierre Berge. 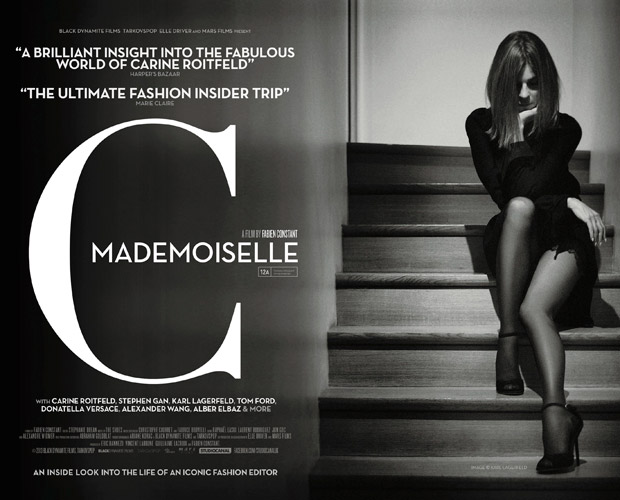 This documentary is about former Vogue Paris Editor-In-Chief and supreme fashion stylist Carine Roitfeld as she launches her magazine, CR Fashion Book.

Carine is one of the most important stylists of our time, and her story is important for any devout follower of fashion.

I love fashion and makeup that are inspired by the arts, by significant people in art, history and society. Think Frida, Jackie O, Marie Antoinette – anyone or anything that is iconic or that speaks to an iconic moment in time.
With my passion for art, history and art history, doing research for shoots is one of my favorite pastimes.

Vogue.com took a look at how Sergei Diaghilev’s costuming for the pre-soviet Ballets Russes has served as inspiration for designers such as Yves Saint Laurent, Christian Dior and Paul Poiret.

The Ballets Russes introduced a new and avant guard freedom into the arts, not just in ballet and theater, but also into fashion. They precipitated an explosion of creativity at the beginning of the last century that still holds incredible relevance and is an ongoing source of inspiration for designers today.


Not familiar with the Ballets Russes? – here is a little background:

The Ballets Russes was an itinerant ballet company, conceived by Serghei Diaghilev, and widely regarded as the most influential ballet company of the 20th century.
It thrived on the artistic collaboration amongst young choreographers, composers, dancers and designers, all at the forefront of their respective metiers.
Interestingly the company never performed in Russia, where the revolution  was disrupting society and running counter-culture to modern thought. It began in Paris in 1909 and then toured Europe and the Americas.
Most of the dancers were classically trained in the great Imperial Ballet schools of  Moscow and St Petersburg, and their spectacular technical prowess breathed a new life into the Parisian ballet scene, where technique had declined drastically since the 1830’s.

The costuming for the Ballets Russes was extraordinary. Cutting edge, luxe, provocative and incredibly influential, even now.

Some fabulous books about the Ballets Russes, that make gorgeous gift ideas include:

Ballet Russes And The Art Of Design
and
Diaghilev And The Golden Age Of The Ballets Russes
both available at Amazon.com

Check out these gorgeous images, then scroll to the bottom of this post for a link to the Vogue.com article.

More couples get engaged between Thanksgiving and Valentine’s day than at any other time of the year. Combine that with Paris Fashion Week Haute Couture this past week, and Vogue.com came up with this fabulous post on the 22 Most Over The Top Haute Couture Brides Ever.

I loved it! I adore Haute Couture. I had the enormous pleasure of working couture shows back when I lived in London and worked extensively on the runway circuit. Couture has the distinction of having the highest level of craftsmanship, paired with the ultimate in style, and sometimes it walks way out there on the wild side.

So for you upcoming brides seeking a dress, and those of you who love couture, here are my 10 favorite of Vogue’s Most Over The Top Haute Couture Brides. Ever.

Don’t you wonder which of these dresses were sold, and who wore them??

See the rest of the story – there are 12 more dresses! here at Vogue.com