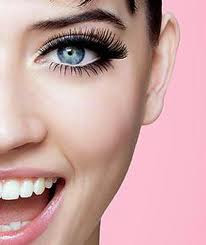 Nothing enhances your eyes more than really sensational lashes, but getting them isn’t always as easy as it would seem. Here’s a little 8 step guide to building lashes a girl can bat alluringly!

8 Tips To The Longest Lashes Ever

Applying a coat of primer first will help create the illusion of thicker fuller lashes and will give your mascara something extra to grab hold of.

2. Choose Your Wand
A small fine wand is ideal to help build longer lashes. It is easier to get to the base of the lash and pull through and extend the lash

A fat, fluffy wand is for fuller, fluffier lashes. If you’re going for a fuller lash look, put on several coats to really build the lashes.

4. Work your technique.
Starting at the base of the lash, pull your mascara wand through the lash using a side to side motion. Go back through the lashes this time rolling the wand to create more intensity. 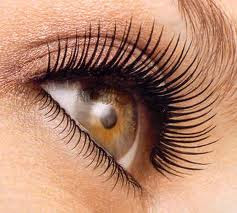 6. Line the upper inner rim or the eye.

For a fuller, bolder looking lash line apply a waterproof liner to the upper lid’s inner rim before applying mascara.

Then smudge a thin line of liner into the base of the lashes and lash line. This will create the illusion of thicker lashes.

7. Create a fan of lashes on the upper lid.
Direct the outer third of your lashes toward you temple, the center third up and forward, the inner third toward your nose. This trick will make your lashes look drastically fuller and longer!

8. Ingredients to look for:
Some key ingredients to look for in your mascara are
Soy Protein to build volume
Acrylates Copolymer to enhance lash length
Panthenol, Pantethine and Pro Vitamin B5 (all of which are found in hair products)  are conditioners used to make lashes longer and stronger