It seems to me

that this season we have had an inordinate number

Some cool, some fabulous,

but somehow with so many

in one editorial season,

they all seemed to get caught up

in the flotsam and jetsam.

And it became quite a boring subject. 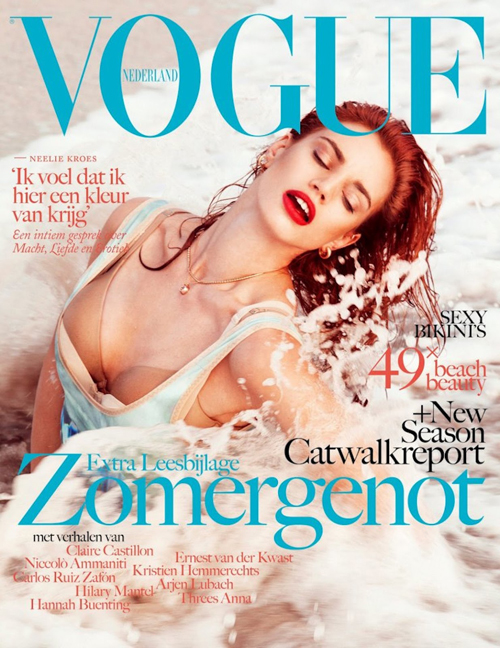 For the August 2012 issue of Vogue Netherlands

have managed to completely juice the genre up

with a sexy and provocative swimwear story

that just squeals with originality.

of lingerie and swimwear

that requires you to stop and look,

just to figure out what is going on.

to a whole new Vogue level,

not only bringing a full blown sensuality to the story,

but sprinkling it with naughtiness and allure,

confirming once and for all that ginger girls are where its at.

This one demands your full attention. 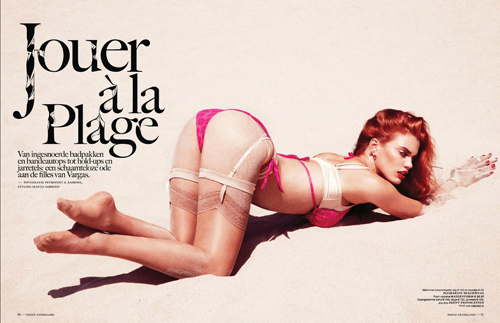 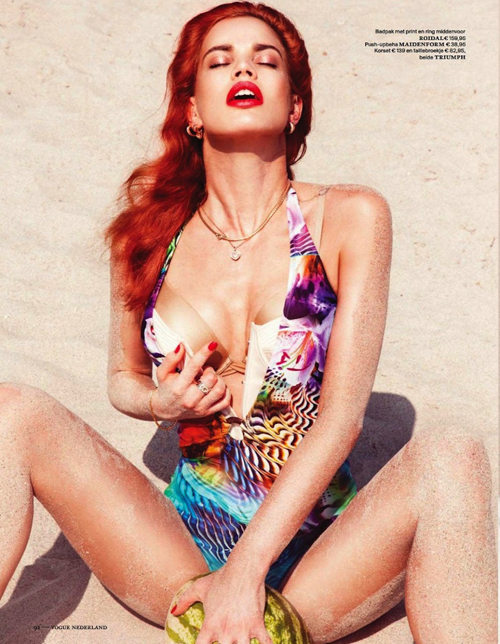 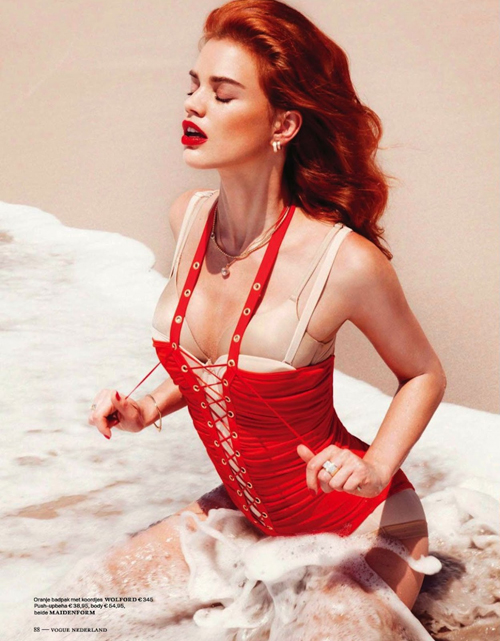 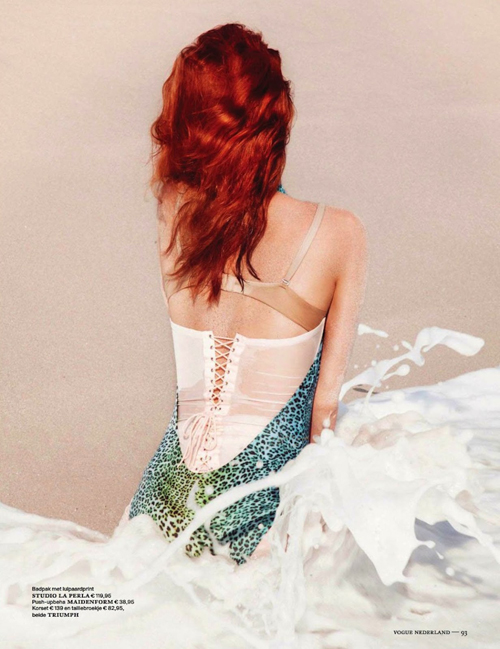 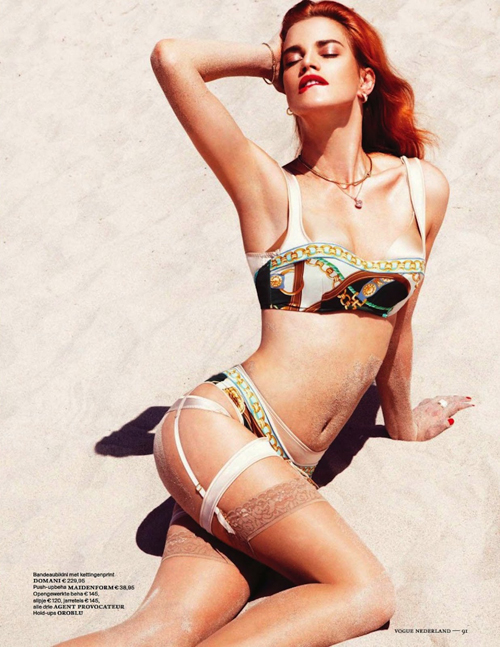 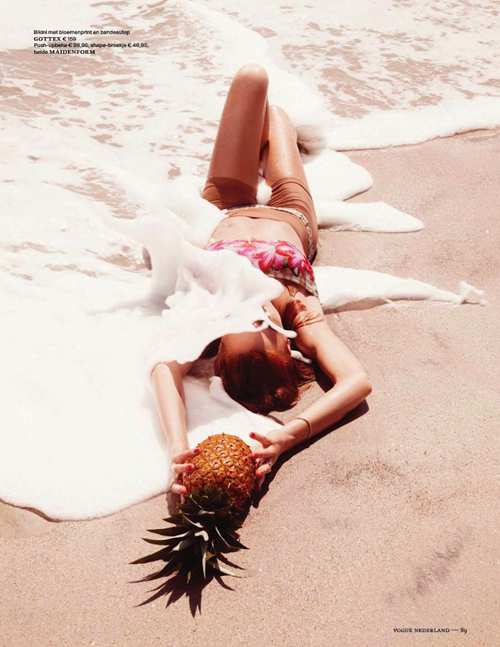 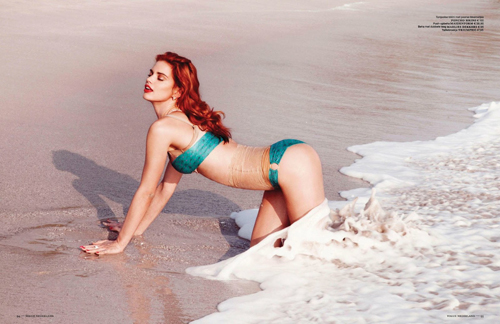 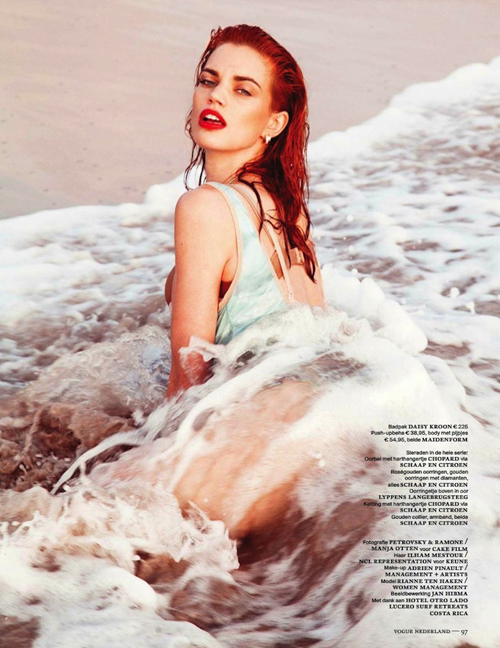