Last night I was priviledged to go to a private screening of Guy Ritchie’s fabulous new movie, The Man From U.N.C.L.E. 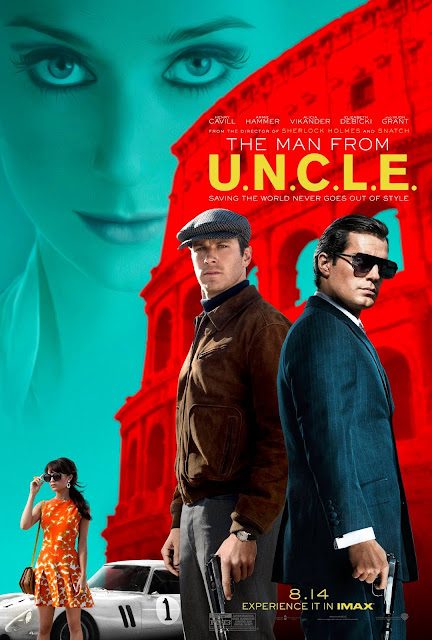 The film stars Henry Cavill and Armie Hammer as CIA and KGB agents on opposite sides of the Cold War, and Alicia Vikander as an East German car mechanic, caught up in their caper.
Elizabeth Debicki is the villianess, and Hugh Grant is Hugh Grant, and wonderfully so. 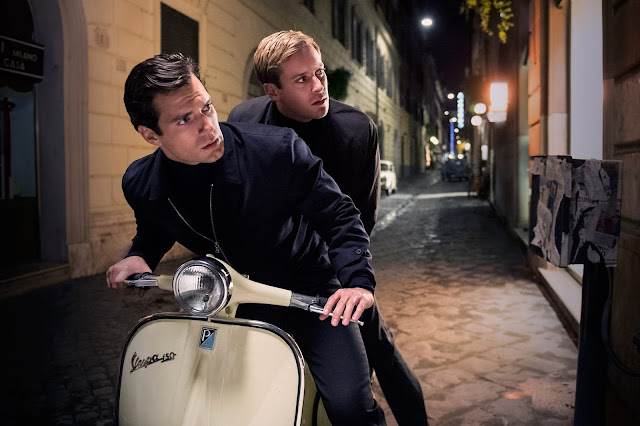 Based on the 1960s TV show, Guy Ritchie has created a spy movie reminiscent of Bond movies at their best.
Remember when James Bond was suave and debonair, the ultimate ladies man? Circa Sean Connery and early Roger Moore, when Bond was fun and a little campy, long before Daniel Craig’s Bond-of-angst. This movie captures that fun.
And you just know this had to be a really fun movie to work on.

The Man From U.N.C.L.E. is visually luscious. The scenery is fabulous, much of it shot in Italy, the cars are glorious tributes to the 60s, and there are so many fantastic little visual details (such as villian Victoria’s green exterior use telephone – I loved it!!)

While the men are endlessly dapper and always eye catching, the panache of the ladies’ fashion is just jaw dropping.
Rather than take the expected and cliched route of a Mary Quant looking 60s fashion, Johnston took influence from 1966, ’67 and ’68 and created her own fashion, blowing away any academic correctness with a style of her own that is so stunning, so gorgeous and so on point that everyone will be clamoring to get their hands on identical pieces. 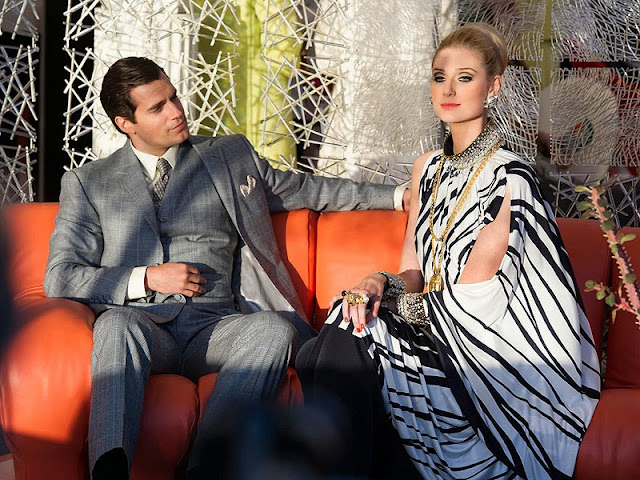 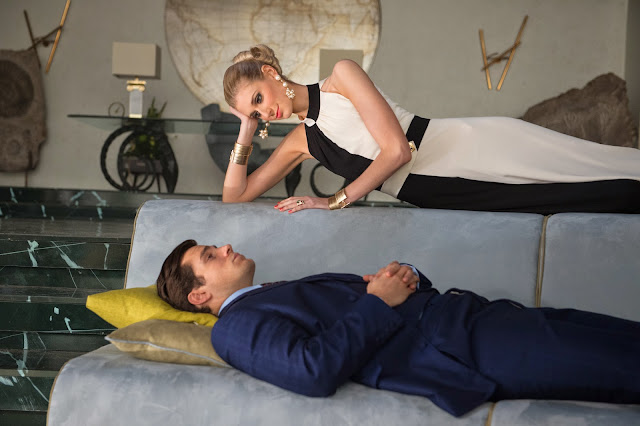 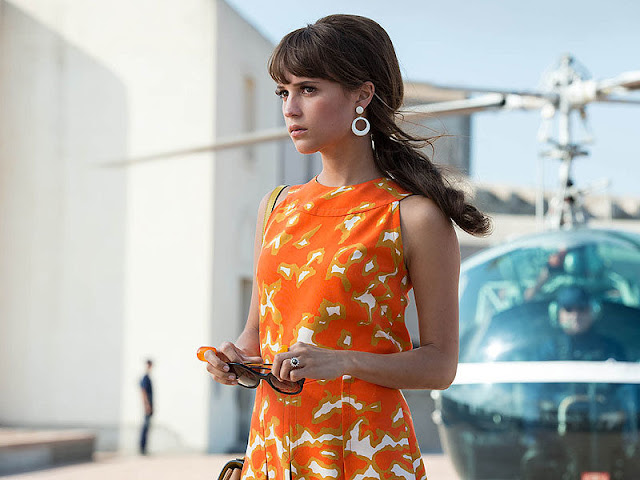 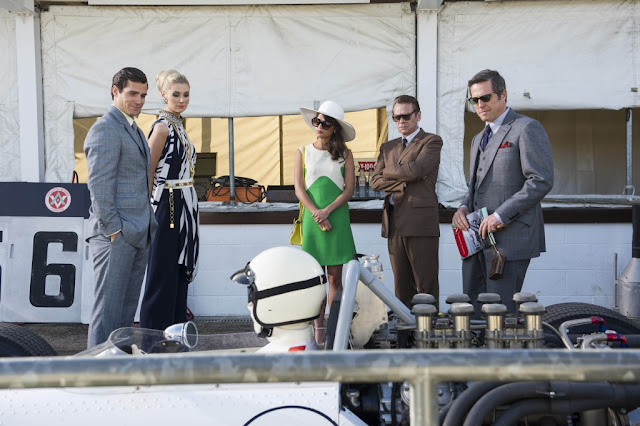 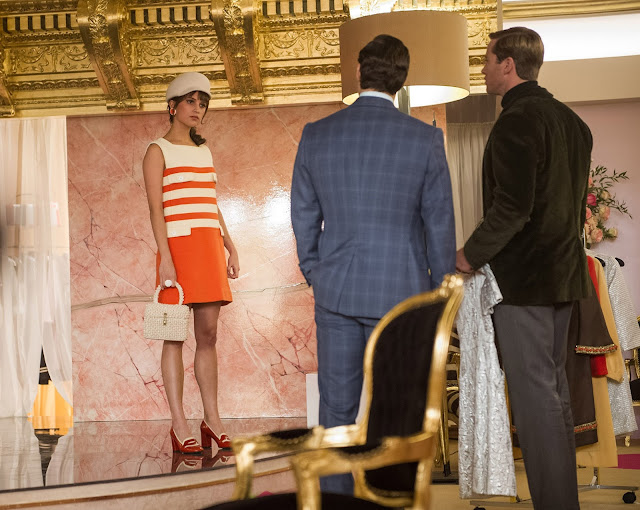 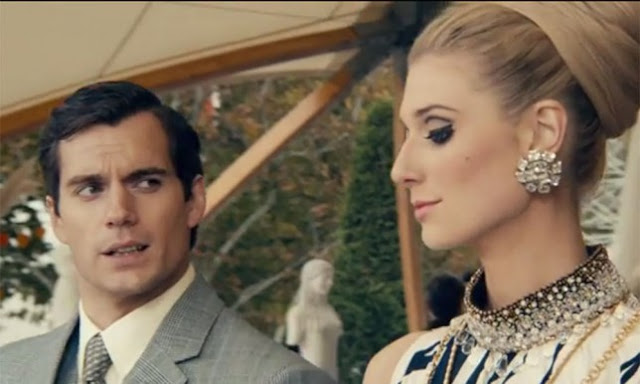 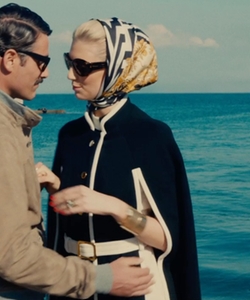 There are so many fashion details that are just perfection.
From Debicki’s Emilio Pucci leather trimmed cape to Vikander’s belted coat. 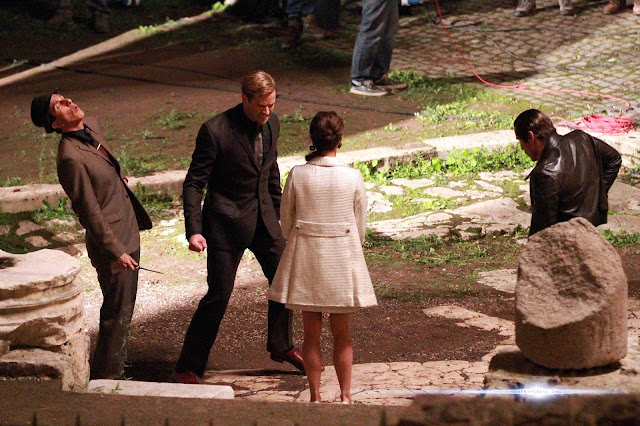 The white Henry Holland sunglasses that Alicia Vikander wears in The Man From U.N.C.L.E are already one of the most sought after sunglasses of the season.
Try getting them at www.houseofholland.co.uk

Hair and makeup are sensational too. I know this will be one of those movies that I watch over and over.

Thank God Tom Cruise backed out of this movie.
Even with Ritchie at the helm, Cruise would have ruined it.
He was originally slated to play the lead role, that of Napoleon Solo, which instead went to Henry Cavill who was superb.

Check out the trailer for The Man From U.N.C.L.E. here: