I just got back from a month in Italy leading two more Glam Italia Tours. They were amazing! It is so incredibly gratifying and exciting to see the look on ladies’ faces as they discover Italy for the first time, and to be part of these fantastic memories that they will have forever.

But let’s talk about Heathrow.
Since I left London a lifetime ago I have steadfastly avoided using Heathrow airport. (Much as I will do anything to avoid Chicago O’Hare, where you are basically guaranteed your flight will be delayed)
Back in the day London Heathrow was always an absolute zoo, and with so many other airport options available I’ve always taken a more palatable option. On this most recent trip I broke my own travel rule and allowed myself to be routed through Heathrow. Never again! 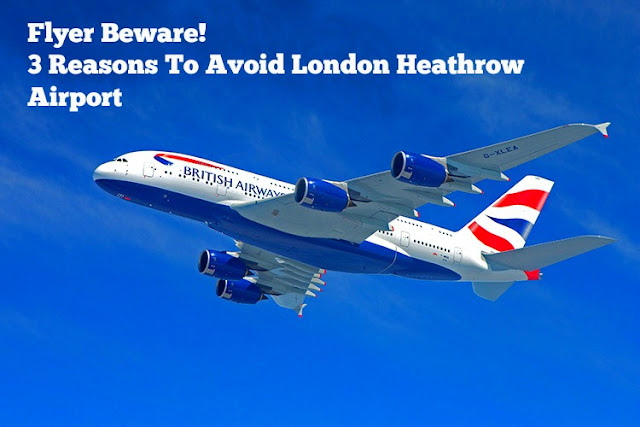 1. They Were Ridiculously Short Staffed.

I flew to London from Rome, arriving late in the evening. Terminal 5, the British Airways terminal had a total of 3 people working passport control.
Three! If ours was the only plane arriving, that would have been bad enough, but there were other planes arriving too, each dumping hundreds of passengers, so the wait was excessive. Personally I got through in about an hour an 15 minutes, but other passengers were in line over 2 hours. This could be disastrous for anyone connecting to another flight.
I had to catch a bus (in the pouring rain) to Terminal 4 and just made the last bus of the night by the skin of my teeth.

2. Of the 3 passport control workers, 2 were sick.

They had the nastiest, meatiest, lung curdling coughs you have ever heard in your life, and rather than cough into tissues or into the crook of their elbows, they hacked up their lungs into their open hands. And then without so much as batting an eyelid used the same hands to pick up each passenger’s passport.
I would have been grossed out if they were using disinfecting wipes or hand sanitizer after rustling up fluids from the bottom of their lungs, but watching them attach their cooties to each person’s passport was just revolting. I wonder how many hundreds of people they exposed to their germs?

At the security x-ray leaving Heathrow they gave out zip lock bags slightly larger than an American Zip Lock sandwich sized bag, for all your liquids and creams. Each passenger was allowed one bag only and it had to zip closed.
I fly internationally multiple times per year, round and round the world. I take the exact same travel beauty products on every flight, packed in the exact same see through travel cosmetic bags. All the airports that I fly in and out of have the same rules, except for Heathrow.
The security people at Heathrow Terminal 5 threw so many expensive products in the trash – it was unbelievable! I am all for keeping travelers safe, and I do appreciate that they don’t consider our shoes to be a threat and as such let us keep them on, but seriously I do not see the merit in confiscating travel sized skin care products (all of my beautiful Tatcha products!), a MAC Paint Pot, Chanel lipstick, mascara (just how much damage can a girl cause with a tube of DiorShow Blackout???) cream blush, a half tube of Makeup Forever Lift Concealer, a travel sized (1.6 oz) Oribe Cote d’Azur Hair Refresher, travel sized toothpaste (although one glance at their manky grills and you can see that British teeth and toothpaste don’t necessarily go together). I can’t remember what else they took, but it really was ridiculous.

The way I see it, if there really truly is a safety threat in a carry on bag that contains more than a sandwich sized plastic bag of beauty products, why not just tell your unsuspecting fliers at check in when we still have the option of throwing them in our suitcases?
The poor lady who went through security ahead of me was in tears as her beauty products were thrown in the trash.

I do appreciate that the Brits are the best at counter terrorism and that they confiscated my eye cream as a means of keeping the plane in the air. I want all planes to stay in the air and therefore happily comply with every rule, but in the future I will avoid Heathrow like the plague that it’s passport control workers want to spread, and maybe get to keep my travel sized toothpaste while I’m at it.