I would LOVE to take part in the women’s strike tomorrow (Wednesday March 8th).

I am a freelancer and a single mom, so not showing up to work just isn’t an option. And I know that probably the largest part of the female population for one reason or another simply cannot go on strike, but still want to support the cause. There are however, things that we can do, starting with wearing red and not buying anything.

“She was warned. She was given an explanation. Nevertheless, she persisted”

The following is an article written by Patricia Garcia for Vogue.com

This post contains no affiliate links. Do not buy anything today. 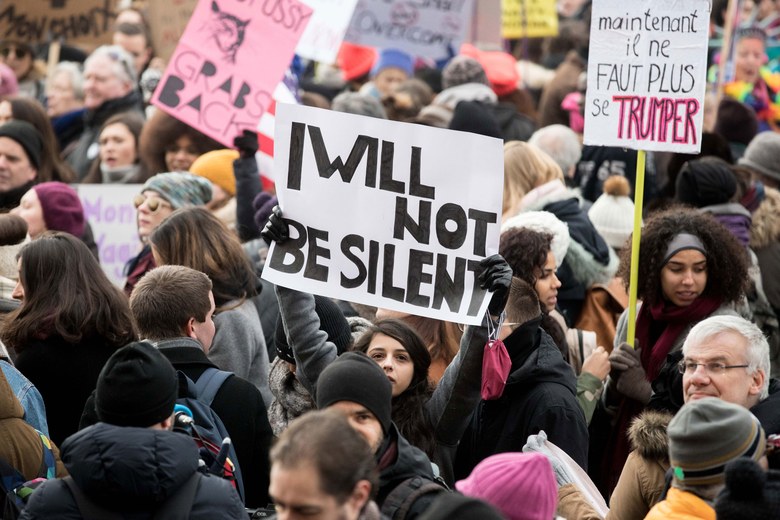 On Wednesday, March 8 (also known as International Women’s Day), a global women’s strike is set to take place in the United States and in more than 30 countries around the world. Following in the heels of the Day Without Immigrants strike and the Bodega Strike in New York, the organizers behind the Women’s March in D.C. have rallied once again to help coordinate this latest economic boycott, which has been dubbed A Day Without a Woman. According to the Women’s March website “the goal is to highlight the economic power and significance that women have in the U.S. and global economies, while calling attention to the economic injustices women and gender-nonconforming people continue to face.”

While nothing sounds more tempting than refraining from work as a way of fighting for the feminist cause, striking is simply not an option for a significant amount of women in the U.S. For starters, women hold more than two-thirds of the country’s minimum wage jobs, which rarely have paid sick days or flexible schedules. There are also those women who might not participate in the formal work force, but still have the full-time, nonnegotiable job of taking care of family members to consider. How is a single mother, for instance, supposed to strike from taking care of her children? One stay-at-home mom described the conundrum in Quartz: “In order for me to strike at home, I would have to hire help—which is itself antithetical to the premise of ‘A Day Without a Woman,‘ given that my babysitters are female,” she wrote. “At the very least, I suppose, I could order dinner that night instead of cooking and refuse to clean up after the kids. But that would only result in fewer dollars in my pocket and heart palpitations from the mess.”

Thankfully, there are a few ways for everyone to pitch in during the general strike. Below, a guide to participating in the women’s strike, even if you can’t take the day off of work on Wednesday.

Wear red.If you can’t skip work, you can wear the official color of the strike as a symbol of your solidarity. And even if your job entails a uniform, red shoes or an equally subtle accessory can help get your point across.

Don’t buy anything.A not-so-easy but important way of showing a woman’s indispensable impact on the economy is to abstain from participating in it at all. Have your coffee at home, bring your lunch in to work, and don’t cave in to that online sale that popped up in your email. But if you simply must buy something, be sure to choose to spend your dollars at small, independent, and female-owned businesses.

Enlist the men in your life for help.Aside from skipping work on Wednesday, women are also supposed to leave the caregiving and household chores for the men to handle. But for those who don’t have a male partner to rely on, try to enlist as many male friends or family members as allies to the cause in your name. You can start by forwarding them this cheat sheet.

Attend a rally.If you worry you will get a bad case of women’s strike FOMO during your 9-to-5, you might still be able to join forces with the strikers at one of the several dozens of rallies taking place around the country on Wednesday. Thankfully, a number of them start either very early on in the day or go on until late at night, meaning most women will have a chance to swing by a rally before or after work. (You can check out the full list of nationwide events here.)