The 2017 Glam Italia Tours actually started in Paris. I flew in on the Air France Dreamliner A380 which is quite a spectacular plane and an unbelievable feat of aviation engineering!

I adore Paris. A lifetime ago I lived between London and Paris, and it was a pretty amazing time. It’s always good to be back here. Back in the London days I used to stay on the Ile St Louis but since then I have always stayed in the Latin Quarter. I’m very much a left bank girl when in Paris and a Trastevere girl in Rome. This time however I’m doing something different and staying in another of my favorite neighborhoods in Paris, the Marais. It’s wickedly cool!

Anyway, when in Paris one of the things you must do is go to the Louvre. It’s hard to wrap your head around how huge the Louvre is, so I always recommend doing some recon before you leave home, find out what you really want to see there, and figure out how to get to that section. It’s easy to get overwhelmed at this former palace of the kings!

I found this great article written by Emily Nathan on The Wayfarer.

Five Tips for a Stress-Free Visit to the Louvre

Get the most out of your visit without tiring yourself out. 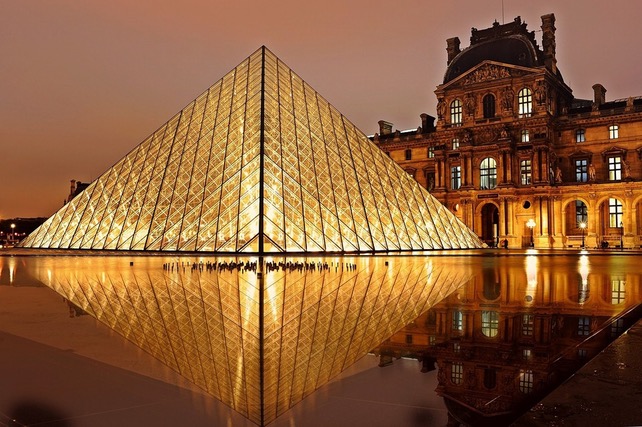 Despite what some museum lovers may have you believe, let’s be honest: There is really no shame in museum-phobia. Although these worshipped institutions offer innumerable opportunities to refresh your arsenal of worldly facts and observations—best whipped out at cocktail parties, of course—museums are intimidating places. They’re big, they’re exhausting, and getting anything at all out of them requires a lot of mental, and often physical, work.

So it’s no surprise that the largest museum in the world, the Louvre in Paris, has been known to send those bold enough to enter it running for the hills—or at least collapsing in a disoriented pile at the snack bar. Indeed, a trip to the Louvre can feel like a futile one and is often spent primarily rushing by walls of masterpieces while vainly consulting the map for the nearest toilet.

But have no fear: There is an order to this chaos, and a few tips can turn even the most bewildered of Louvre-initiates into one who leaves the place a little smarter.

1. Get your tickets ahead of time
The first thing to know is that the Louvre is crowded and hot, so don’t expect echoing rooms air-conditioned to a comfortable 65 degrees. Crowds mean lines, so do yourself a favor and grab your tickets ahead of time at any FNAC bookstore—or at the small tabac shop inside the Carousel du Louvre mall—and then enter through the lesser-known Passage Richelieu instead of the mobbed outdoor entrance at the Pyramid. Still sounds rough? Night owls rejoice: The museum is open until 9:45 p.m. on Wednesdays and Fridays and crowds tend to thin after dark.

2. Ditch your coat
Once inside, check your jacket and your bag. Trust me, all you want is your camera and your wallet for a coffee break. The excellent news is that the museum’s high-tech coat room is self-service, with personal lockers that you can return to any time and as often as you want (although getting back to them from deep in the Egyptian wing can be a schlep).

3. Treat the space as art, too
We all know that the Louvre used to be the palace of the French kings, and it was used as such for about four centuries before the French Revolutionaries turned it into a museum. Keep this in mind as you navigate the halls: Kings lived here, so the spaces were built to be fit for a king—not for 9 million tourists every year. Make sure to look up at the ceilings and along the walls, where you can find abundant evidence of royal narcissism: The first letters of kingly names, from Louis to Henri, are carved into the stone all over the place.

4. Begin at the beginning
The museum has three wings, Richelieu, Sully, and Denon, and each can be reached through the central foyer, which is located under the massive pyramid. Taking a chronological approach to the 30,000-some works on display is helpful, so start in Richelieu, where you can go back thousands of years and visit the three greatest civilizations of ancient Mesopotamia: the Babylonians, the Assyrians, and the Persians. These guys were early movers in big ways: They gave us one of the earliest examples of a code of law, the Code of Hammurabi, in 1754 B.C.E. They were also the first to figure out how to create mosaics with lasting colors, elaborate wall reliefs, and ornate jewelry—so this wing is well worth a look.

5. See the three famous ladies
Next, jump forward in time and head to Sully, where the renowned collection of Greek and Roman sculpture includes two of the “Ladies of the Louvre”: the Venus de Milo and Winged Victory, or the Nike of Samothrace, the latter of which holds court at the top of an enormous staircase. (In case you didn’t know, Nike was the Greek goddess of victory, and the “Just Do It” brand was named after her.)

Where is the third lady of the Louvre, you may ask? Well, no trip to the Louvre is complete without her. Pass through Sully to Denon—which contains much of the museum’s most “modern” artworks, including masterpieces from the Renaissance—and fight your way to the front to snap a selfie with the Mona Lisa. Fair warning: She’s small. The biggest thing about her is her drama—specifically, the fact that she was stolen from the wall by a museum employee in the early 1900s and whisked off to Italy for three years before the museum got her back. The rest is history. 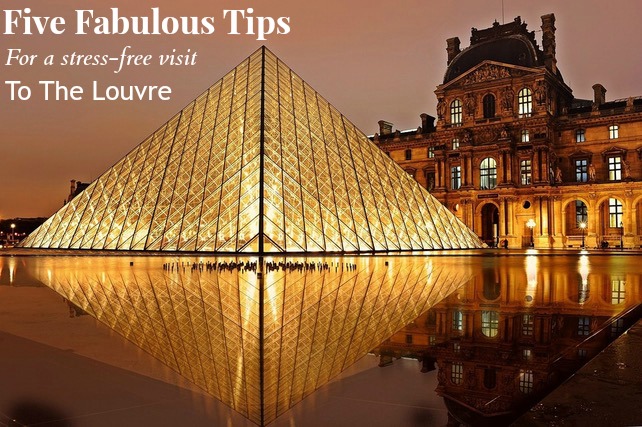