But can I even tell you how much I miss wandering around bookstores finding my next great read?? While I was in Paris a few weeks ago I made the pilgrimage to the Shakespeare and Company bookstore and spent ages doing just that – wandering around, browsing, buying books.

I really miss the tactile experience of reading a book too. I miss the smell, and I miss the feeling, the sensation of turning a page. So I’ve just been clicking away on Amazon, buying books. 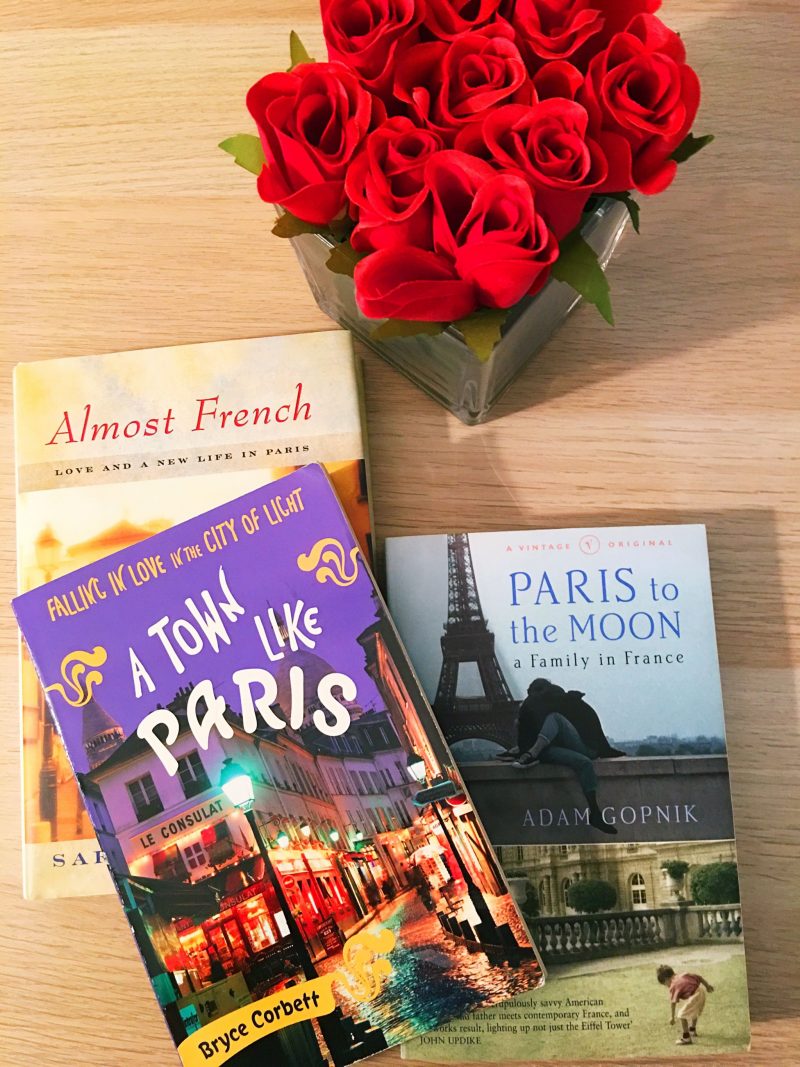 The current situation on my desk…

Before I head overseas on a trip I like to read books set in the cities I’m traveling to. It gives you a familiarity with the place, gets you dreaming of the place you are going, lets you make lists of places to see that aren’t in the guide books, gives you things to recognize while you’re there, plus adds another texture to your travel experience.

When I get home I bury myself in books set in the places I’ve just been, trying to keep the experience alive for a little while longer. Right now I’m caught somewhere in the middle, not willing to let go of this most recent trip to Paris just a few weeks ago, and getting ready to go back again in the next few weeks.

If you’ve never been to Paris but want to daydream, if you are heading to Paris soon and want to get in the mood, or if you are holding on to the memories of a wonderful time spent in the City of Light, here is a list of 8 books set in Paris. I have either read or just ordered all of them, and have put affiliate links with each.

A Town Like Paris: Falling in Love in the City of Light, by Bryce Corbett 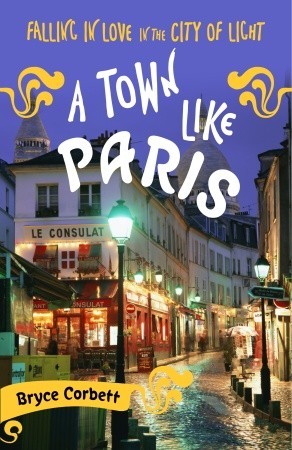 Bryce is a 28 year old Australian who after suffering a break up (and a horrendously boring job) decides to move to Paris. He rents an apartment in the Marais, in the heart of the city’s gay district, which could limit his opportunities to meet single french females, and begins a new life in the city of light. Along the way he meets a Parisian showgirl and falls in love.

This book is absolutely hilarious. It will have you in tears laughing all the while acquainting you with one of the most magnificent cities in the world. A MUST read! A Town Like Paris is available at Amazon.com 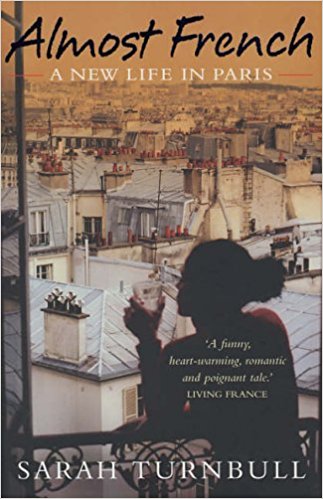 Almost French: Love and a New Life in Paris, by Sarah Turnbull

I bought this book years ago because I knew a Sarah Turnbull when I was growing up in New Zealand, and was sure this Australian journalist had to be the same girl. Afterall how many Sarah Turnbull’s could there be in Australasia?? Apparently at least 2…

Anyway, this is another true story featuring an Aussie in Paris. Sarah meets a Frenchman who persuades her to move to Paris, the most romantic city in the world. Her clothes, her laughter, her conversation, her very non-french-ness make her an outsider from the beginning. As she navigates her way through this new culture she becomes seduced by Paris, sharing it’s magic with her along the way. At times you will cringe and at others you will laugh out loud as she shares her journey with you.

One time with a trip to Paris on the horizon I actually wrote down the places she talks about in the book, and then wandered around Paris visiting as many of them as I could. It was wonderful. Almost French is available on Amazon.com 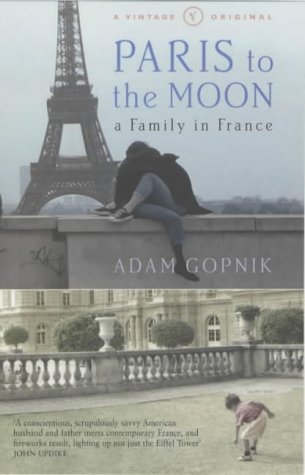 Paris to the Moon, by Adam Gopnik

In 1995 Gopnik, a writer for The New Yorker, moved to Paris for 5 years with his wife and baby son. The plan was to enjoy the culture and the glamour of this exquisite city, living the dreamy life of an American in Paris. Enjoying the bistro life, partaking in philosophical discussions all the while raising his son playing in the Luxembourg Gardens and running around Paris. Perfect, non?

The readers of Gopnik’s award winning and very much loved “Paris Journals” already know the reality of it was at times exasperating and not always glamorous. Paris To the Moon is hilarious and endearing and completely brilliant. Just as with Sarah Turnbull’s book you will find yourself jotting down places and experiences to try out for yourself.

Paris to the Moon is available here on Amazon.com 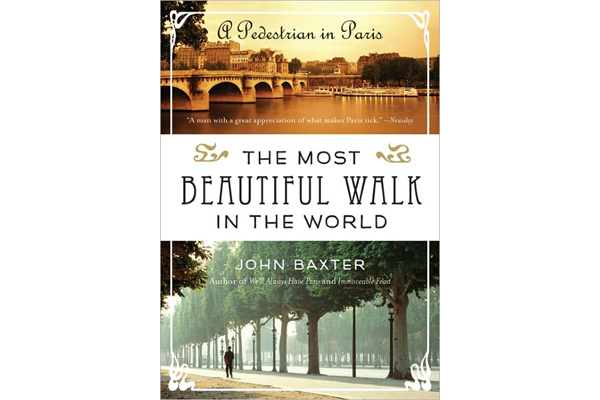 The Most Beautiful Walk in the World: A Pedestrian in Paris, by John Baxter

I haven’t read this one myself yet, but with a title like that, and the fact that it is about walks in the most fabulous walking city in the world, I just ordered it on Amazon. The synopsis below is from Amazon.com

From the author of Immoveable Feast: A Paris Christmas (P.S.)

and We’ll Always Have Paris

comes a guided tour of the most beautiful walks through the City of Light, including the favorite walking routes of the many of the acclaimed artists and writers who have called Paris their home. Baxter highlights hidden treasures along the Seine, treasured markets at Place d’Aligre, the favorite ambles of Ernest Hemingway, Gertrude Stein, and Sylvia Beach, and more, in a series of intimate vignettes that evoke the best parts of Paris’s many charms. Baxter’s unforgettable chronicle reveals how walking is the bestway to experience romance, history, and pleasures off the beaten path . . . not only of La Ville-Lumière, but also, perhaps, of life itself. The Most Beautiful Walk in the World is available here on Amazon.com 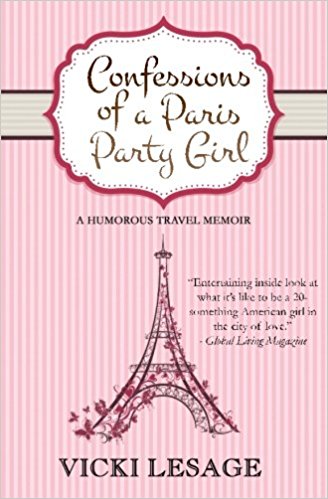 Confessions of a Paris Party Girl, by Vicky Lesage

This Amazon #1 bestseller popped up on my recommended list, and I’m going to order it so therefore I figure I might as well share it with you!

When newly-single party girl Vicki moved to Paris, she was hoping to indulge in wine, stuff her face with croissants, and fall in love. It proved to be much more difficile than she’d imagined. In this laugh-out-loud memoir, this cheeky storyteller recounts the highs and lows of her life in the City of Light. Sassy and shamefully honest, Vicki makes you feel as if you’re right there in Paris stumbling along the cobblestones with her.

Will she find love? Will she learn to consume reasonable amounts of alcohol? Will French bureaucracy ever cut her a break?

Confessions of a Paris Party Girl is a delicious cocktail of the humor of Tina Fey, the candor of Amy Poehler, and the self-deprecating charm of Mindy Kaling. You’ll feel as if you’re chatting over a bottle of wine with your new best friend, one who drinks as much as Chelsea Handler and makes you laugh as much as Sophie Kinsella. Confessions of a Paris Party Girl is available here on Amazon.com 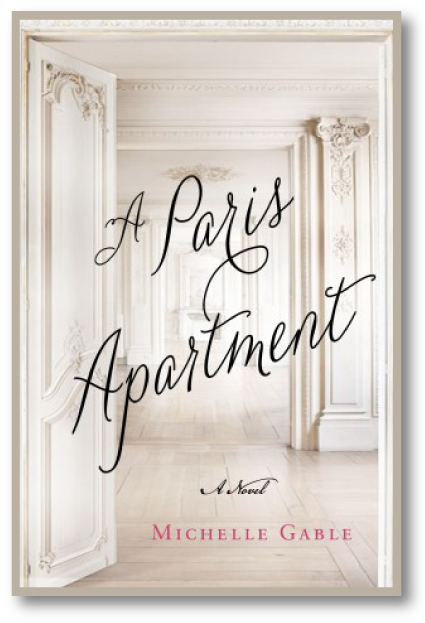 A Paris Apartment: A Novel, by Michelle Gable

April Vogt, a Sotheby’s continental furniture specialist gets sent to Paris to curate the hoarded belongings found in an apartment that has been shuttered up for 70 years. The furniture will fetch millions, but more interestingly April discovers the diaries of the woman who lived there, a Belle Epoque courtesan with an intriguing story.

Set both during the Bell Epoque and present day, A Paris Apartment became an international bestseller, and will fuel any dream you’ve ever had of owning an apartment in Paris or maybe just running away there for a while. Available online at Amazon.com 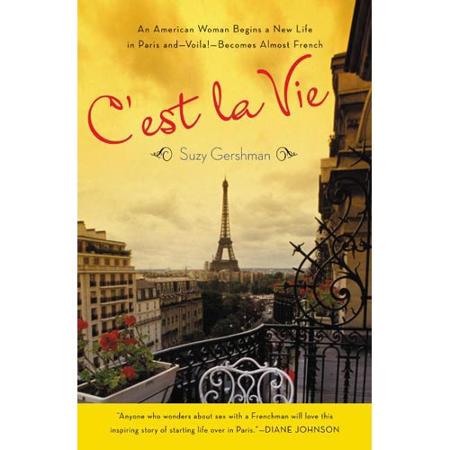 This one is on my to be read pile, so the synopsis is lifted from Amazon:

Bestselling writer Suzy Gershman (dubbed “Super Shopper Suzy” by Oprah) is our answer to Peter Mayle in this heartfelt, breezy, and funny story of starting over in Paris. Suzy had always fantasized about moving to Paris with her husband, but when he dies unexpectedly, she decides to fulfill their dream alone. Here she gives a deliciously conversational chronicle of her first year in Paris and of the dizzying delights and maddening frustrations of learning to be a Parisian. Filled with Gershman’s insider’s tips on everything from cooking the perfect clafoutis to—naturally—shopping, C’est la Vie is delightfully entertaining and captures the exhilarating experience of beginning a new adventure. C’est La Vie is available here on Amazon.com 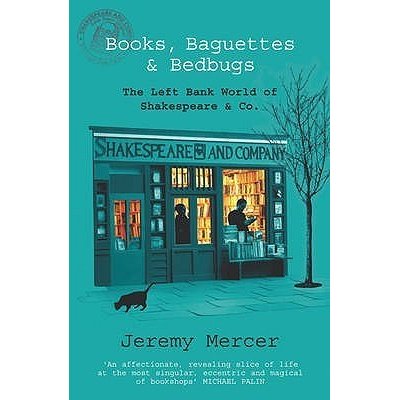 I’ve written before about my favorite bookshop, perhaps anywhere in the world, Shakespeare and Company in Paris. I haven’t yet read Jeremy Mercer’s Book, Baguettes and Bedbugs, which is about Shakespeare and Co, but I read the review below and have now added it to my must read list.

If you’re interested in Paris, whether or not you’ve traveled there and visited Shakespeare & Co., you will learn a lot about literary Paris and enjoy reading this book. If you have been to Paris, visited the bookshop, and have met George Whitman you’ll love this book. And if you have stumbled a bit in your life and are broke, you absolutely must read this book to know that life can be great while living without much money, and be encouraged for a better tomorrow.

Doesn’t it make you want to read it?? Available at Amazon.com 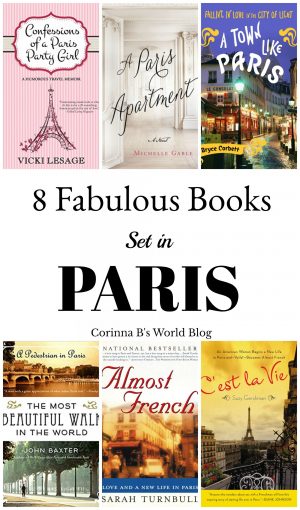