I grew up in the southern hemisphere, where the seasons are reversed. So all my childhood Christmases were in mid summer. Its light out til 10 o’clock, so the houses aren’t decorated with twinkling lights like they are here, the last thing you want is hot cocoa, and you’ll never see snow.

So when I moved to London, Christmas was a crazy, new, exciting experience. It was cold out, and got dark by 3 or 4 in the afternoon. And those Londoners really know how to throw a fabulous Christmas!

Every year there would be the pre Christmas runs to Calais to stock up on cases of fab french wine, cheeses, pates & other french delectables. We’d jump on the hovercraft and zoom over to the hypermarkets (enormous supermarkets) buy all the goods, and head back after lunch. Man it was fun!!! 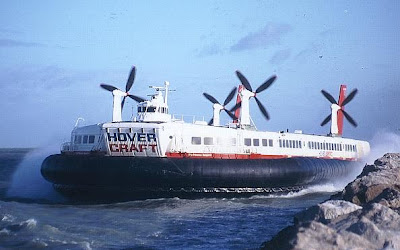 Is that trippy, or what?

And London itself would get all tricked out for the festive season.

The street corners would have old men standing over smoking barrels of roasting chestnuts – one of the greatest aromas ever. I have a million memories of walking out of cool jobs into the cold London air, all wrapped up in killer cool London chic and getting these little bags of salted roasted chestnuts from the street vendors.

I’m not sure if I ever actually ate them, & couldn’t for the life of me tell you what they actually tasted like, but the smell and the warmth they gave were deliriously fabulous! 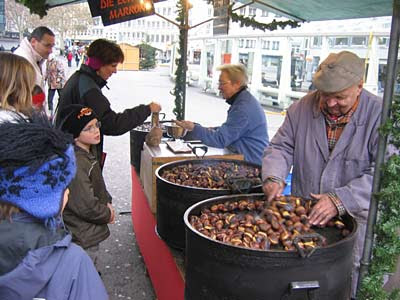 These guys are actually in Switzerland – I couldn’t find pics of the London ones, but you get the idea…
Can you just smell it???

And I soooo loved the way they would decorate the streets of central London, and more significantly the windows of the major department stores. They were completely fantastic! 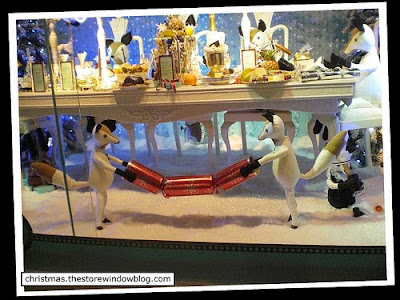 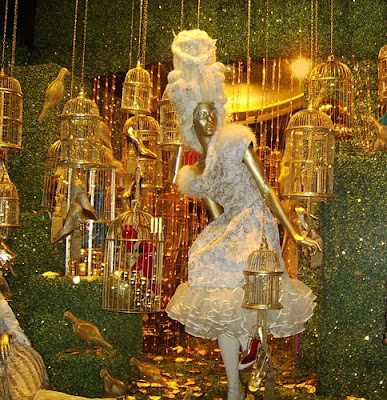 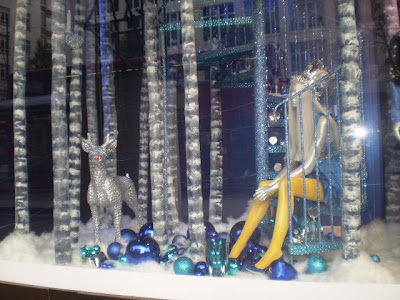 Back then I think they were even better than the Manhatten Christmas windows. Who knows? 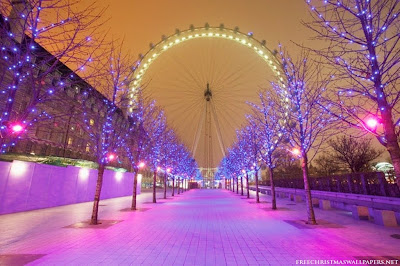 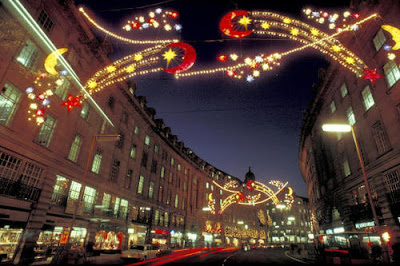 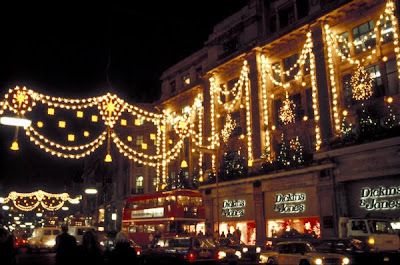 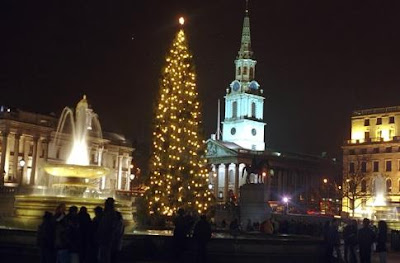 Anyway, the European Christmas experience was divine, and forever ruined me for summer Christmases.
My American Christmas? Love it! I get all kinds of homesick every year, but oh I how love winter Christmas!