Last weekend was so much fun!
NHRA Test & Tune was in town.
At Firebird Raceway.
Aaaahh!
The season is nearly ready to begin…

Test & Tune is where the teams get to bring their cars out and check out new set ups etc.
Last year tons of teams came to Phoenix.
This year more went to Florida the week before, so the turn out was slim.
Yet fun!

There weren’t too many folks out and about this time.

However.
We had a “Tweet up” going on.
Thats where a bunch of friends on twitter all get together.
The Nitro Twitter Gang flew in from all over.
They came in from Chicago, New Jersey, St Louis, Memphis, Sacramento
-many different places, for the 3 day event. 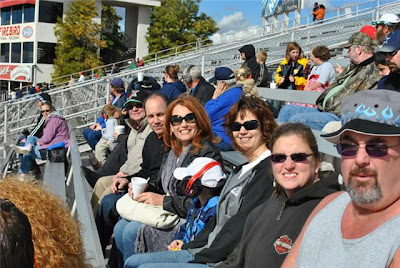 Here are some of us.
I had somewhat misleadingly led everyone to believe that if they flew out of the snow
the weather here would be gorgeous.

The 1st day was rained out. 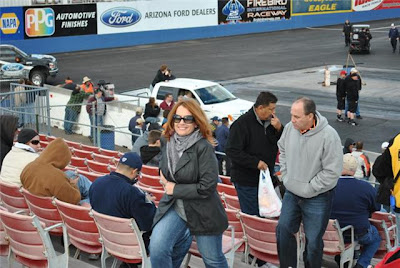 Day 2?
Brain bendingly cold. Who knew?
I should have been running the bleachers.
But I didn’t.

It was extra fun too, because the photographers who got me started in this whole NHRA business were there.
And they are fun.
So we hung out and had some laughs. 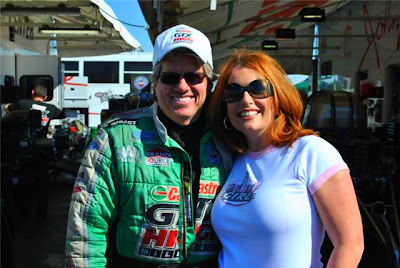 Drag Strip Girl shirt and the ever funny, ever high energy, wiley John Force.
He’s such a character! 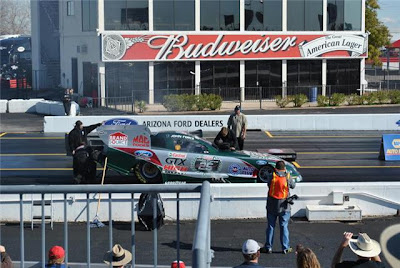 John Force Racing had three cars there this time.
Mike Neff is tuning John’s car this year instead of driving.
Bummer.

Bob Tasca was there as was Tim Wilkerson.
It was quite the Ford-fest.

Brandon Bernstein was there in his new blue Copart car.
Odd not seeing him in red. 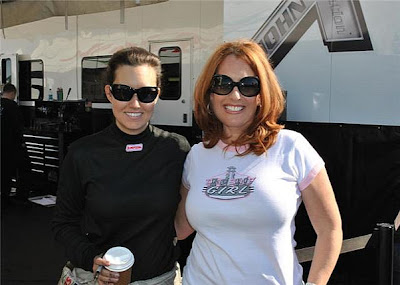 Ashley is one of the most glamorous, fabulous female pro athletes around. 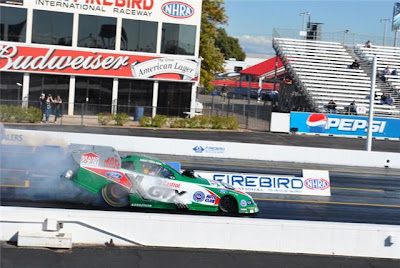 and she’s fierce!
This is her starting her first burnout of the day on Sunday.
Last year I wrote a blog post about the Western Swing, and asked readers who they wanted to win Funny Car.
The response was overwhelming!
From all around the world.
Who knew?
Sometimes over 100 hits per hour.
53% wanted Ashley to win.

Last year we saw the debut of the Al Anabi cars. They weren’t here this time, but we were all excited to see Cruz Pedregon’s new car. 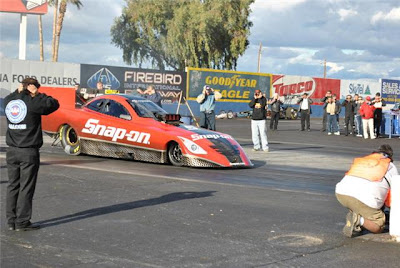 The Cruzer is often controversial (love that), makes for great TV (love that)
and you never know what he’s going to say next (love that!) 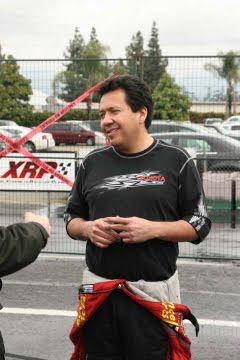 This is an old picture of him. 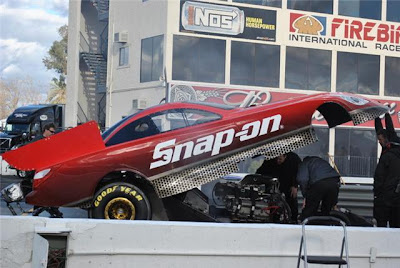 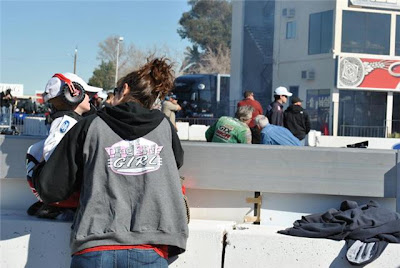 I have that exact same hoodie! I wear it on shoots.

NHRA is so fan friendly.
Drivers were coming over to say hi to that cute little boy.
That’s John Force in the green suit.
He had just been high fiving him.
Little kids remember things like that.
Forever.

I went up to the top end with my photographer friends
while they were snapping the shoots deploying. 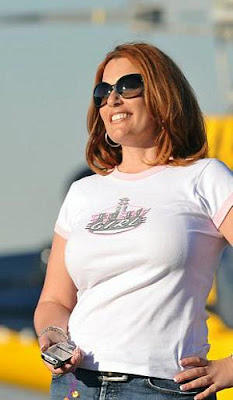 Wickedly cool.
Oddly quiet.
Especially after the high decibels at the starting line. 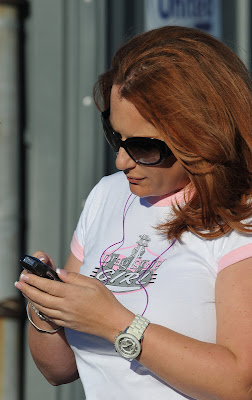 @NitroJohn meet at Wilkie’s in 10? Roger that buddy…

I hope we have more Nitro Twitter Gang Tweet Ups.
Really cool folks, and tons of fun.
You should join us next time…

I’m so ready for the season to begin!

all pictures courtesy of Gary Nastase and John Amorosano. Apart from that one of Cruz…