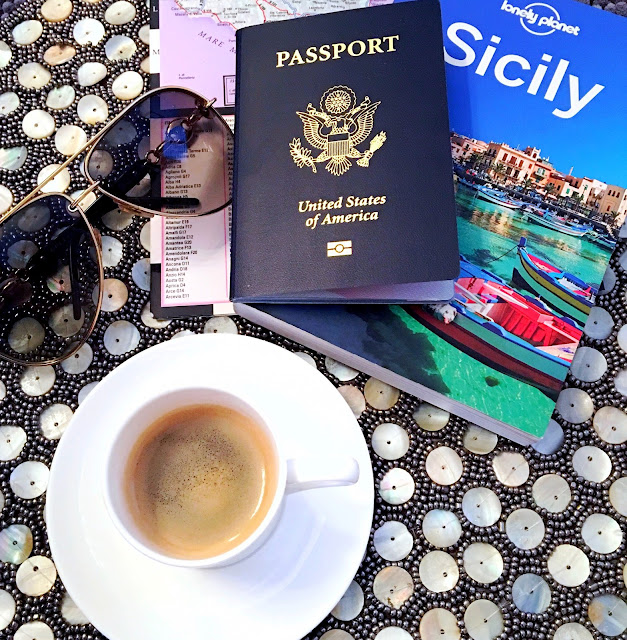 I just sent my passport off to be renewed.
I don’t believe in not having a valid passport, because I believe you have to be ready to jump on a plane whenever an opportunity shows up. Over the years I have known many people who have missed a work trip to Paris, a shoot in the Maldives, a chance to go to the Greek Islands, all because they didn’t have a passport.

If you have 6 months left on your current passport you need to renew it now. If you have less then 6 months you needed to renew it yesterday. If you don’t have a passport, go get one now.
You never know when you will need it.

Here is an article I found on Smarter Travel.com, written by Shannon McMahon

U.S. Passport Changes Are Coming: Here’s What You Need to Know

While it may seem easy enough to acquire or renew a passport if and when you plan a trip, the State Department says there’s about to be a massive backlog of passport applications. (More on that in a minute.) Plus, passports themselves are going to change. Here’s what you should know about both the expected passport application delays and the passport changes coming in the years ahead. You Should Renew Your Passport Now

A decade ago, an important piece of travel legislation made American passports much more in-demand. The State Department saw an “unprecedented surge” in applications when a 2007 law enacted by the 9/11 Commission established passports as necessary for all travel to and from Canada, Mexico, and the Caribbean. Millions of travelers acquired 10-year passports that year as a result, and now they’re all about to expire. It’s safe to assume many of those passport holders will need to renew, which means that passport applications will jump significantly once again.

Related: Worry less about the unexpected. Get a Free 10-Day Look with Allianz Travel Insurance, the world leader in travel insurance. Make sure you’re covered!

Concerned about wait times yet? Passport renewal already takes about six weeks, and many destinations require foreign passports to be valid for months after your trip. Factor in unknown delays, and you might have a lot less time to renew than you thought. A newer federal law, the REAL ID Act, will soon enforce updates to all state-level identification in the form of security features like machine-readable data. Now people in some states that are lagging behind in the technology are realizing that their licenses might soon be invalid for air travel—even on domestic trips. That could mean a rise in passport applications as well.

Travelers using IDs issued by certain states—for example, Maine and Missouri—could be turned away at the gate starting in 2018 if their state doesn’t adjust to the new standards in time. Some states are under review and have been given a deadline extension, but all licenses must comply with the standards by 2020. Frequent travelers worried that their state won’t comply in time may go ahead and renew or acquire a passport instead. Find out if your state has complied or been given an extension here. Like state IDs, passports will now include added technology to ensure security and decrease fraud. Catching up with many other countries, U.S. passports changes mean that new passports will include a data chip that can provide all your personal info upon scanning it onto a computer. You can also expect your new passport to be lighter—rather than the 52-page passports of the past, only 28 pages will be included unless you opt to get more. If you’ve lost track of when your own passport needs renewing and you travel with children, double-check your child’s passport as well. Child passports are only valid for five years, and they’re subject to more paperwork, like parental consent forms and proof of a parent-child relationship. How to Renew Your Passport

You can apply for or renew a passport online through the State Department, or in person at an eligible local agency like the post office. Make sure you follow instructions carefully and meet all the requirements, like the new rule against wearing glasses in your passport photo. Doing so could further delay the process.

Correction: An earlier version of this story stated wearing glasses in a passport photo could mean re-applying and again paying the application fee. According to the Department of State, photos can be re-submitted without again paying the fee.