~ the secret to life is about choices ~ 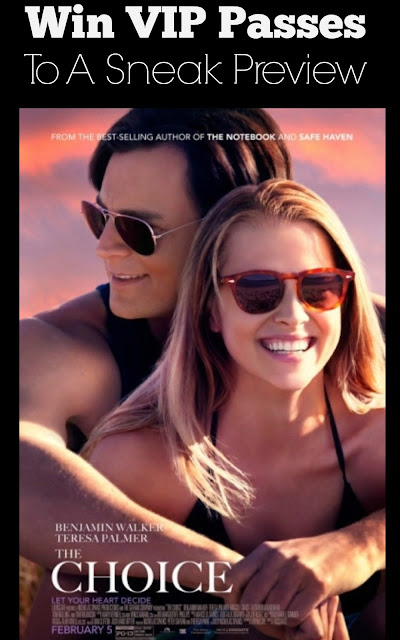 Lionsgate Films has very kindly given the Corinna B’s World blog 5 pairs of passes for the advanced screening of The Choice. 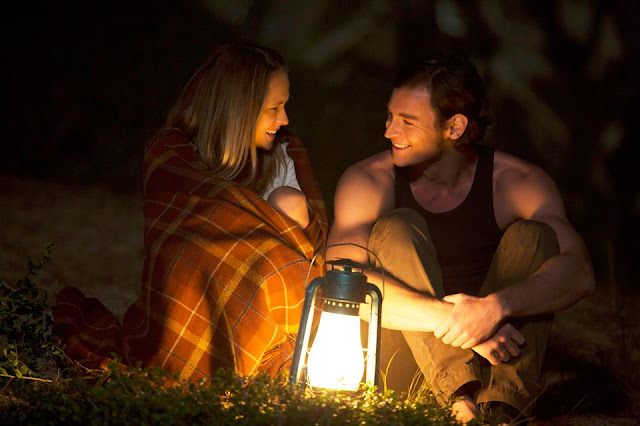 This is the latest film to be made from a book by best selling author Nicholas Sparks (The Notebook), and is being released just in time for some juicy Valentine’s Day romance. 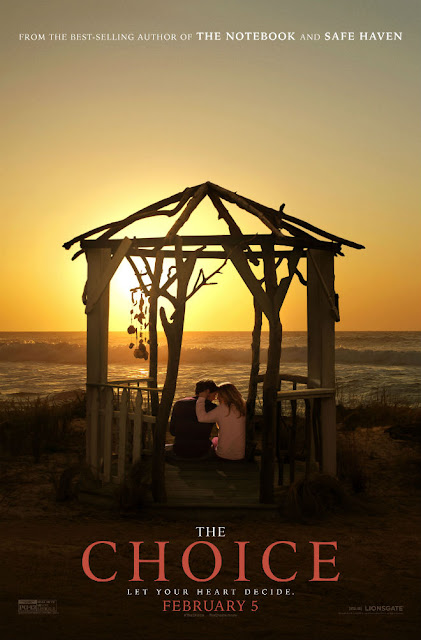 
When feisty medical student Gabby Holland moves in next door to perennial ladies’ man Travis Shaw, they embark on a surprising romantic journey neither imagined possible. Travis has always believed a serious relationship would cramp his easygoing lifestyle, while Gabby is preparing to settle down with her long-term boyfriend—until an irresistible attraction between the unlikely couple upends both of their well-planned lives. Spanning a decade and tracing the evolution of a love affair that is ultimately tested by life’s most defining events, this story features a memorable ensemble of friends and family in Sparks’s beloved North Carolina setting, culminating with the question that every couple must ask themselves:  how far would you go to keep the hope of love alive?

How To Win Your VIP Passes

The screening is in Arizona On February 3rd 2016 at 7pm.
This giveaway is being run by Rafflecopter.
There are lots of ways to win, and you can boost your chances of wining by re-entering every day!
The giveaway starts January 25th and ends February 1st