Have you been to Venice recently? Are you planning a trip to Venice? Maybe you’re just interested in the most unique city in the world? There is so much to see and do in Venice, and amongst all the options available to you are some trips to the outer islands.

Everyone hears about buzzing out to Murano and Burano, but fewer seem to make their way to Torcello. One of my Glam Italia tours this summer had several days in Venice, and Torcello was on the schedule. I was amazed at how many people tried to talk me out of taking people to this more remote island. I hadn’t been for a few years, but remembered it as being special, so thankfully I didn’t listen. In case you are hearing some of the same, I want to make sure you add Torcello to your list of must sees.

Scroll to the bottom of this post to get my free Top 10 Secret Places In Venice PDF!

The Story Of Torcello

Torcello was the first of the lagoon islands to be inhabited. After the fall of the Roman Empire the Veneti fled the mainland for the safety of the island, escaping the recurring barbarian invasions, especially around 452 when Attila The Hun wrecked his path of destruction through the area.

Over the next 200 years the relative safety of the island lead to a recurring influx of refugees including the Bishop of Altino. Torcello became the official seat of the bishop in 638. The island’s importance as a trading center grew and by the 10th century between 20,000 and 35,000 people lived there. 20,000 is the most commonly used number, but some archeologists are saying it was more likely around 3000.

The successive plagues of the middle ages devastated Venice’s population. The growing marshland around Torcello attracted malaria carrying mosquitos and traders stopped coming to the island. In 1689 the bishop’s seat moved to Murano, and by 1797 the population was down to 300. The current full time population is 10.

Things To See On Torcello

Torcello is quite small, with the main tourist attractions all centered in one area. From the vaporetto it’s an easy 10 minute walk along the canal past restaurants and bars into the heart of the tiny town.

Most of the palazzi, the parishes etc are all gone, the materials having been recycled into other buildings around Venice, but there is still one medieval palazzo surviving. 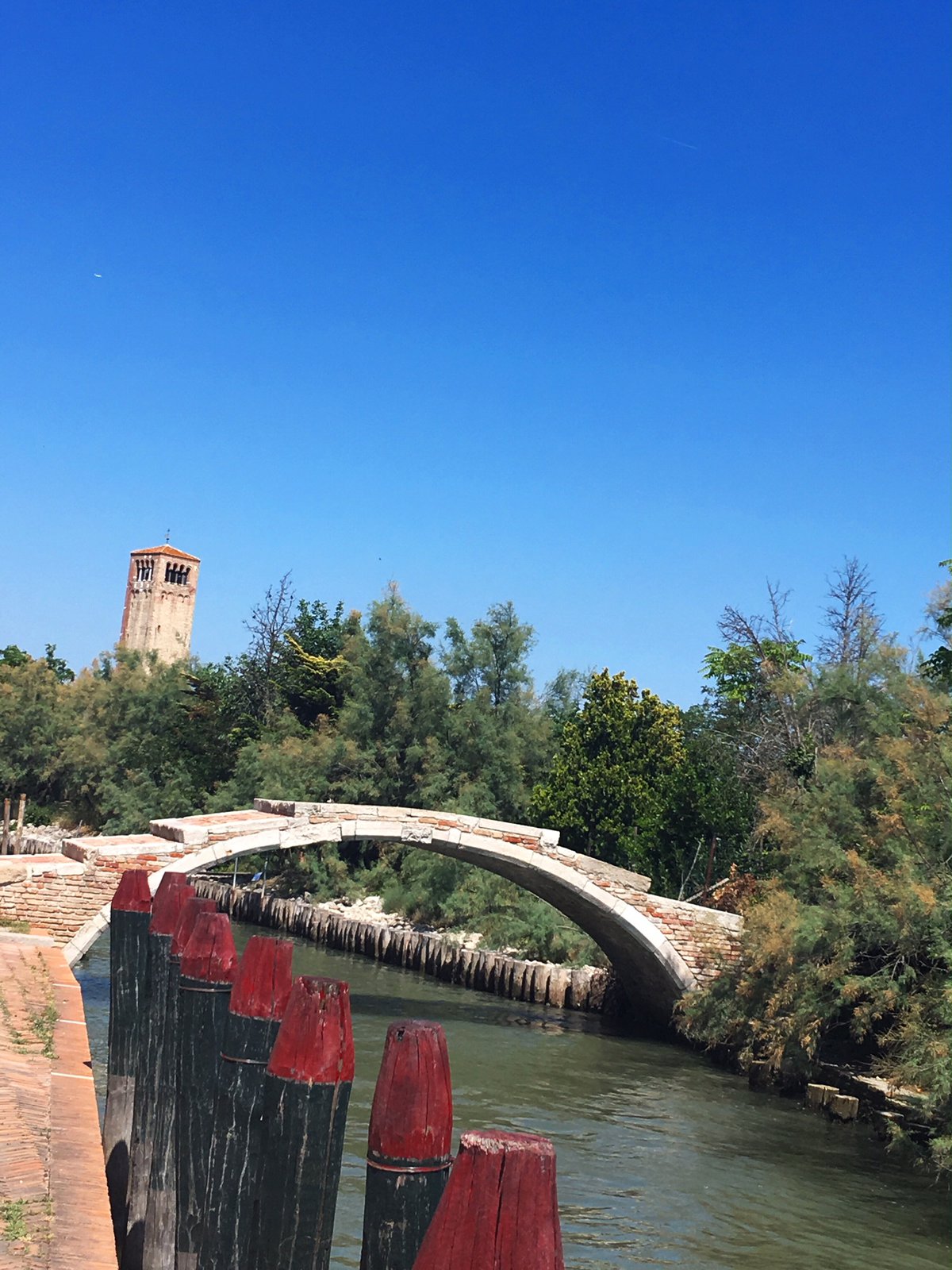 As you walk in to town you pass the 15th century Devil’s Bridge/Ponte del Diavolo. There are several legends attached to the bridge. One says it was named because the devil built it in just one night. Another says the devil waits there to steal the souls of 7 innocent children as payment for reuniting 2 lovers, a Venetian girl and a murdered Austrian soldier (who may have died at the hands of her family)

RELATED: My new book Glam Italia! How To Travel Italy is now available here on Amazon.com

The Museum Of Torcello

In the heart of town the Museum of Torcello (1887) has both medieval and modern works of art as well as archeological finds. Around the museum you will see statues, pieces of columns, and stone reliefs, backing onto a lovely vineyard. 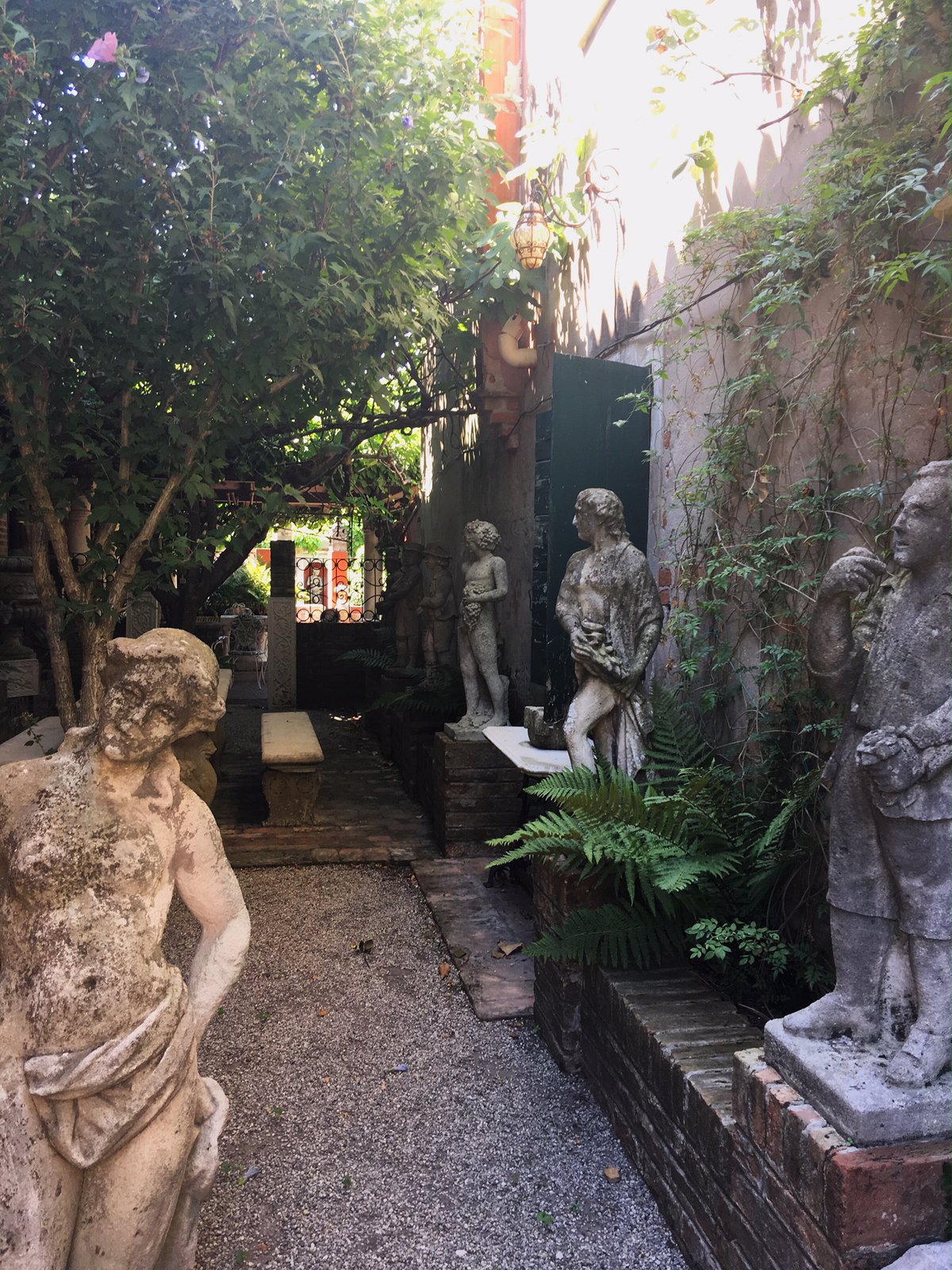 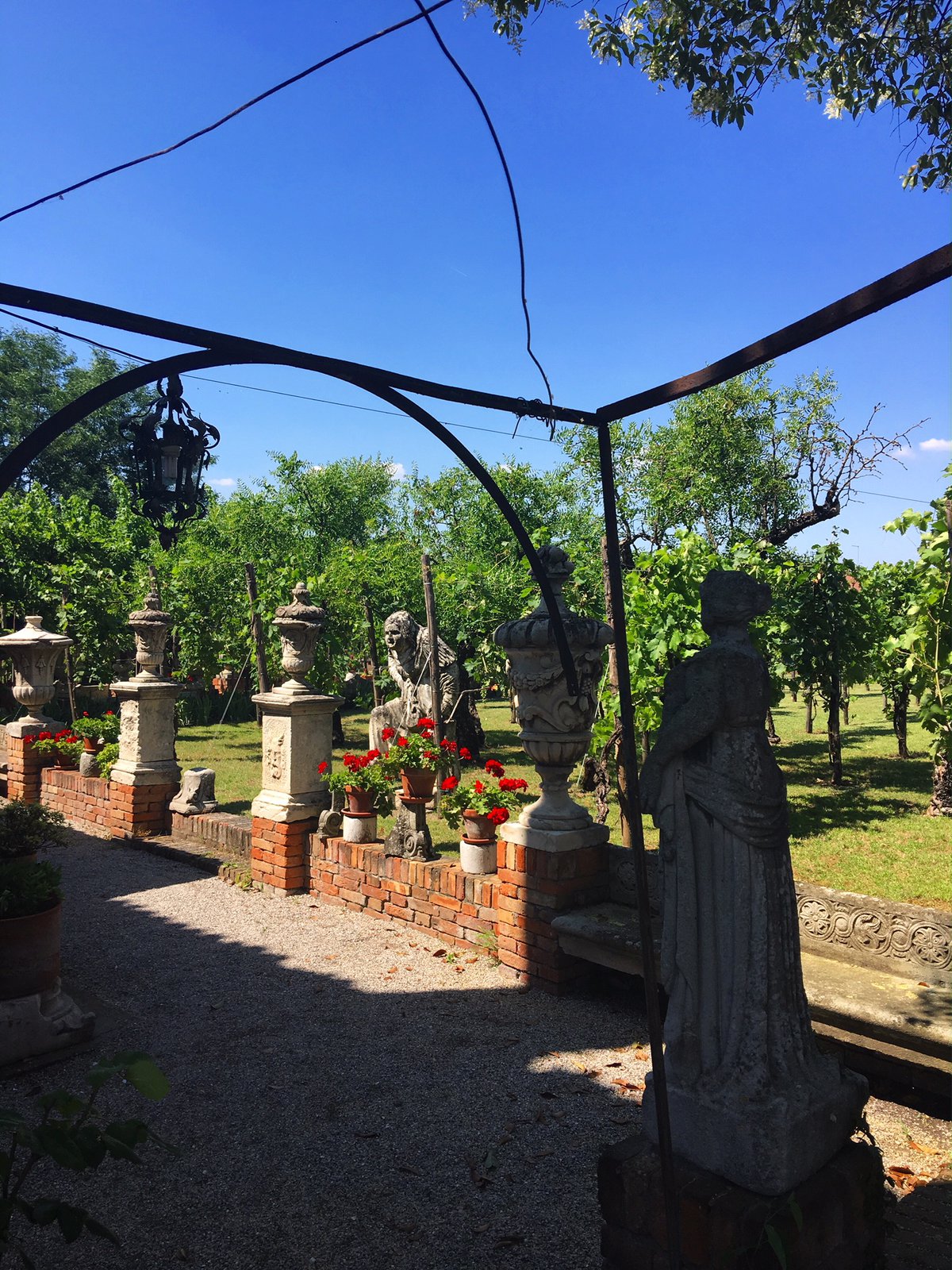 Also known as the Throne of Attila sits there too, but is actually thought to be the chair used by the bishops of Torcello, not the Hun.

Opposite the  museum there are 2 churches.

The Church of Santa Fosca 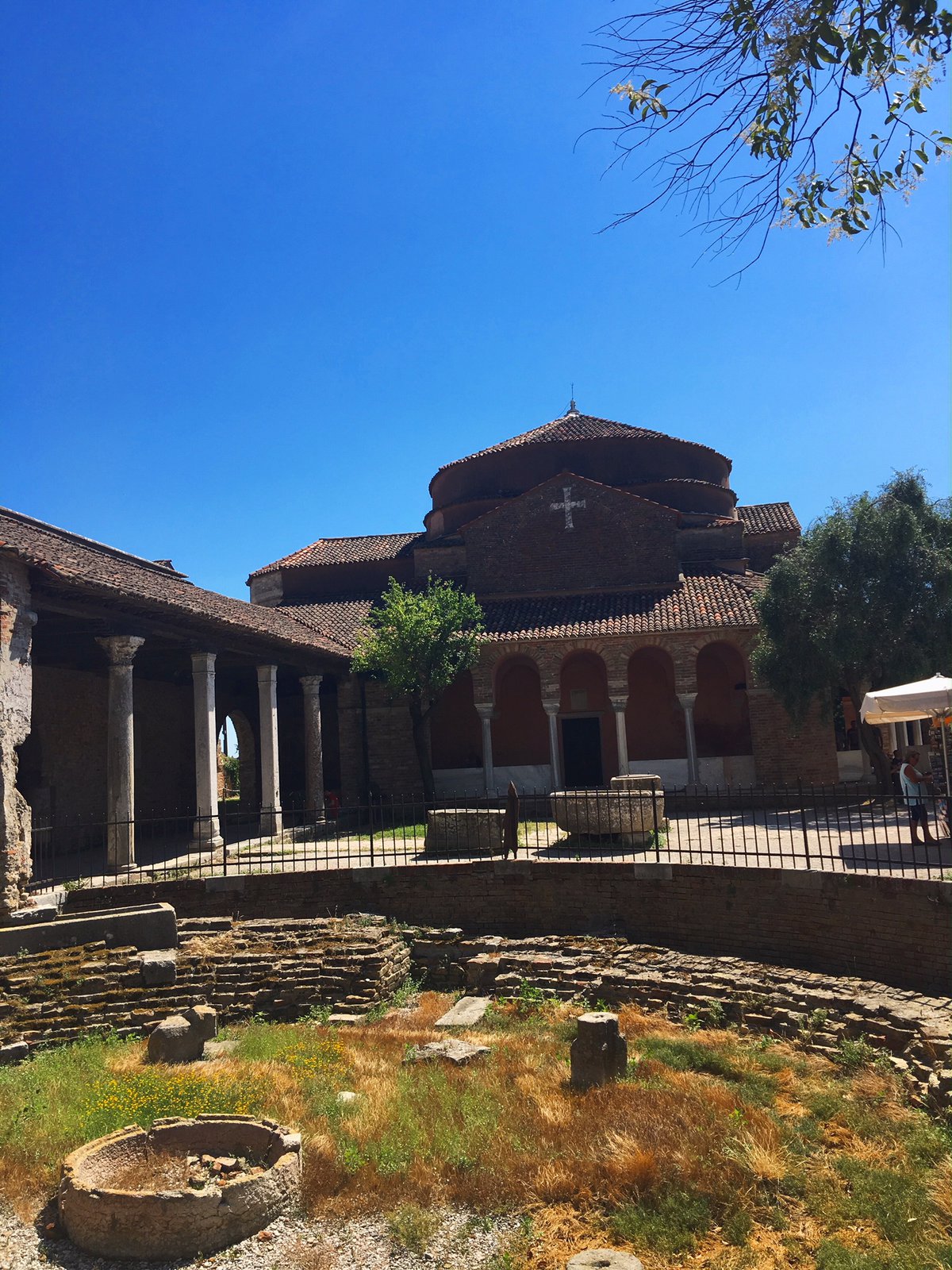 This Greek-style church was built in the 11th century to house the remains of 15 year old Fosca of Ravenna, martyred in the 3rd century, and who’s bones lie under the alter.

The Cathedral of Santa Maria Assunta 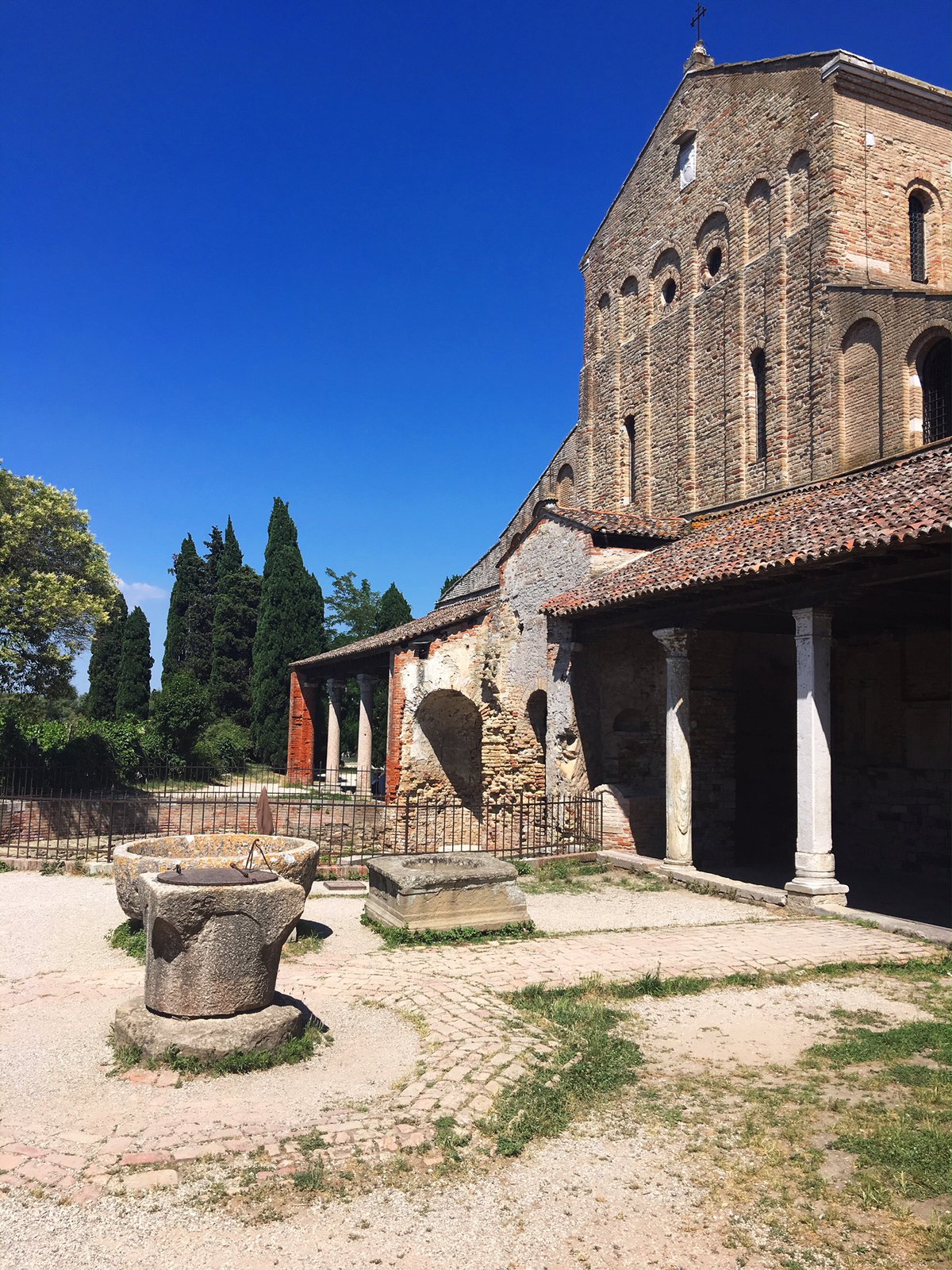 The basilica stands next to Fosca, and on its own in my opinion, is worth making the trip to Torcello. Originally built in 639 but rebuilt in 1008 Santa Maria Assunta is home to 11th and 12th century Byzantine mosaics that are just breathtaking. Newly restored and just ethereal when the light hits them, these mosaics are sensational. 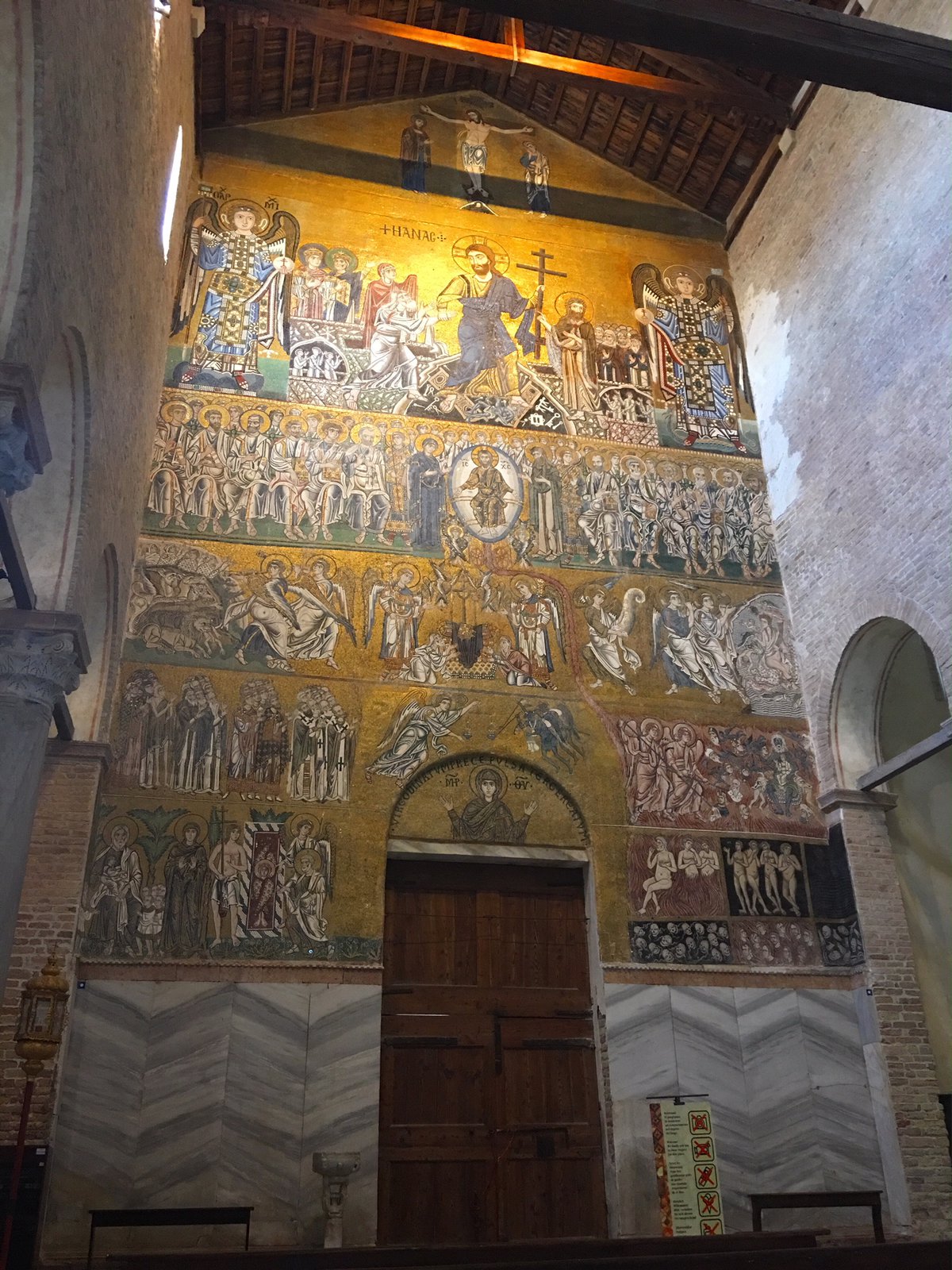 The mosaics taking up most of the west wall at the entrance, are complex and majestic. The Crucifixion is at the top, above the high energy Harrowing of Hell, which in turn sits above the Last Judgement.

The series of The Damned, to the right of the doorway is quite fascinating all by itself. The bottom panel to the right of the door shows what happens to the envious, with worms coming out of the eye sockets of skulls. It must have been quite terrifying to people who couldn’t read, only knew life here in this place, and got all their information from the church. 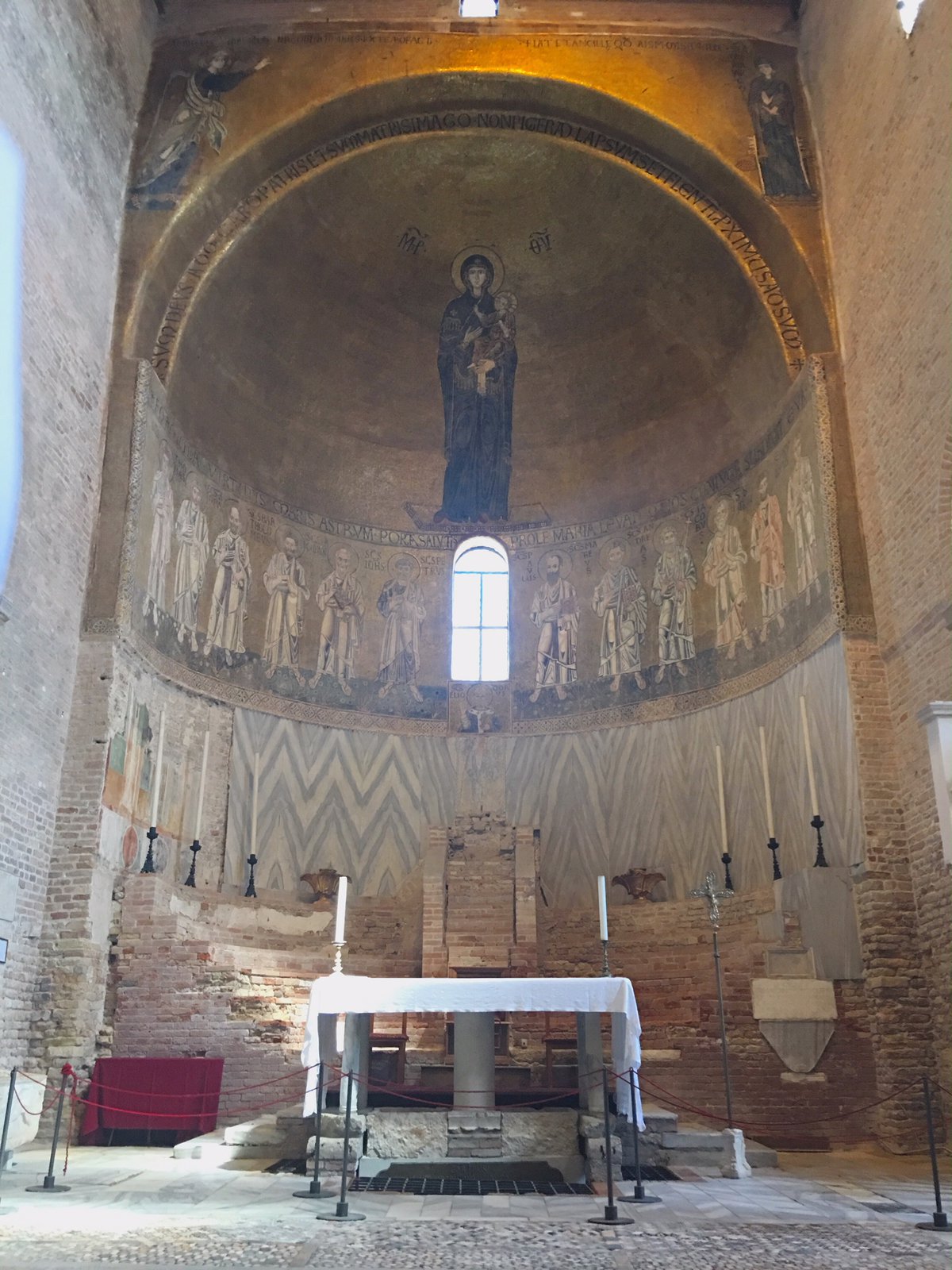 At the opposite end of the church the main apse features the huge and famously beautiful mosaic of the standing Virgin Hodegetria alone against the gold background, above a register of saints. She really is majestic, and completely mesmerizing. I could sit there looking at her for hours. 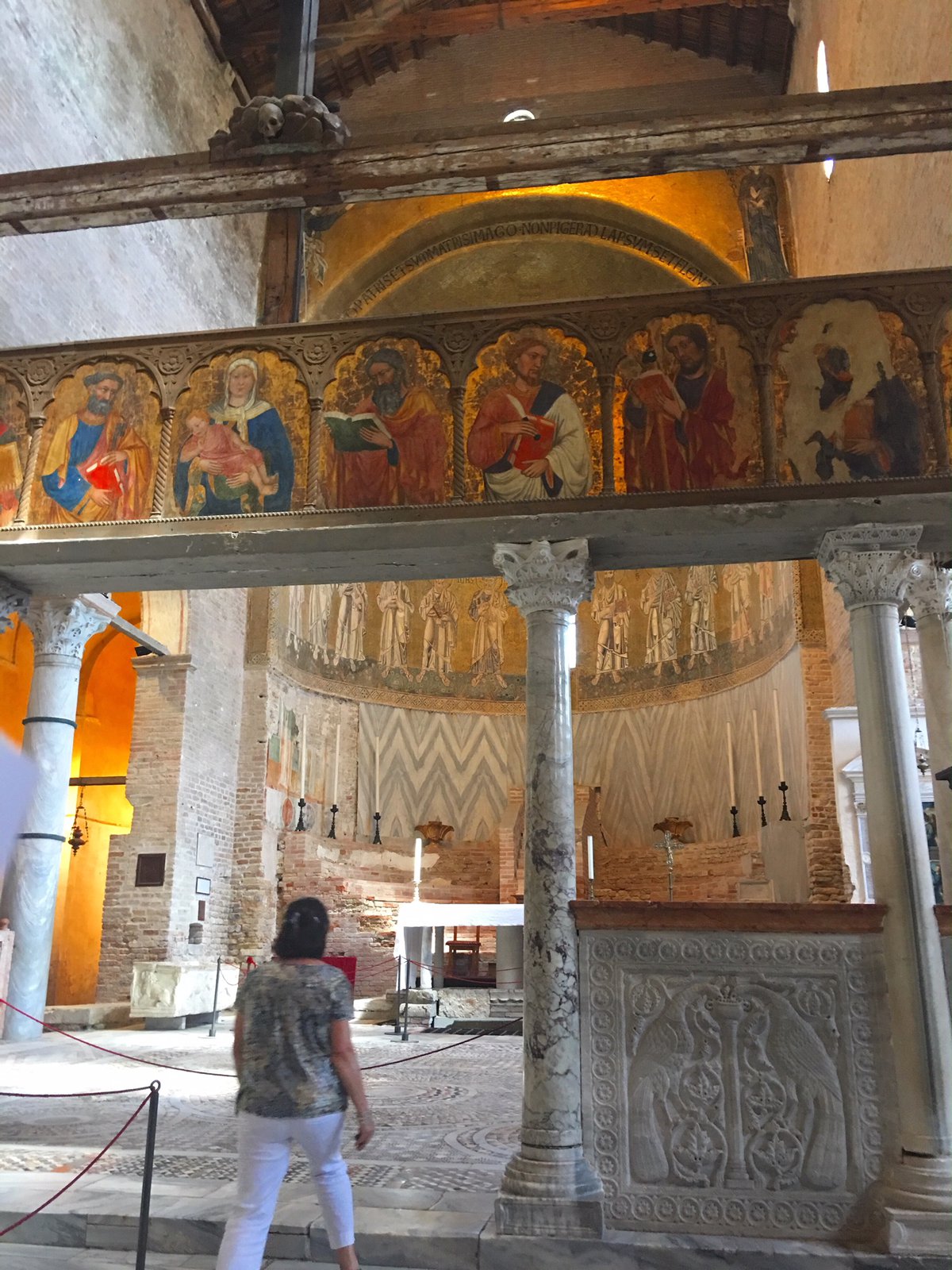 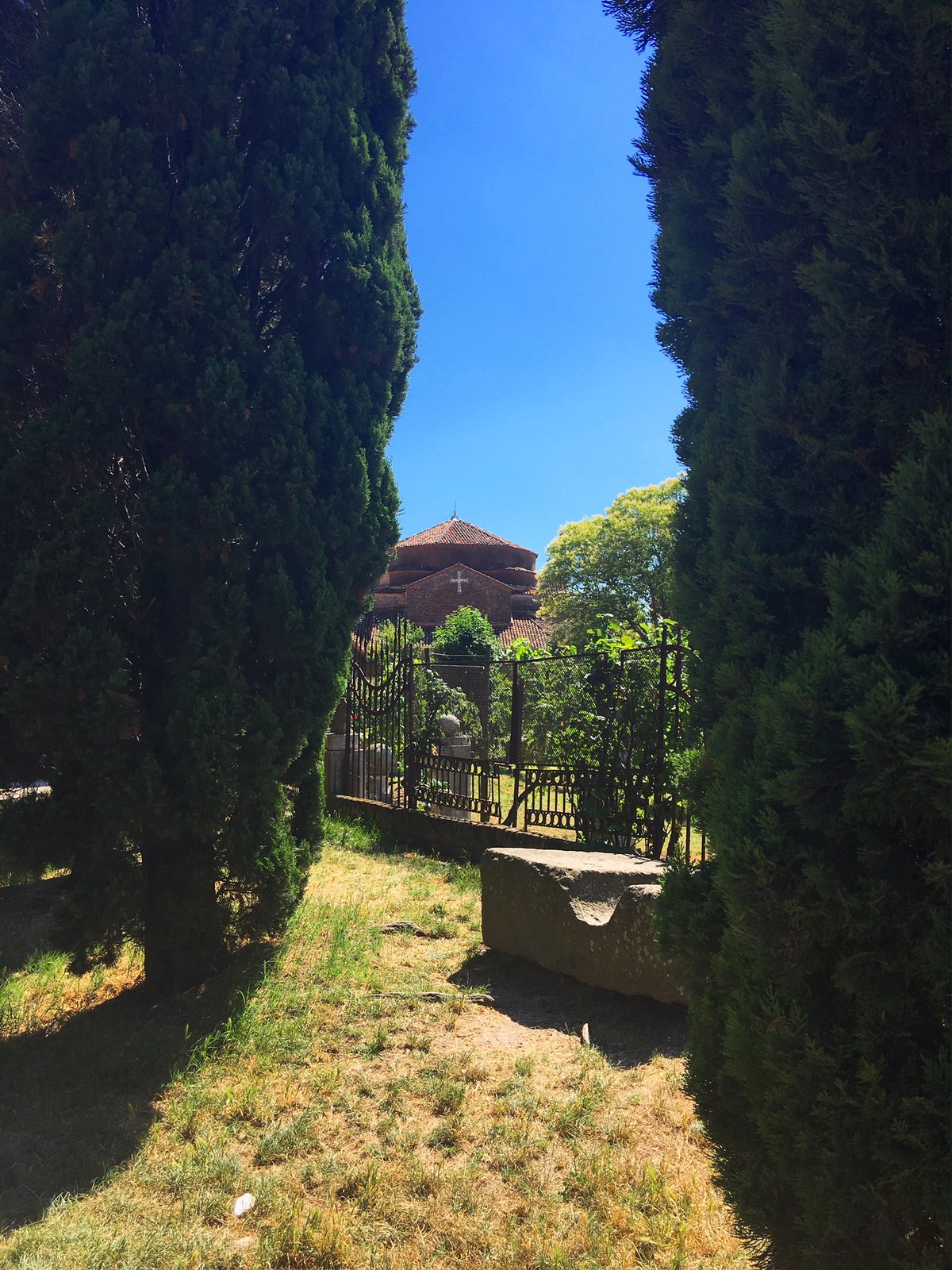 Torcello is only a few minutes from Burano by vaporetto.

From Venice you can get the 12 Vaporetto at Fondamenta Nove. The 12 will take you to Murano, Torcello and Burano.

I have made a free downloadable PDF with my Top 10 Secret Places in Venice. This has my favorite restaurants, places to go and things to do in Venice, all of which are super special and are far from the crazy crowds!

You can get your copy HERE